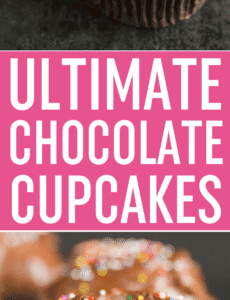 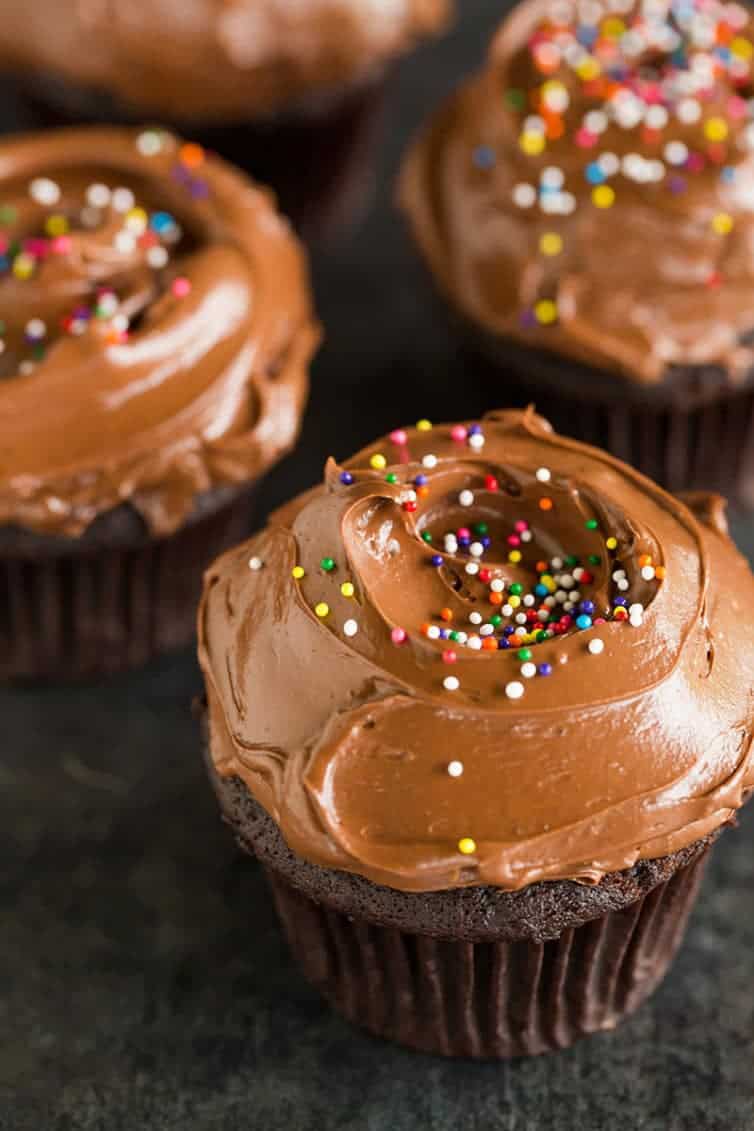 I have shared approximately one billion (actually, 40) cupcake recipes over the years, but this is the ONLY chocolate-chocolate version you’ll find. I’ve had some chocolate cupcake bases, but those were topped with things like peanut butter frosting, espresso buttercream and salted caramel frosting… then there were the faux Hostess cupcakes, the black-bottom cupcakes and the vegan chocolate cupcakes.

They are all amazing cupcakes, but when you need something fabulously rich and overflowing with chocolate flavor, this recipe is absolutely IT… done and done. I use this recipe anytime I want chocolate cupcakes; I’ve never even been tempted to try other recipes since finding this one. 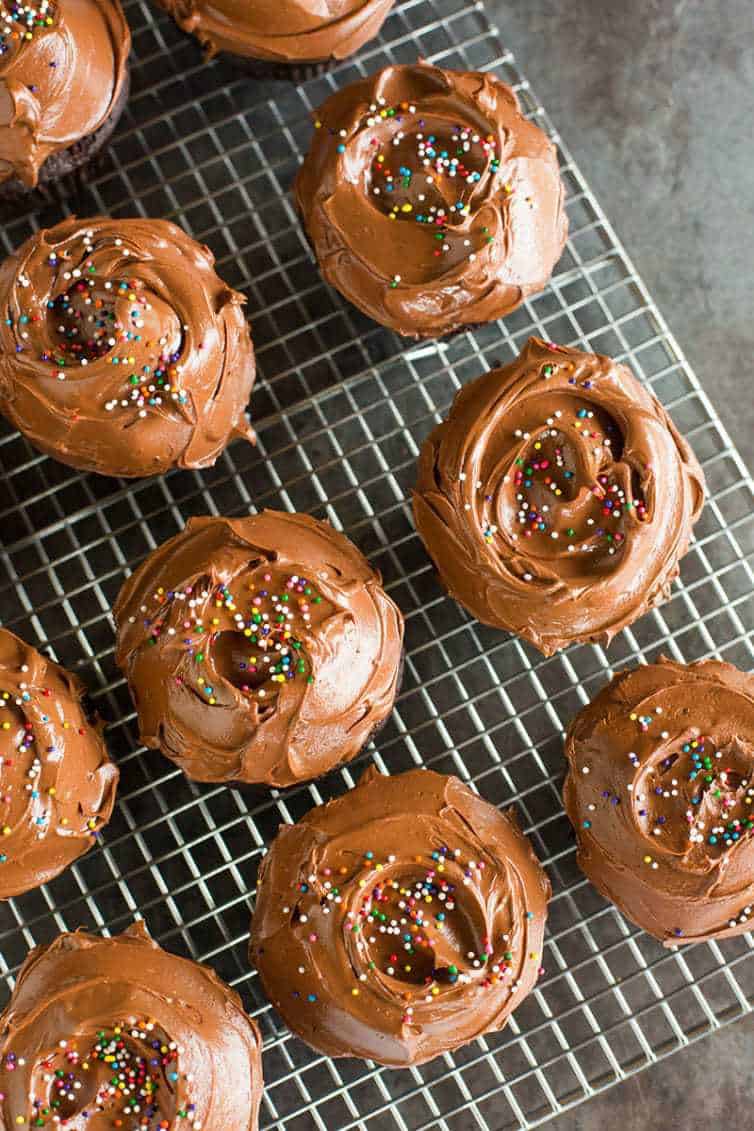 First things first – the cake part of these cupcakes is phenomenal. It’s often times hard to find a cupcake recipe that not only domes perfectly when baked, but is also moist and tender inside (not dry and crumbly). These are all of that and more; they totally melt in your mouth.

To enhance the flavor and the moist texture, a dollop of chocolate ganache is placed on top of the cupcake batter before they are baked. It’s an optional step and you can make the cupcakes with out it, but I highly, highly recommend it (obviously, ha!). 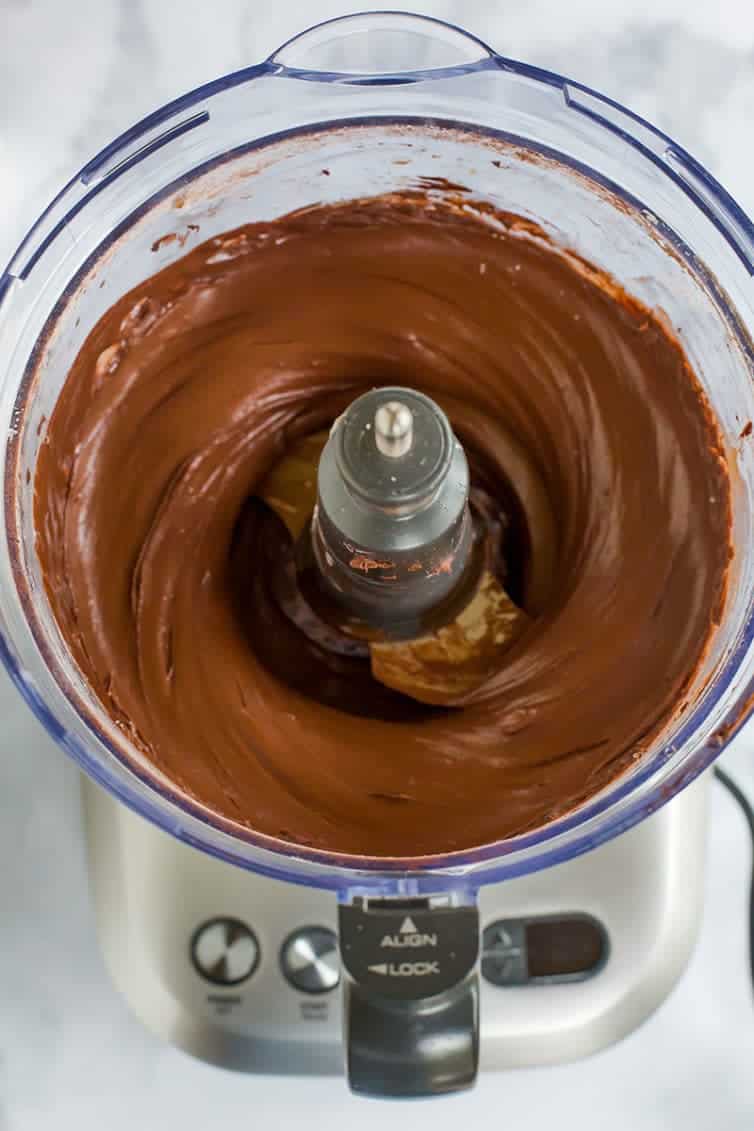 And oh my, the frosting. It’s almost beyond words. Satiny smooth, buttery, just sweet enough and oh-so-chocolatey. I could (and did!) eat it with a spoon. Piled high on those cupcakes, it’s the perfect frosting-to-cupcake ratio for me. I do the whole “go big or go home” when it comes to frosting on cupcakes; no wimpy swirls here, only big, billowy mountains of chocolate frosting.

The way things were meant to be. 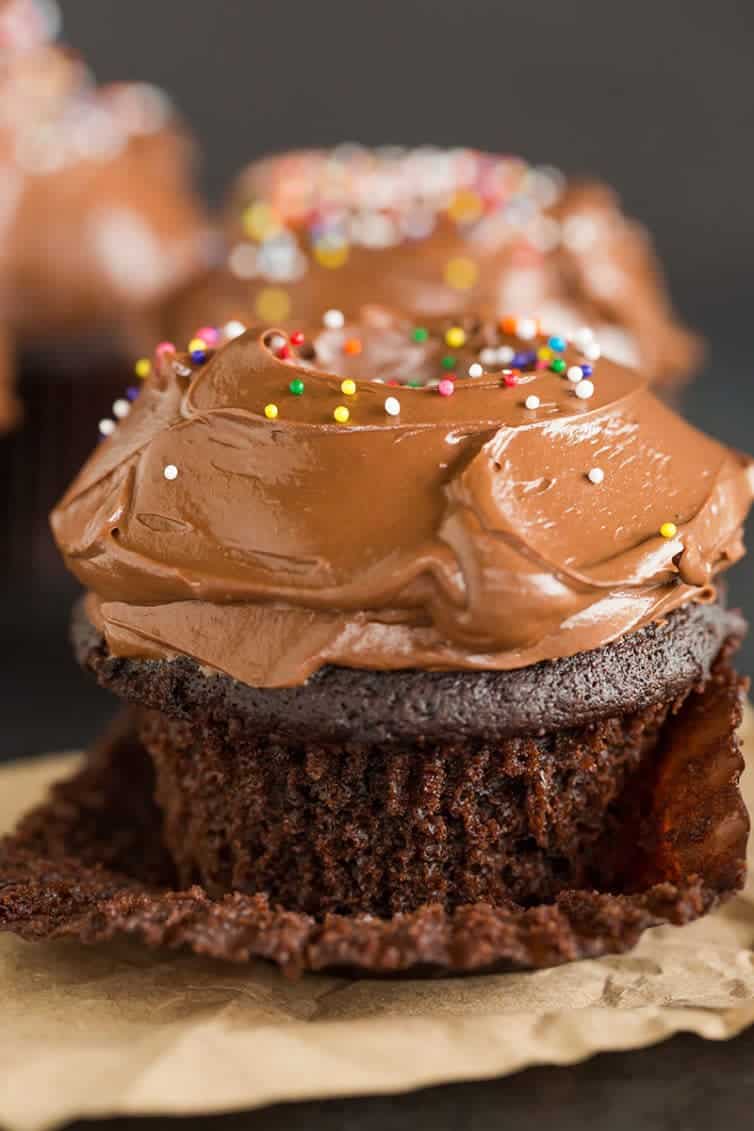 A couple of quick notes on this recipe:

Do you Need Gluten-Free Chocolate Cupcakes?

While I have not personally created a gluten-free version, here are comments from readers who HAVE turned these into gluten-free cupcakes with success:

My daughter made these, at 11 years old. We made them, with gluten free baking mix, but otherwise followed the recipe and boy were they beyond delish. Just the right consistency in the cake, and the ganache in the center was a lovely addition. She shared them with our friends, and has been commissioned to make some more for them, as they have to eat gluten free…and rarely get such a delicious dessert. Well done! ~Gretchen A.

The best cupcakes ever! I changed them to Gluten Free all purpose flour and one teaspoon on Xantham gum, the best gluten free cupcakes we have every made! Thank you ~Dawn 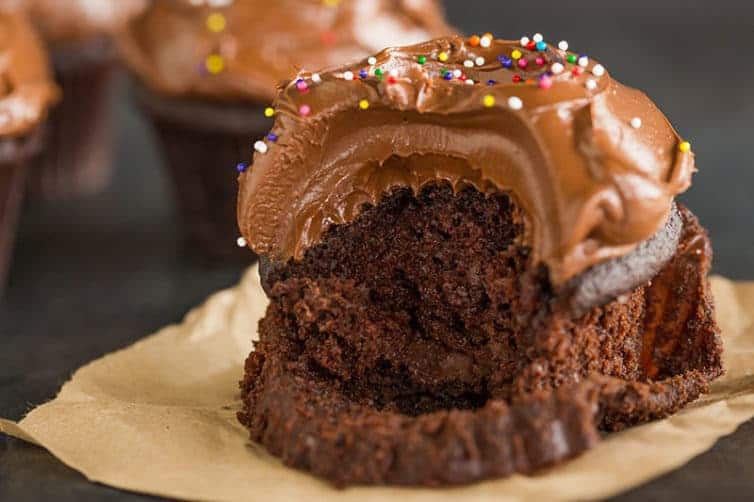 This coming Sunday is Mother’s Day and I know everyone is clamoring for light, bright, spring-y desserts loaded with fruit, and I have a couple of those coming for you this week, but if your mom (or grandma, aunt, sister, wife, or whoever you are celebrating on Mother’s Day) is a chocolate lover, you can give her no better gift than these amazing cupcakes!

For the Ganache Filling 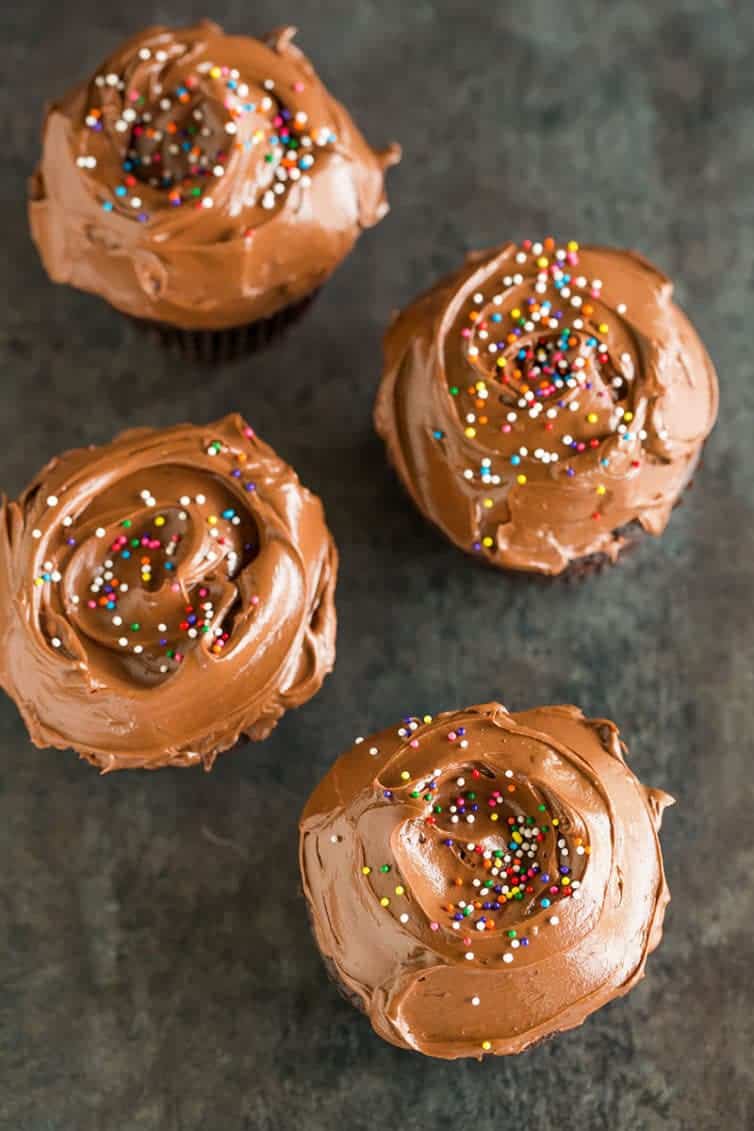 This recipe was originally published on August 20, 2013. 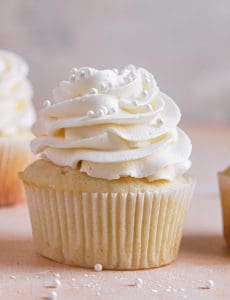 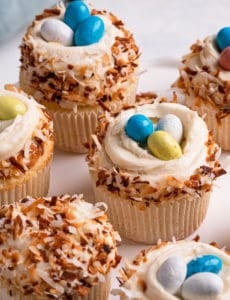