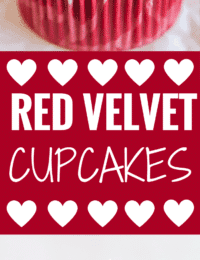 These are the absolute BEST red velvet cupcakes! A gorgeous red color, moist and fluffy, and topped with a luscious cream cheese frosting. The perfect Valentine’s treat! 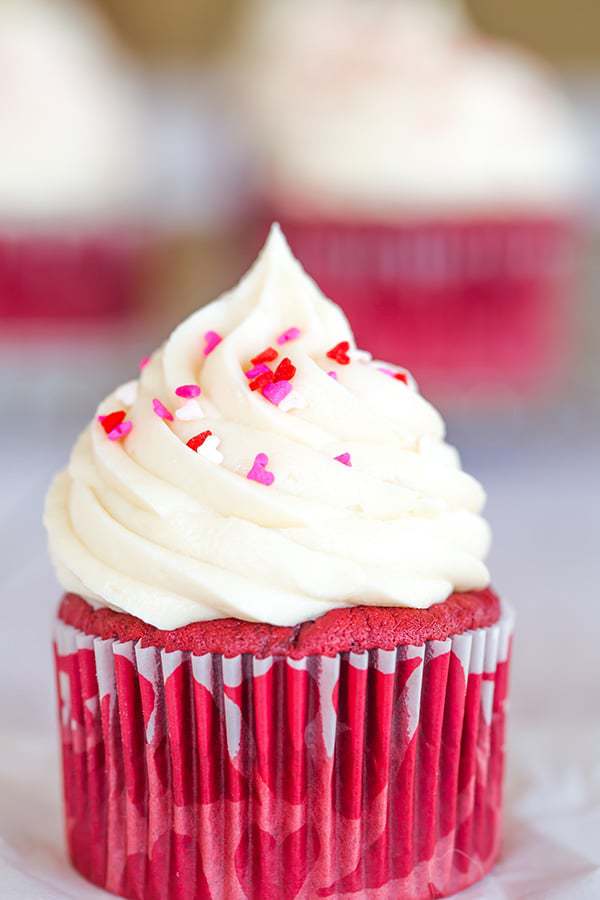 Really, really good red velvet cupcakes can be totally elusive, right? Some are dry, some are TOO red. And what’s the story behind red velvet cake (and cupcakes) anyway?

After doing a little research, I found that while foods were rationed during war time, bakers used boiled beets to enhance the color of their cakes and to retain moisture. Red velvet cake was a signature dessert at the Waldorf-Astoria Hotel during the 1920s, and was also well-known in the restaurants and bakeries of the Eaton’s department store chain in Canada during the 1940s and 1950s. Many attribute the cake’s recent popularity to the film Steel Magnolias, in which the groom’s cake was a red velvet cake in the shape of an armadillo.

I wasn’t always sold on red velvet, but I am now a full-fledged convert! 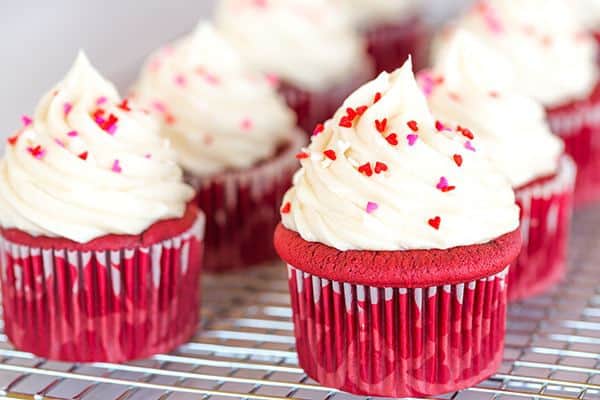 When I first tried a red velvet cupcake, to say that I was underwhelmed would be a gross understatement. After all of the buzz that red velvet had been receiving, I was expecting to be blown away.

What I ate was pretty dry and tasteless (although the cream cheese frosting was good!). I wasn’t impressed (obviously) and it was about six months before I would try one again.

During a little Georgetown cupcake tour while in DC for a weekend, I had a red velvet cupcake from Baked and Wired. It was seriously amazing. It changed my mind about red velvet – it was fluffy, moist, with a hint of chocolate, and was all kinds of delicious. I was an official convert. 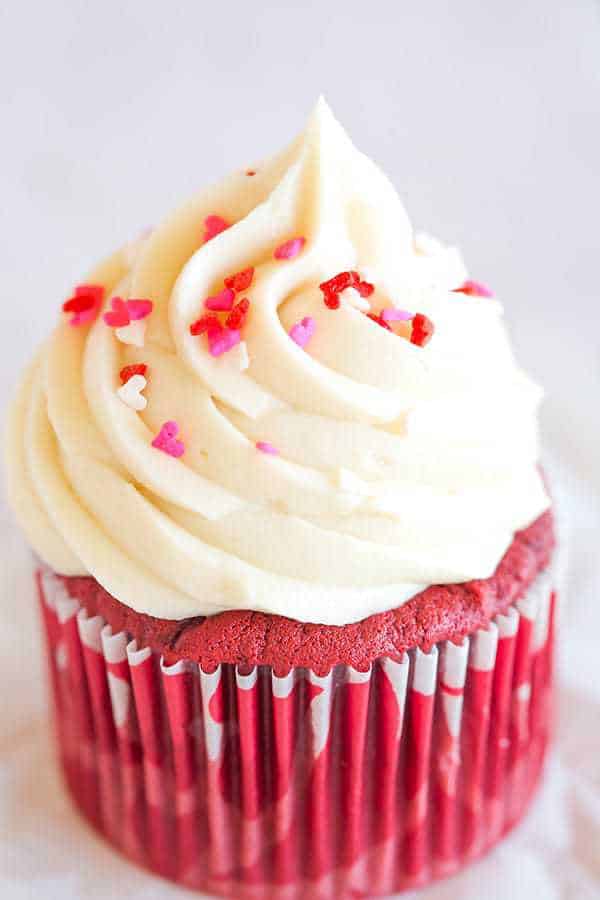 The next step, of course, was to make a great one at home. I did some reading, I looked at a lot of recipes, and in the end I decided to try this one, which originated at the Hummingbird Bakery. And I’m so glad I did, because I don’t think a better one could exist.

If you are looking for a super moist red velvet cupcake recipe, this is IT! They are everything I was hoping for – moist, fluffy, a tiny bit chocolatey, and a perfect vehicle for a heaping pile of cream cheese frosting! 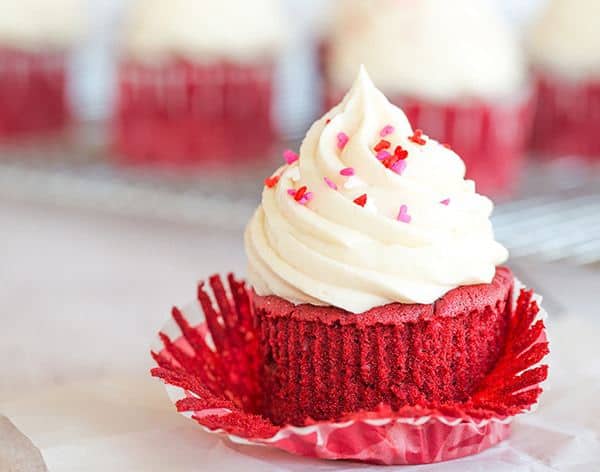 All red velvet cakes have specific ingredients in common: cocoa powder, white vinegar, buttermilk and baking soda; the reaction of the vinegar with the buttermilk helps to pull out the red color in the cocoa powder.

CAN YOU MAKE RED VELVET Cupcakes WITHOUT BUTTERMILK?

So, you want to make red velvet cupcakes, but you don’t have buttermilk. No problem – you can make your own! 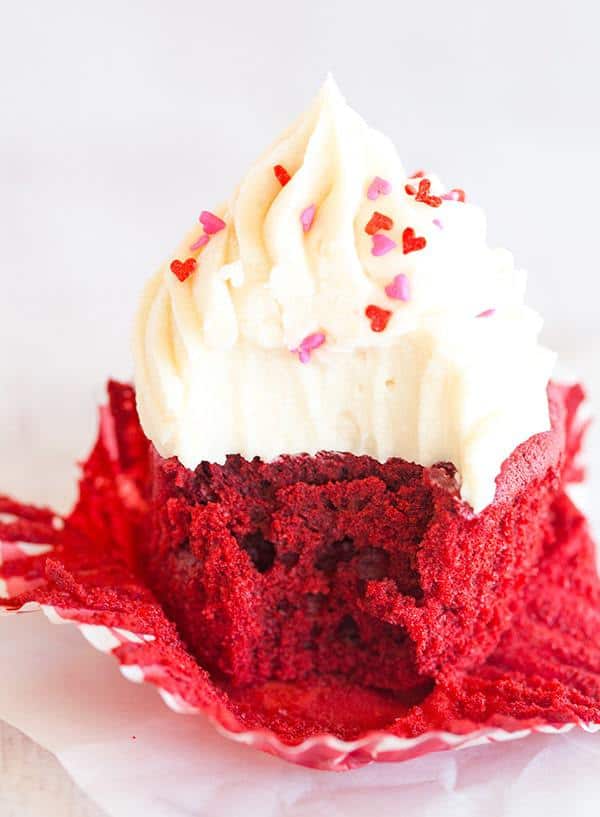 Red velvet cupcakes are amazing any time of year, but (obviously) especially around Valentine’s Day.

Dress them up with some pink and red sprinkles and share them with someone special! 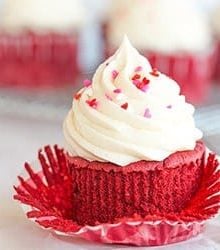 This recipe was originally published on November 8, 2010.