Looking Back: 10 Years of Blogging 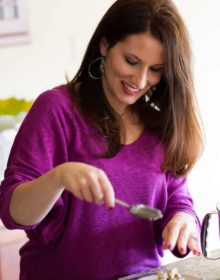 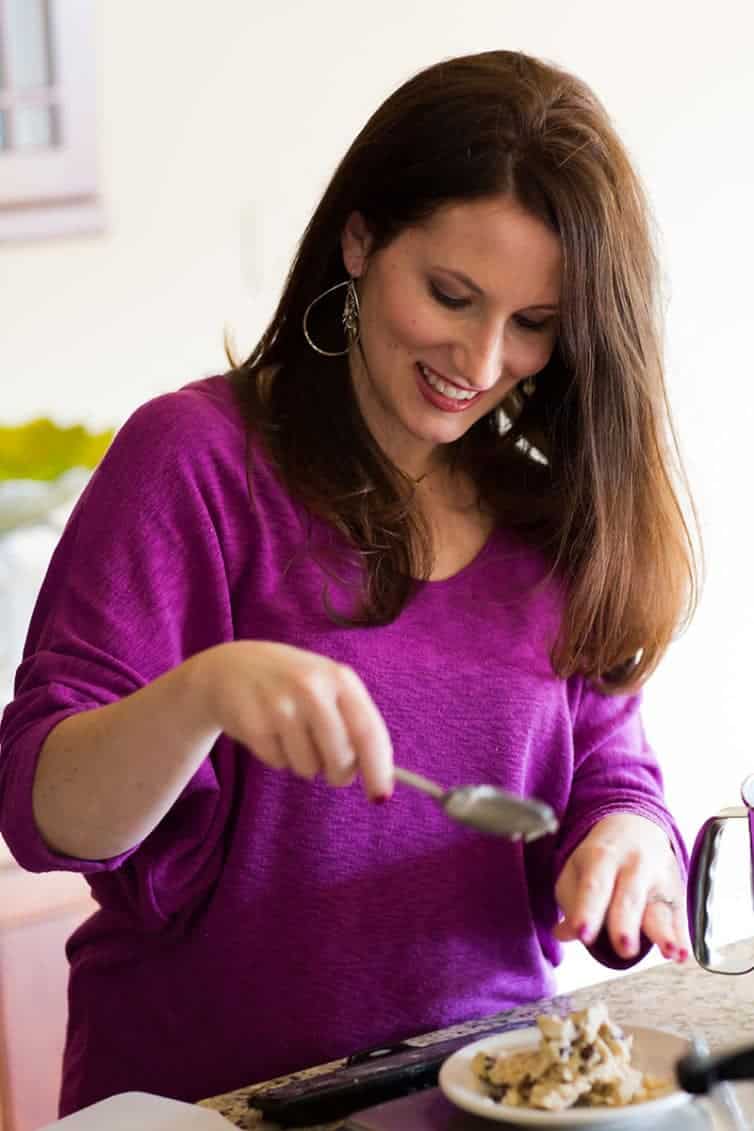 Earlier this month, Brown Eyed Baker celebrated its TENTH birthday, which is absolutely mind-blowing when I sit down and really think about it. Over the last few weeks, I’ve been rewinding and reliving those early days and thinking about how different life is now than it was when I first hit “publish” on my recipe for Italian wedding soup on February 11, 2007. It feels like a lifetime ago, and in many ways, it was.

I’ve moved three times, brought two heartwarming dogs into my life, had to say goodbye to one of them, got married, and have given birth to two beautiful boys who light up my days. It’s been quite an adventure, and one that I thought you would enjoy reliving with me as we look back, and forward, as well! 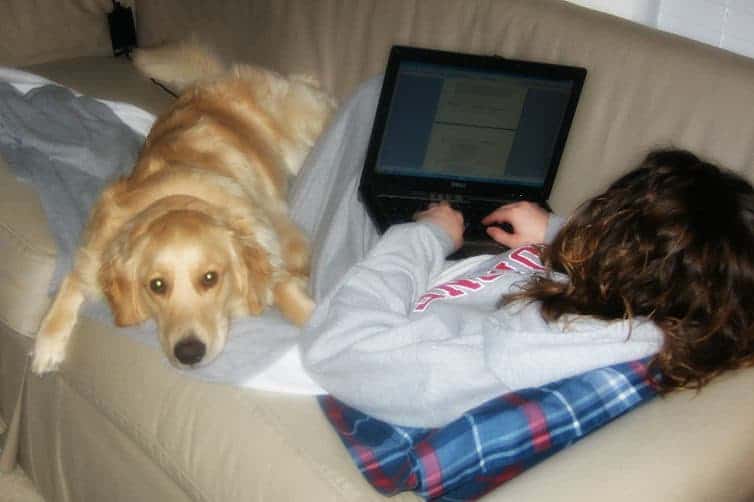 I may have talked about it before, but when I began Brown Eyed Baker, I was living outside of Cleveland, Ohio, a couple of hours away from Pittsburgh, and with a super boring day job. It involved a lot of web surfing, and I eventually stumbled upon a couple of food blogs. Literally, like two or three. Blogs really weren’t a thing back then. We’re talking back in the days of spending hours customizing your MySpace page. MYSPACE, people. Not even Facebook! The phrase “social media” had never been uttered and I wasn’t even aware of companies dedicated to helping people build an online presence, like Squarespace.

Can you imagine starting a blog in a world where Facebook was limited to college students, and Twitter and Instagram didn’t even EXIST? Truthfully, it was sublime. It was just (bad) pictures, (really short) write-ups about the food I was making and loving, and connecting with other people who were learning to love cooking and baking in different Internet forums. A lot less pressure and a lot more blogging “for the love of the game” (a favorite Kevin Costner movie of mine!) or, “for the love of food”, more appropriately.

To put in perspective how utterly long ago it was when I started Brown Eyed Baker… it was two weeks before I would bring Einstein home as a puppy, I was 26 years old (TWENTY SIX, good Lord, I was a BABY!), it was a year and a half before my husband and I would even start dating, and nearly four years before I would be able to call Brown Eyed Baker my full-time job. 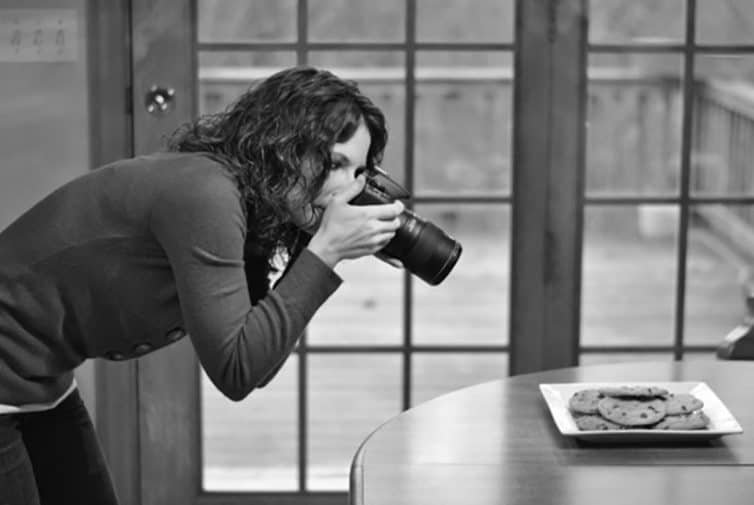 I continued working as a marketing analyst while I was baking, photographing, writing, connecting with regular readers, learning social media, and putting together my plan for being able to replace my regular job with this blogging thing that I was just loving so much.

In December 2010, I said goodbye to my “real” job and haven’t looked back since. Perspective: that was almost four years after I initially started blogging, probably earning me the Tortoise Badge (Joseph is watching Hey Duggee behind me so I have badges on the brain!). If you’re thinking about launching a blog to replace your full-time job, it’s certainly easier to do so now than it was back then, but it’s still not something that will happen overnight, and will take some blood, sweat and tears! It certainly would have been easier back then if I had access to something like Squarespace, where everything that I needed to blog (domains, hosting, publishing, design, etc.) was all right there in one place for me, and not something I needed to spend tons of time on myself!

My foray into full-time blogging was still before blogs were a mainstay on the Internet, so if my mom told someone I was a “food blogger” when they asked where I was working or what I did, she had to answer the question, “but how does she make money?!” approximately eleventy billion times. (Sorry, Mom!)

Suffice it to say, things have changed just a bit. There are now literally millions of food blogs, food blogging is an actual industry, countless people are making a good living from sharing recipes online, social media has exploded, and if you’re one of the lucky ones to be able to call this your job, then you know that due to the saturated market, you have to hustle to stand out among the crowd.

In the early days of my blog, I started on the Blogger platform, then transitioned to WordPress (which I still use today). Back then, if you were just starting out (i.e. didn’t have a lot of excess money to spend), your choices were pretty much to use a free theme or to teach yourself HTML and CSS and spend the better part of a summer trying to customize a theme without breaking your entire site (true story, hello/goodbye summer of 2010).

Now, thanks to the fact that there are so many bloggers, there are countless businesses dedicated to blogging services. Squarespace is more recently popular with bloggers and they offer a one-stop-shop for new bloggers that makes it incredibly easy to get up and running with a gorgeous website and minimal effort. I would have certainly gotten way more vitamin D during the summer of 2010 had I known they were around back then, ha! 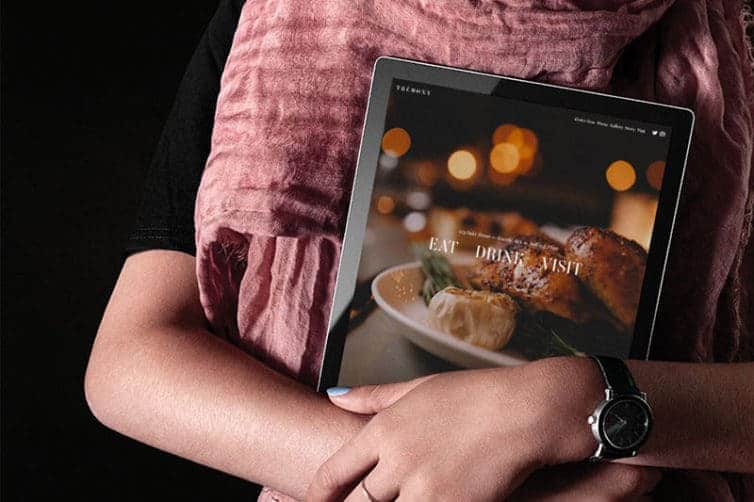 A couple of years ago, I wrote about how to start a food blog; if you want to throw your hat into the blogging ring, give it a read, and then be sure to check out Squarespace as an additional resource. You can easily snag a domain, customize your design, and do everything from publish recipes to set up an online store. No need to employ the services of five different people or companies to get all of that accomplished!

They also offer 24/7 support via email and live chat, which is music to the ears of this person who LOATHES talking on the phone. As someone who had spend 7 hours on the phone with tech support on a Friday night in 2010 because my site was down and my database had broken, the ability to have everything needed for my site to run under one roof and with such accessible support is amazing.

I was a way late adopter of Twitter and Instagram and I never even touched Snapchat, so I’m kind of an old soul when it comes to technology and love handing the reigns over to people who are better at it than I am! 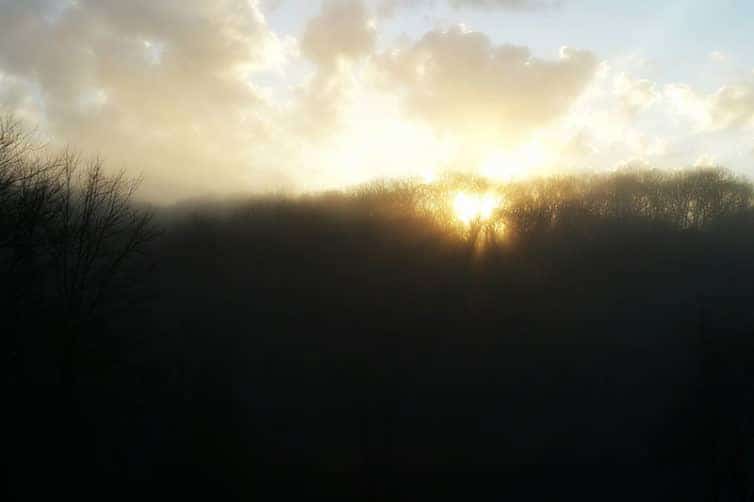 Ten years, come and gone, it’s unbelievable. It’ll be interesting to see how technology, social media, and the blogging landscape changes over the next ten years. I’m planning to still be here, talking about the foods that I love and my changing family.

Is there anything specific you hope to see moving forward? Any recipes you’re dying to make, things you want to see me tackle… anything! Let me know in the comments below.

There is no way that I could have done what I have over the last ten years without all of you here, wanting to share food and family and stories on a weekly basis. So a great big THANK YOU to all of you for allowing me to do this thing I love while getting to spend my days with my boys, who are growing so exceptionally fast. You have made Brown Eyed Baker what it is, and I’m forever grateful.

A SPECIAL OFFER FOR YOU

If you’re ready to start your own blog and want to take advantage of the perks associated with using Squarespace, they’ve put together a special offer for Brown Eyed Baker readers. The first 50 readers who use offer code “BROWNEYED” will receive 10% off their first website or domains purchase.

This post was sponsored by Squarespace and their all-in-one platform.

61 Comments on “Looking Back: 10 Years of Blogging”