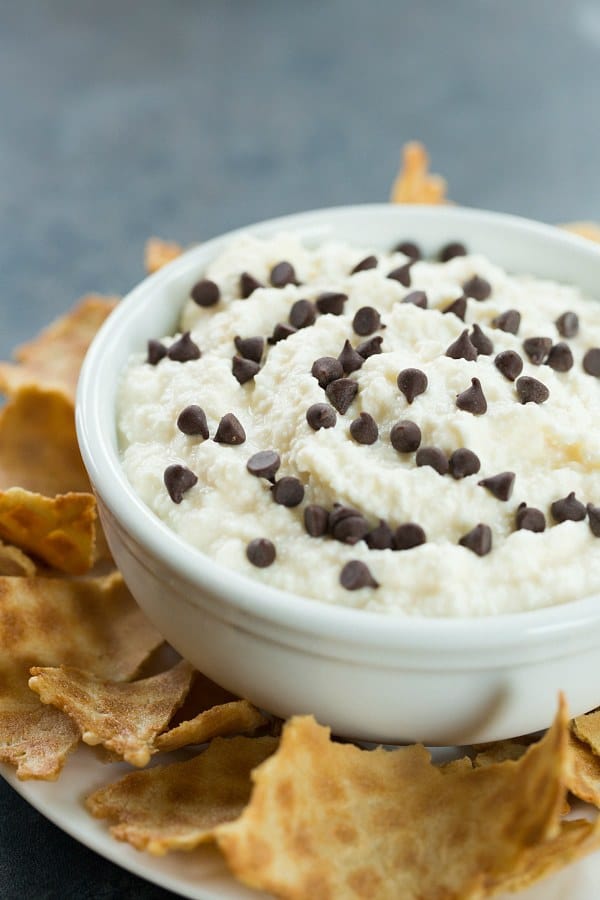 Let’s talk cannoli. Up until a handful of years ago, I had only experienced mediocre-at-best cannoli from some local bakeries. Then, on New Year’s Day 2010, I sat in my Chief Culinary Consultant’s parents’ kitchen and watched as his dad and Nana made cannoli from scratch. The forms were made by his late grandfather when he worked at an aluminum factory back in the 40’s or 50’s, and the recipe for the shells and filling came from his great-grandmother. To say that those were the best cannoli I’d ever had would be a massive understatement. While there is no comparison, they are also a tremendous amount of work. This cannoli dip is a quick fix that delivers the fabulous flavor of cannoli filling in a fraction of the time. 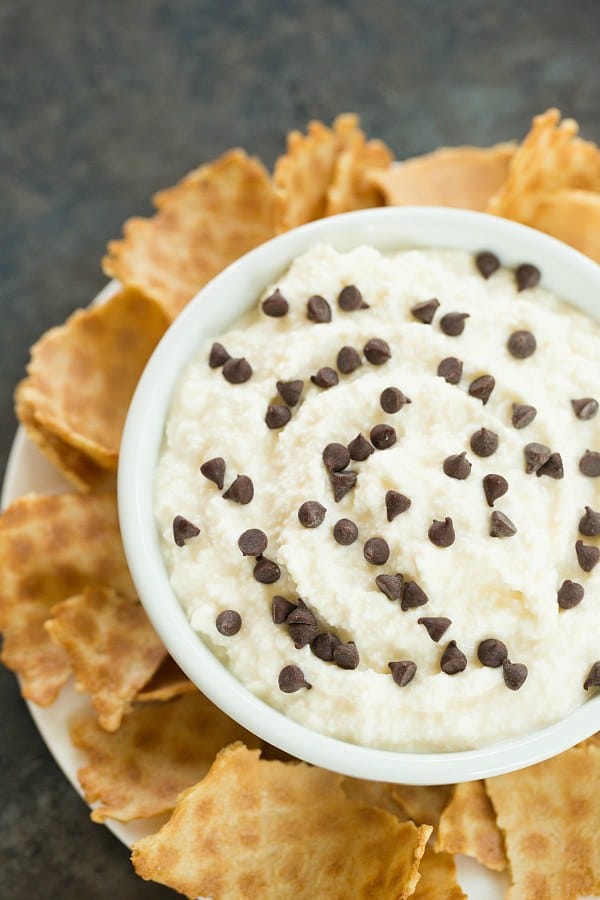 With only a handful of ingredients and 10 minutes time, this is a perfect sweet snack when you need to whip something together quickly for company. You can serve it with any number of things – broken up cannoli shells, broken up waffle cones, pizzelles, graham crackers… any favorite cookie. My grandma once shared with me some waffle butter cookies that she bought at Trader Joe’s – they would be fabulous with this cannoli dip, as well.

If you love cannoli and quick desserts, this is the perfect combination! 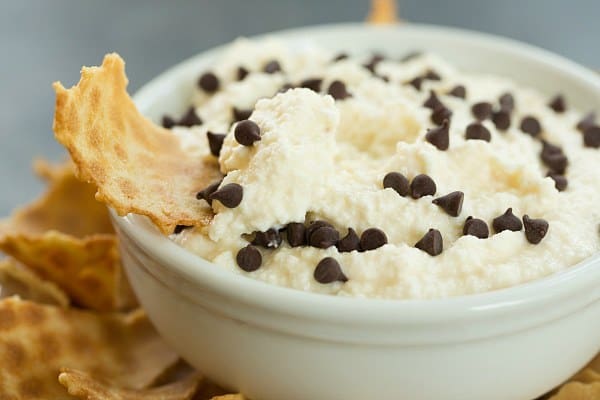 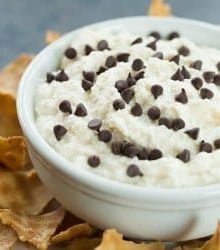