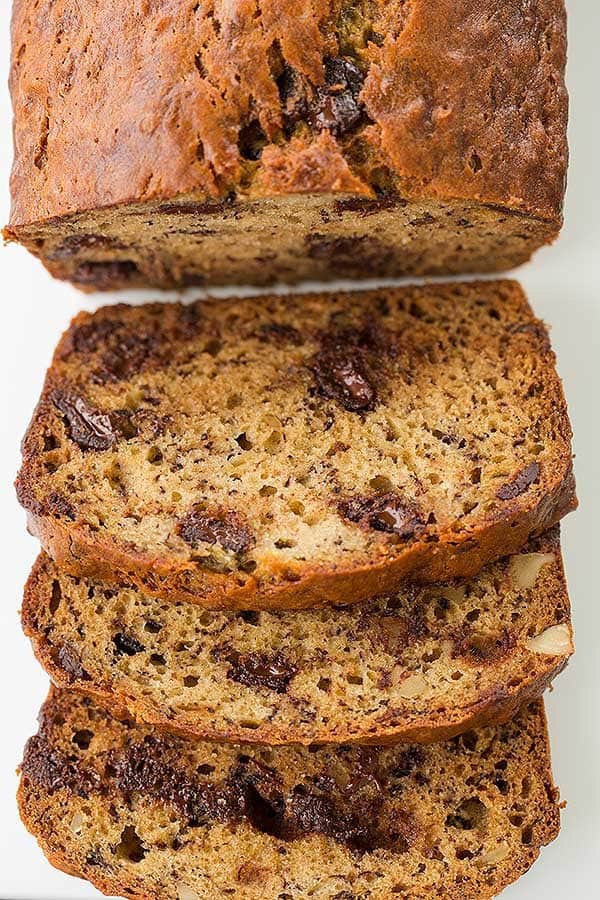 It seems that I can’t get to the halfway point in July before I’m trying a new banana bread recipe. I feel like this happens, without fail, every single year. My grandma’s banana nut bread will always be the nearest and dearest to my heart, but that has never stopped me from experimenting. Over the years, I’ve made a black and white banana loaf, bananas foster banana bread, peanut butter-chocolate chip banana bread, zucchini-banana bread, ultimate banana bread, and yet, I still can’t pass up a banana bread recipe when I see one. It’s the same weakness I have for chocolate chip cookie or brownie recipes. Even though I have tried and true favorites, I just HAVE to try that new one I find.

So, when I saw a recipe for banana bread with not just walnuts, but chunks of dark chocolate, there was no question that I needed to make it. 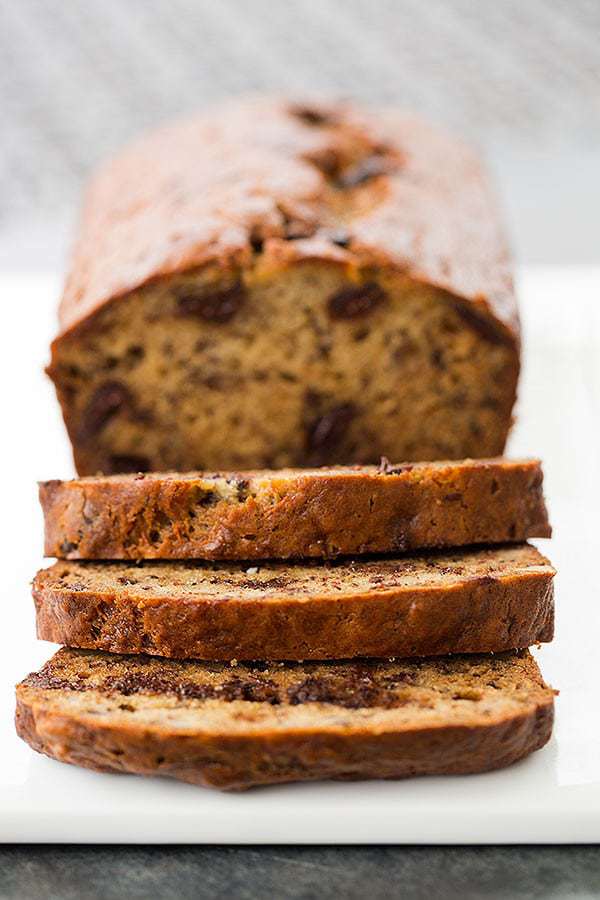 I just so happened to have three bananas sitting on my counter that were starting to look rather pathetic, so I quickly mashed them up, grabbed some dark chocolate chunks and walnuts from the pantry, and I was in business.

The original recipe calls for making this bread using an electric mixer, but I’m a firm believer that things like quick breads, muffins and brownies should be able to be made with a bowl, a whisk and a spatula… no special equipment necessary. So, I went ahead and did just that, and I don’t think it had any negative effects on the recipe whatsoever, especially since it called for mixing on low the entire time.

The dark chocolate cuts the sweetness of the bananas and the walnuts give the bread a toasty crunch… a perfect combination of flavors and textures. Add this to my ever-growing list of banana bread recipes that I’ve made and loved… on to the next! 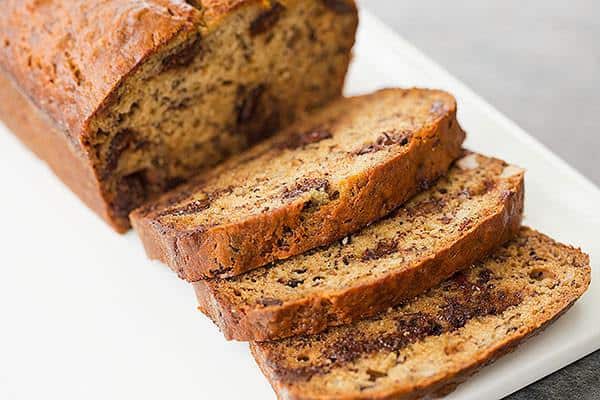 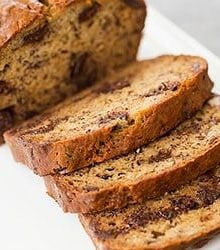