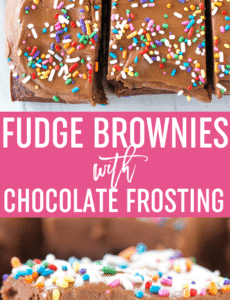 These frosted brownies start with fudge brownies and are topped with a luscious chocolate buttercream frosting (that includes a secret ingredient!). 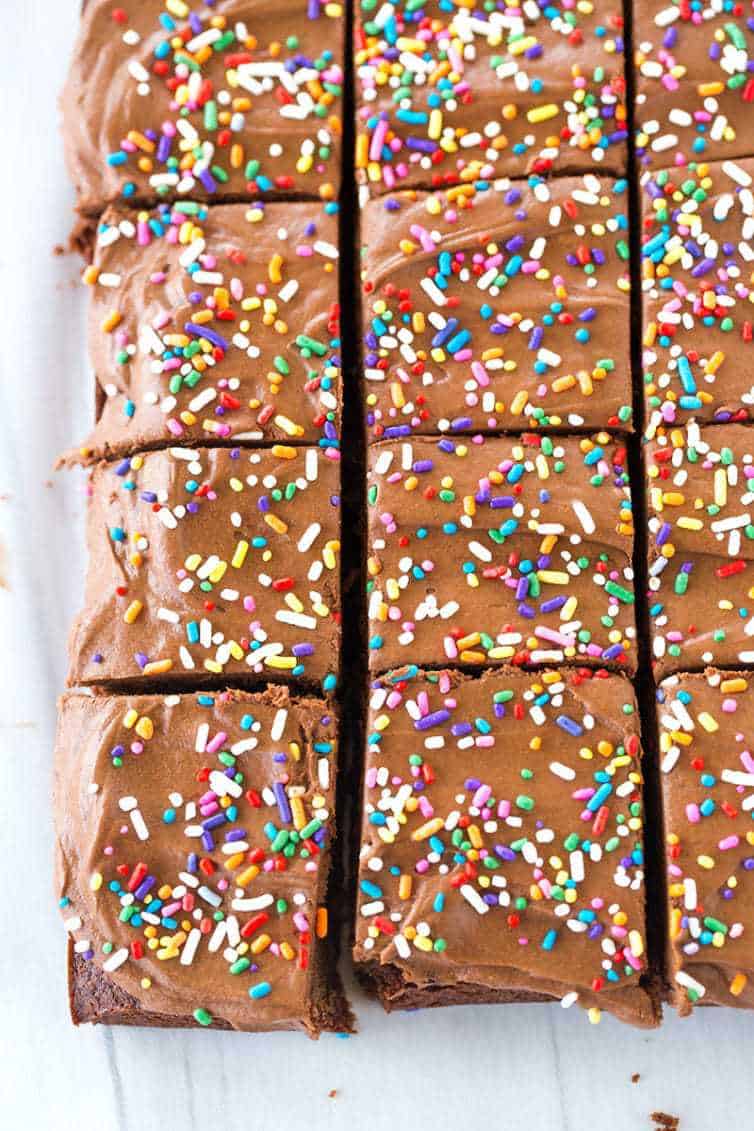 Raise your hand if you were a teenager during the ’90s. I know there have to be oodles of you out there. Ahh, the 90’s. When jeans were pegged. When flannel shirts were worn because grunge was the latest fad. When alt rock was the most popular type of music. When Beverly Hills 90210 was can’t-miss-TV. Before smartphones. Before social media. Before a completely wired world. Simple times!

During my teenage years in the mid-90’s, I belonged to our church’s youth group. We’d get together a couple of Sunday nights a month and do youth group-y types of things. Sometimes it was serious and church-related. Sometimes it was flag football. Sometimes it was a service project. No matter what activity was going on, there was one constant – Judi’s chocolate-frosted brownies. They showed up every week, without fail. Sometimes, though, Judi showed up late; when that happened, she was immediately accosted by a mad throng of teenagers needing an immediate sugar fix. My brain will always and forever link together youth group Sunday nights and frosted brownies. 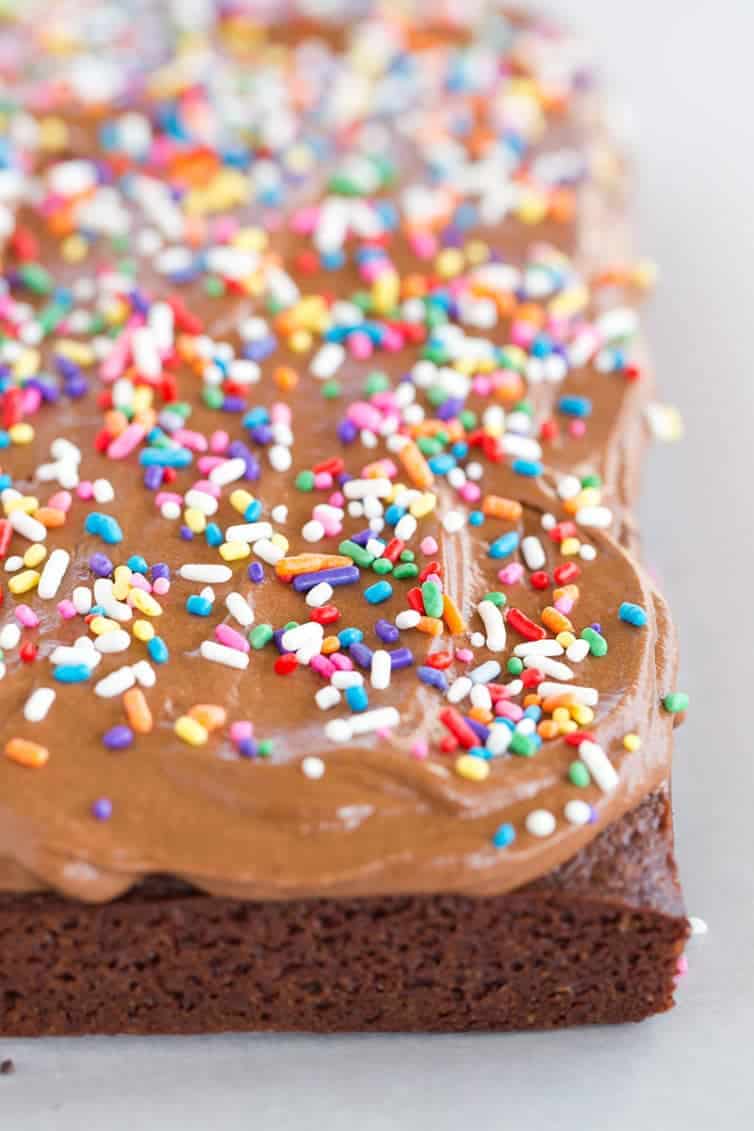 Pretty much all of my life before and after those high school youth group years has been devoid of frosted brownies. You’d think that since I loved them so much, I would have taken it upon myself to bust open a box of brownie mix and a can of frosting and make it happen. (Those most certainly would have been the steps taken by 18-year-old me; I had yet to appreciate the joys of baking everything from scratch.) It never happened. Even after I began baking regularly, and through all of the brownie recipes that I made, a light bulb never went off.

It wasn’t until I was flipping through the Joy the Baker Cookbook and landed on the page with this recipe that my mind raced back nearly 20 years (ouch, that makes me feel really old). I was immediately taken back to Sunday nights in the church basement, with a throwaway tin foil pan of frosted brownies sitting on a table, being devoured square by frosted square. 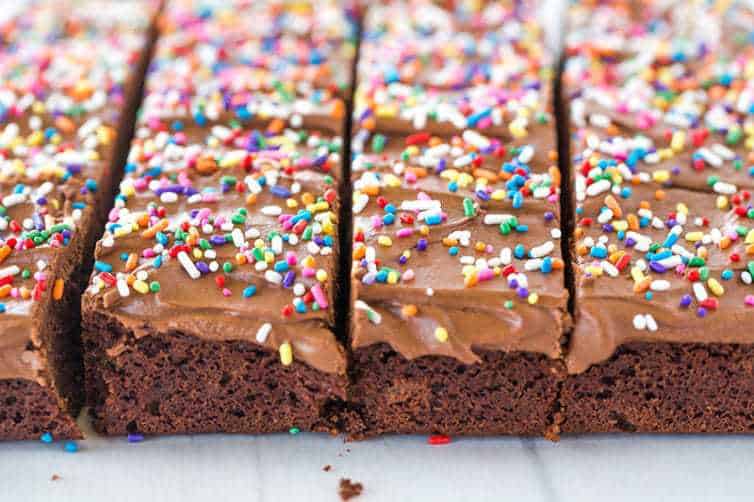 I first made this recipe nearly five years ago and had all but forgotten about it, however I have been craving them like mad since seeing frosted brownies pop up on Jessica’s Instagram feed multiple times over the last few months. After seeing them again on New Year’s, I saw that I had everything I needed for them in my pantry, and that was that. 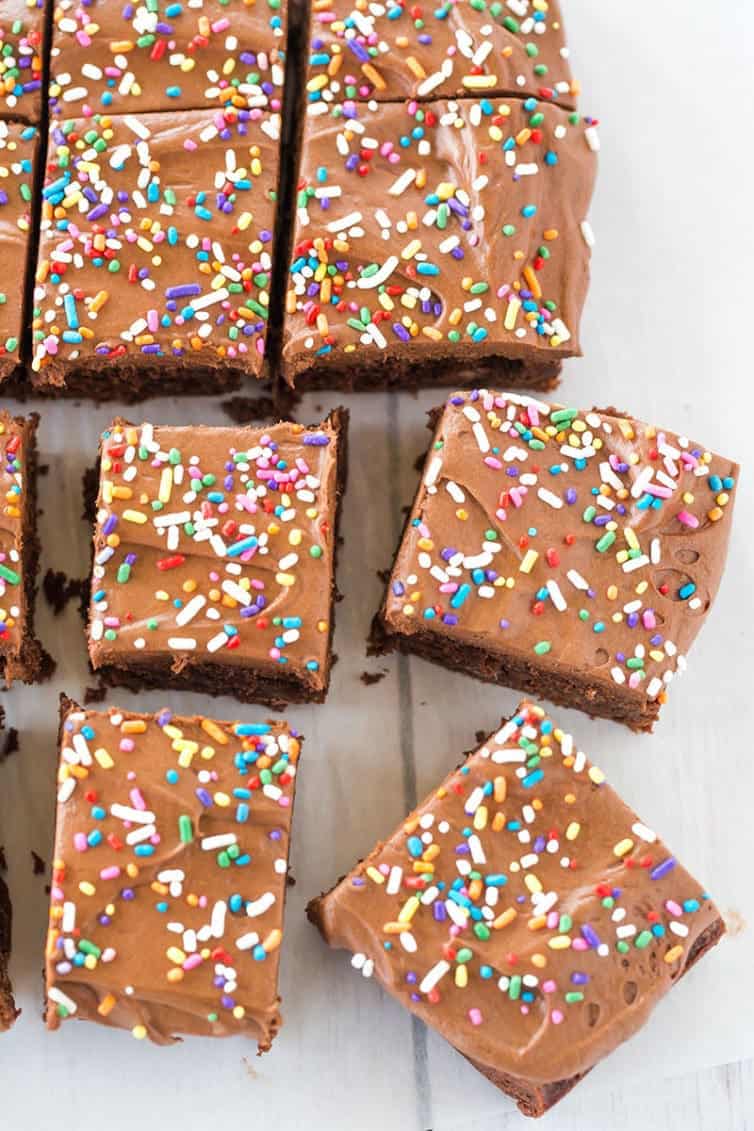 Aside from the memories they evoke, I can’t tell you how utterly amazing these are. The brownie itself is rich and wonderfully moist, definitely fudge-like. And the frosting? It’s chocolatey, sweet, smooth, creamy, and perfect in every possible way. Joy says that it’s her very favorite chocolate frosting. It might be mine now, too.

This is the ultimate combination for anyone who’s a fan of brownies or chocolate frosting. And if you’re a fan of both? You’re in for one amazingly indulgent treat! 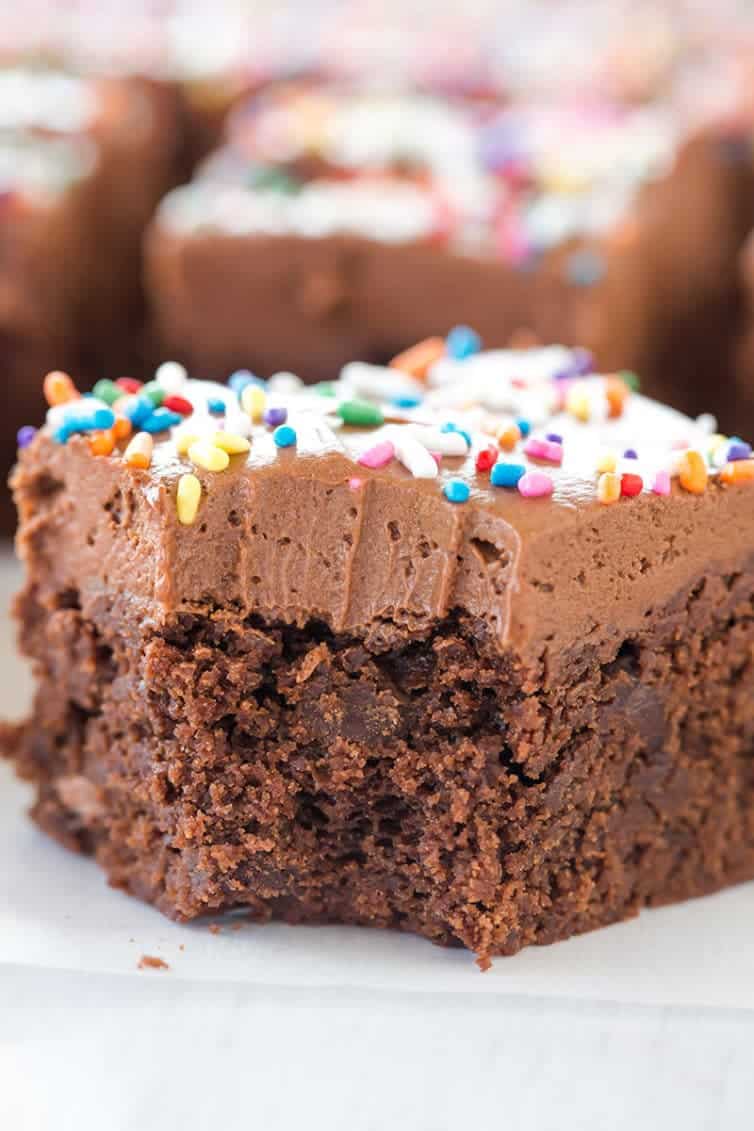 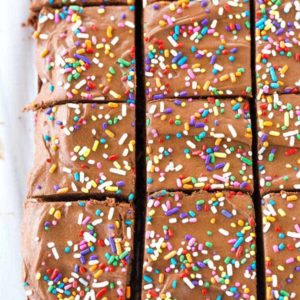 This recipe was originally published on April 26, 2012.