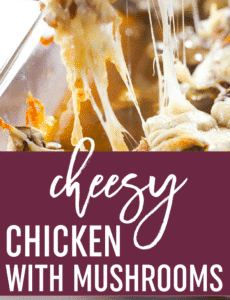 This easy recipe for chicken with mushrooms starts with breaded and pan-fried chicken cutlets that are set on top of sliced mushrooms, then covered with more mushrooms and mozzarella cheese, and baked until golden brown. 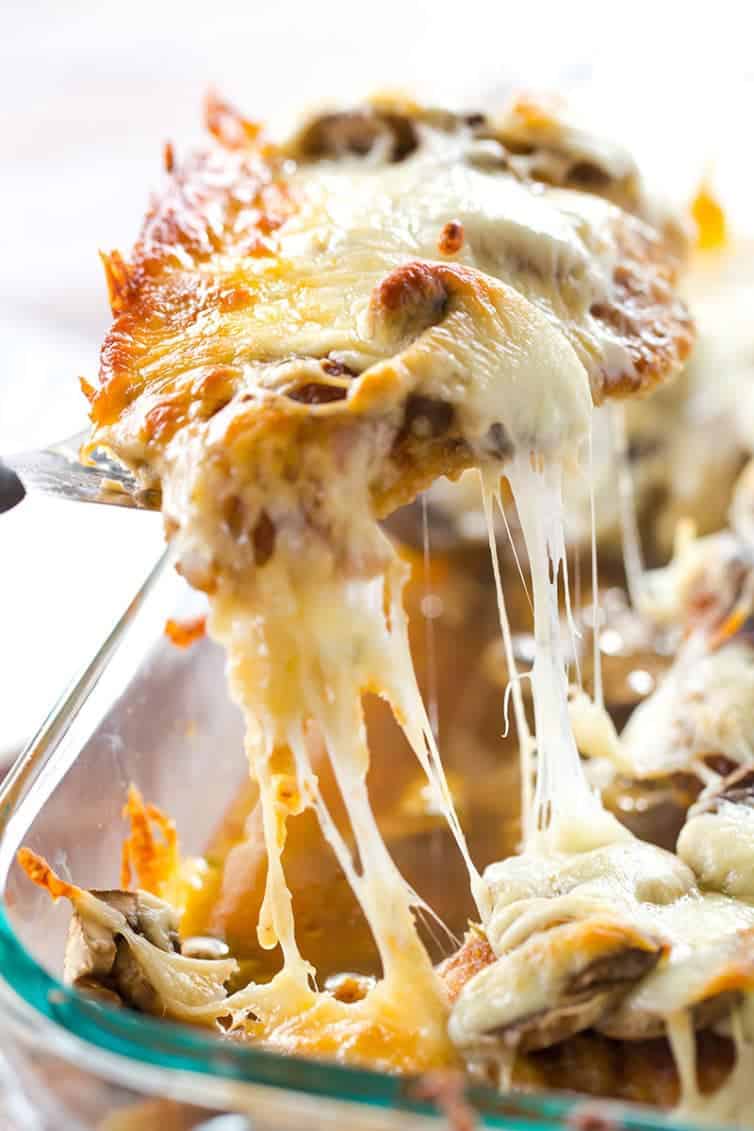 Last summer, a couple of months before I was due with Dominic, my aunt emailed me this recipe for chicken with mushrooms, telling me that she had made it multiple times and that she and my uncle really enjoyed it, and she thought it would be a nice easy dinner recipe to keep on hand for after I had the baby.

I saved it, then a few weeks later, she brought it to one of our Sunday dinners so I could taste it for myself (how awesome is she?!). It was indeed delicious – the chicken was moist and tender, there was tons of mushrooms, and you really can’t beat anything smothered in cheese, right!? 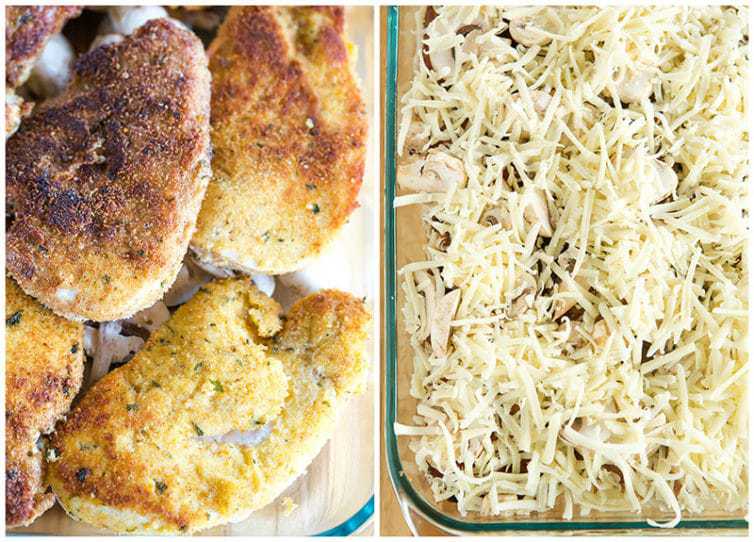 My grandma used to make “chicken with mushrooms” regularly on Sundays, and it’s a dish that every single person in my family has tried to replicate, but no one has nailed it yet. Her chicken with mushrooms was a little different – she just dredged the chicken in flour, pan fried then simmered with the mushrooms in some chicken broth. No eggs or bread crumbs, no cheese, and no oven.

Her version was fantastic and everyone loved it, but if we can’t master it, then perhaps this recipe can become the new chicken with mushrooms for our family. 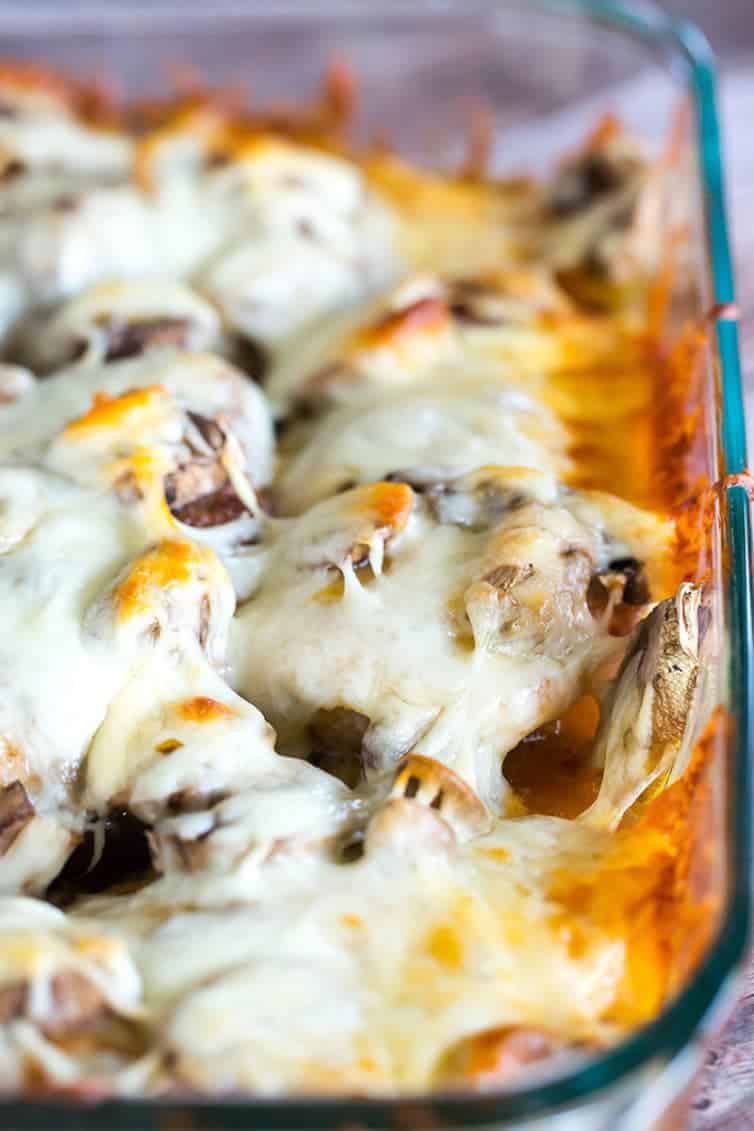 Coming full circle with the story, I have made this since Dominic was born and it IS really quick and easy. I was able to get the recipe assembled and into the oven while Joseph played with some toys on the kitchen floor and Dominic sat in his bouncy chair. Every time I’m able to complete a task with both boys awake or get them both down for a nap at the same time on my own, I seriously feel like super woman. The bar for a successful day has gone wayyyyyyyy down since I became a mom of two, ha!

While I’m totally loving this recipe as-is, I think the pan-fried cutlets would be an awesome base for an easy chicken Parmesan. If you keep some sauce in the pantry or freezer, it would be equally as quick! 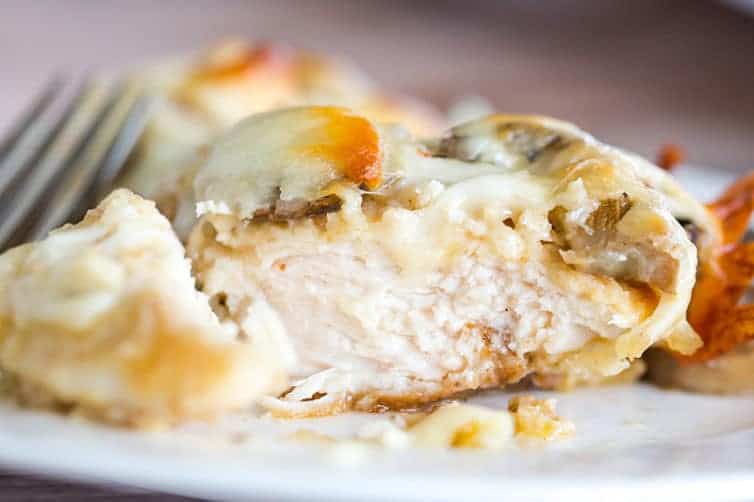 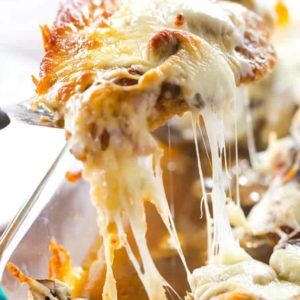 24 Comments on “Cheesy Chicken with Mushrooms”