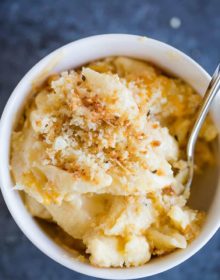 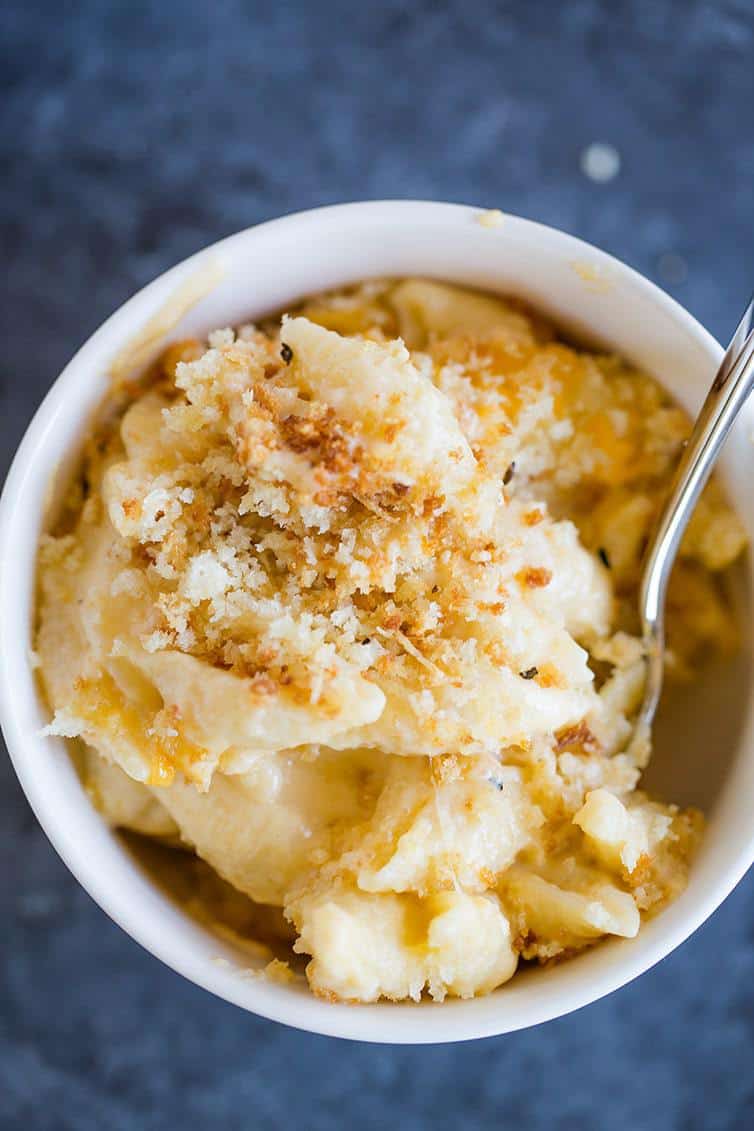 Hypothetical (maybe) question… is there such a thing as too many macaroni and cheese recipes?

My vote (obviously) is NO! If that’s wrong, then I don’t want to be right. I’ve certainly settled in on some favorite recipes (among the, oh, dozen(!) that are in my archives), but when I saw a new one in Chrissy Teigen’s cookbook, I couldn’t NOT make it. We’ve had this discussion before, but that book is absolutely, positively, 100% better than I ever imagined it would be. I have yet to make a recipe from it that we didn’t absolutely love, and this mac and cheese recipe is no exception.

I generally like baked macaroni and cheese better than stovetop versions because I can throw bread crumbs on top, and I LOVE that crunchy contrast to the creamy mac and cheese. While I have a go-to baked mac and cheese, it is admittedly drier than stovetop versions, which isn’t necessarily a bad thing, but Chrissy Teigen’s recipe morphs the best of both worlds – the actual macaroni and cheese stays super creamy and saucy even after being baked, AND it’s topped with the most amazing homemade bread crumbs.

Let’s just face the ingredient list head-on before we go any further… there is A LOT of butter, A LOT of milk, and A LOT of cheese. No, they are not typos… yes, you really use that much. This is not a light macaroni and cheese, but it is absolutely, positively worth every decadent bite.

The upside to that is that this recipe really goes a long, long way so it’s perfect to serve to a crowd or freeze for a new mom, or your own dinner a month from now!

Since you’re making your own breadcrumbs, it might seem like a lengthy recipe, but this is how I tackled it to maximize time and minimize dishes (can you tell I’m currently knee-deep in mom life right now?!): 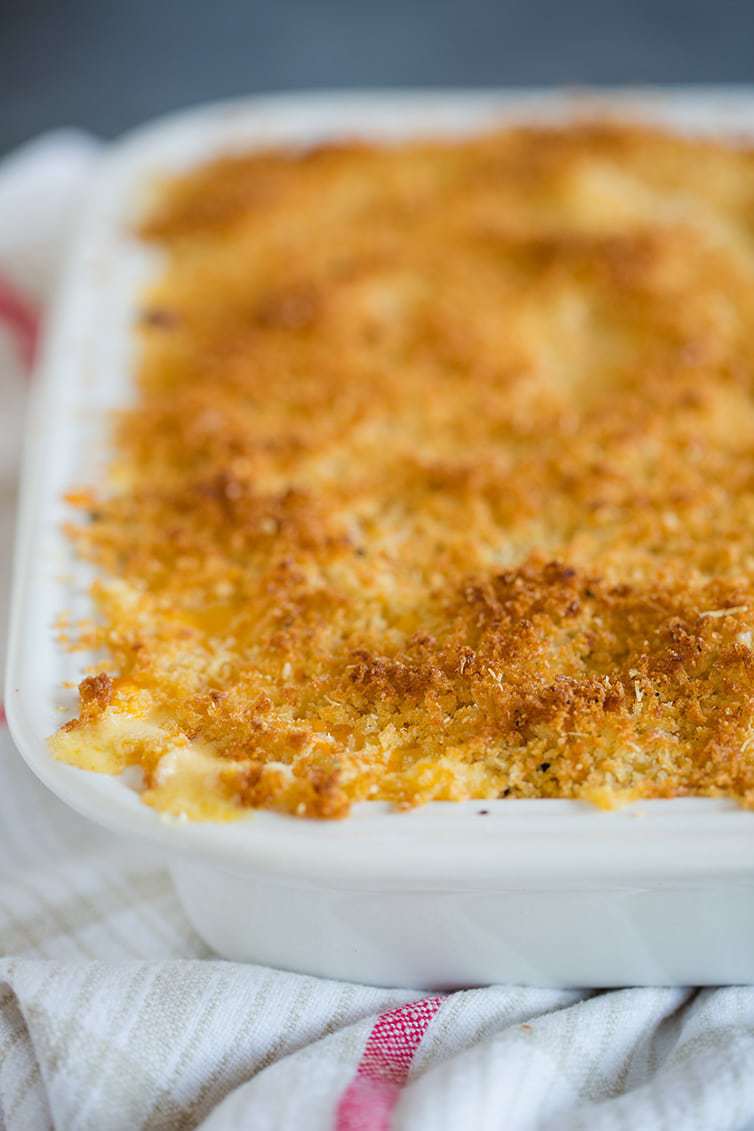 I am SO ready for comfort food season (and today is finally breaking the insane hot and humid spell we’ve been having), and this mac and cheese recipe is going straight to the top of my list.

If you love baked mac with bread crumbs but want that super creamy, saucy stovetop texture, you are going to LOVE this recipe! 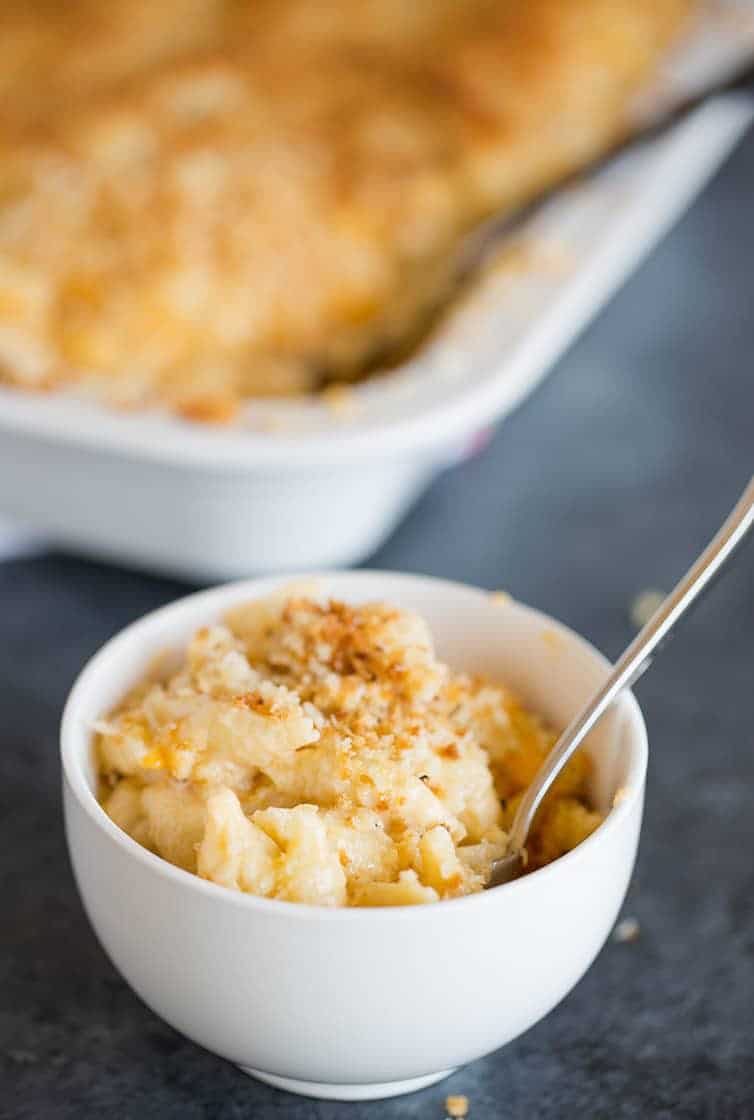 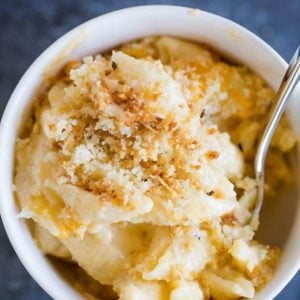 For the Bread Crumbs

For the Mac and Cheese