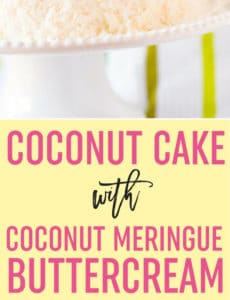 Coconut-Vanilla Bean Cake with Coconut Meringue Buttercream Frosting – A super moist coconut-packed layer cake and that frosting is a DREAM! 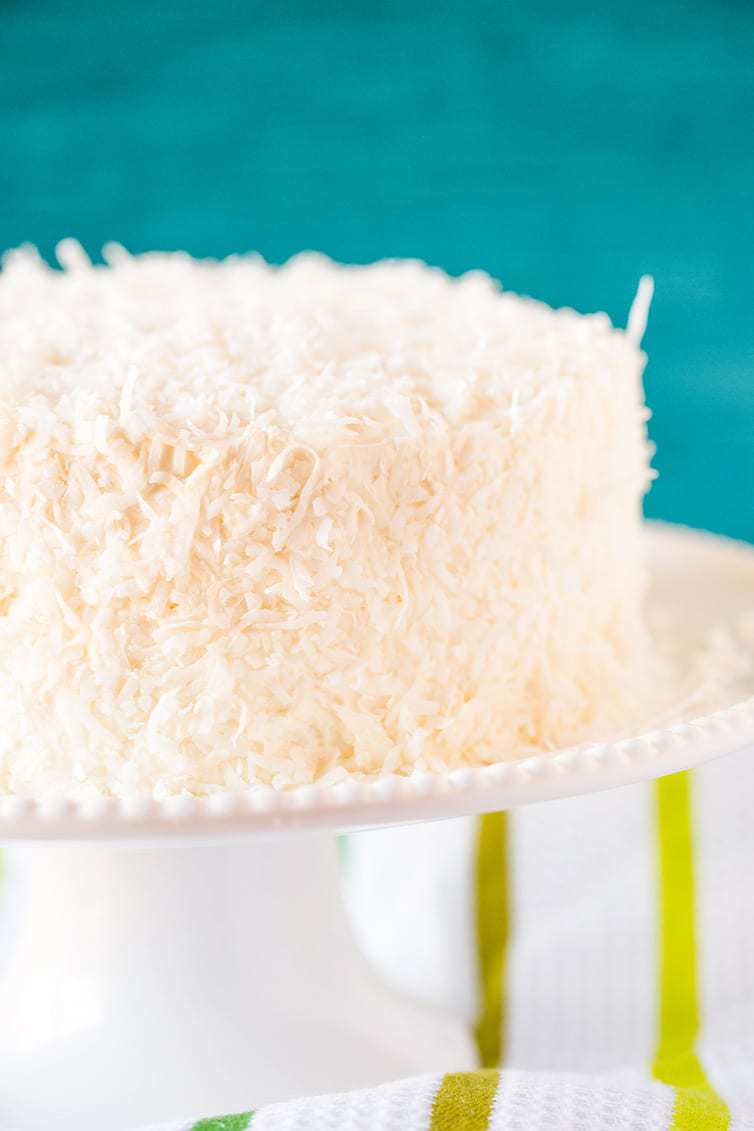 This coconut cake was originally an Easter project four years ago, and it was a big hit. Since originally posting it, some readers have commented that the cake is way too dense, and as time has passed and my memory faded, I began to wonder if maybe it wasn’t as outstanding as I remembered. So, I whipped it up again for Sunday dinner a few weeks ago and asked my family for their most critical reviews (they do a great job giving me their honest opinions).

They all agreed that it was fabulous with loads of coconut flavor and yes, it is denser than a traditional “fluffy” cake, but that it was just different, not in a bad way. The texture is a little crumbly thanks to being packed full of shredded coconut, but again, everyone thought it was a given that with actual coconut in the batter the texture would be different.

SO! There you have it, this coconut cake gets two thumbs up from my crew again!

This recipe hails from the Flour cookbook, which is the origin of the amazing vanilla cream-filled doughnuts that I made ages ago (and are still insanely popular!). I loved the description from the start. Not only is there shredded coconut in the cake as well as on the cake, but there is also coconut milk in the cake itself and in the frosting. Need more evidence that this is quite possibly the best coconut cake, ever? The seeds of an entire vanilla bean are scraped right into the cake batter. That sealed the deal for me. A cake that’s bursting with coconut flavor and vanilla beans? I went all-in and it turned out to be a fabulous decision. 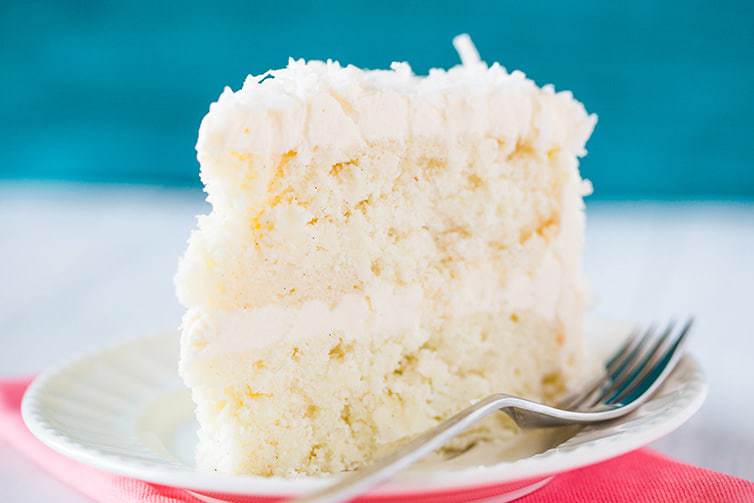 I took particular interest in the fact that the frosting was actually a meringue buttercream. I had only made one once before (see: Strawberry Cupcakes with Strawberry Meringue Buttercream), and while it’s not as quick or easy as your standard butter and powdered sugar frosting, it’s absolutely delicious. Actually, more like phenomenal. This coconut version lived up to the hype, as well. A meringue buttercream almost has the consistency of satin; it’s not nearly as heavy as a powdered sugar-based frosting and it melts in your mouth. I could have easily eaten this frosting by the spoonful (and did, in fact, eat more than my fair share by the finger-ful).

How to Troubleshoot Swiss Meringue Buttercream

While Swiss meringue is an absolutely fabulous frosting, it can give fits at times (this one has done it to me!). Below are the two most common issues people have with Swiss meringue and how to fix them:

The layering of coconut flavors in this cake is spectacular. While the coconut shines through, it’s not overpowering in the least; instead, it delivers quite a light, fresh-tasting cake. It’s perfect for any holiday, especially Easter or a spring or summer special occasion. You could dress it up with toasted coconut, colorful egg-shaped candies, or leave it as-is. However you choose to decorate it, you’re guaranteed to absolutely devour this cake. 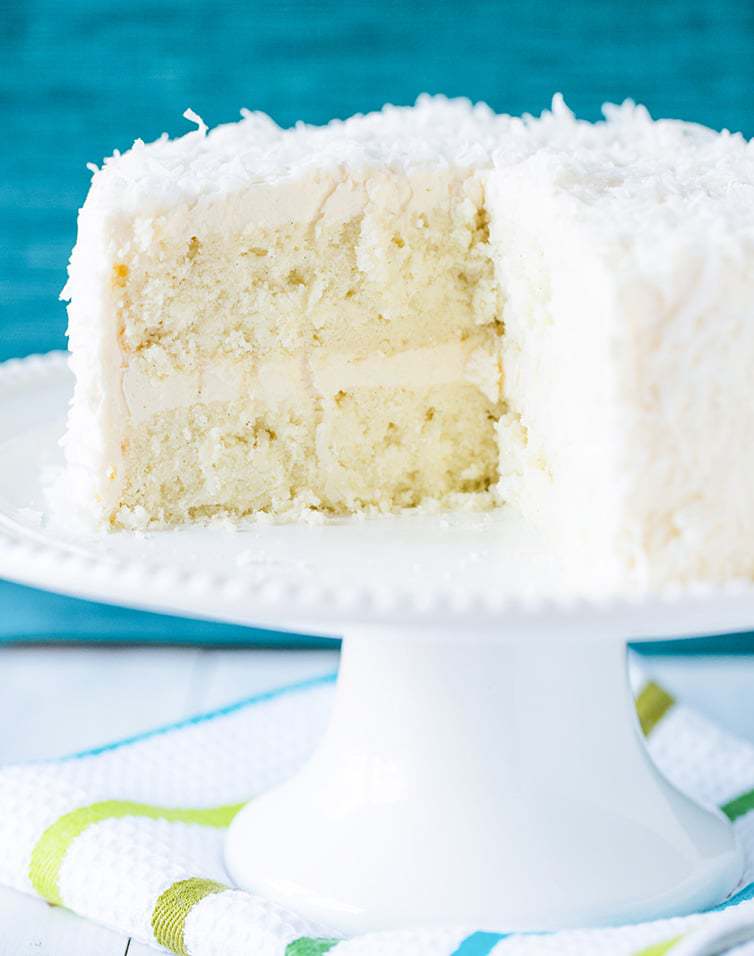 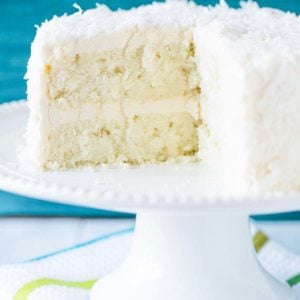 This recipe was originally published on March 28, 2013.