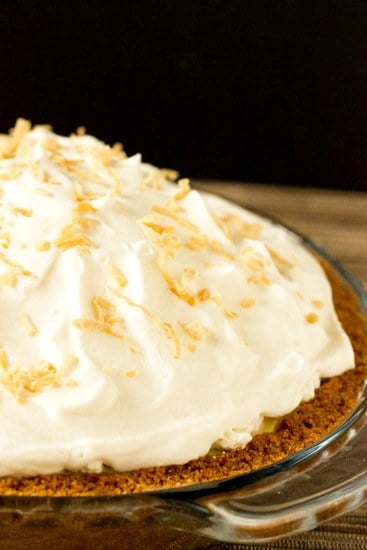 I feel like there are so many traditional, old-fashioned desserts that are getting the brush-off lately in favor of things like brownie/Oreo/chocolate chip bars, colossal-size Reese’s Pieces cookies, and margarita cupcakes. I’m as guilty as anyone. Throw some type of new, cockamamy peanut butter and chocolate combination my way and I won’t rest until it’s made and promptly eaten. I often forget about the myriad of amazing desserts that our grandmas were making long before there were food blogs, foodies, food trucks, and food trends. Back then, there was just food and of course, desserts. Cooked and baked from scratch, passed down from generation to generation, made without a fancy mixer, and revered as something special whenever it graced the table. I’m planning on spending some time this summer dedicated to resurrecting some of these classic desserts and started with the coconut cream pie. From a graham cracker and toasted coconut crust, to a creamy coconut filling and a rum-spiked whipped cream topping, this pie is classic, timeless and sensational.

This recipe calls for unsweetened shredded coconut, which is different than what you usually find in the baking aisle – sweetened shredded coconut. I have previously found unsweetened coconut in the natural foods section of the grocery store, and you can buy it online from a variety of places, including King Arthur Flour (one of my favorite places to buy ingredients). If you live in the Pittsburgh area, you might also try the bulk foods section of Giant Eagle Market District, which is where I stumbled upon some this past weekend. It’s perfect because you only need to scoop out as much as you need, if you think you won’t use it in other recipes. Love the bulk foods section, so many goodies!

If you’re unable to find unsweetened coconut you can substitute the standard sweetened shredded coconut, just know that the finished product will be more on the sweet side than the recipe intended. 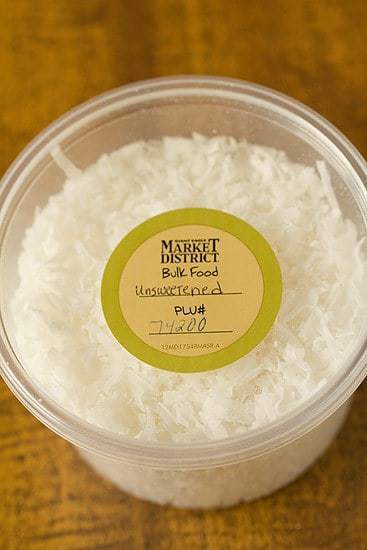 Once the pie was served, eaten, the dishes cleared and no one was watching, I had no shame in eating the last piece straight from the pie plate. I’m more than confident that grandma would approve!

What are some of your favorite old-school, traditional desserts? 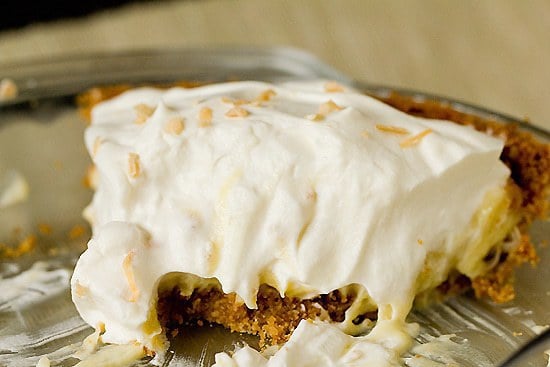 A creamy dessert that will satisfy your sweet tooth

For the Whipped Cream Topping:

posted in Pies and Tarts
78 Comments » 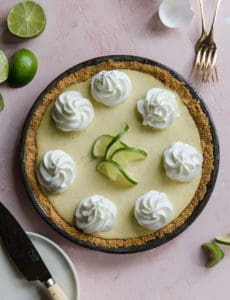 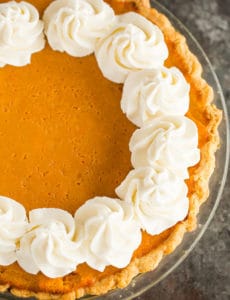