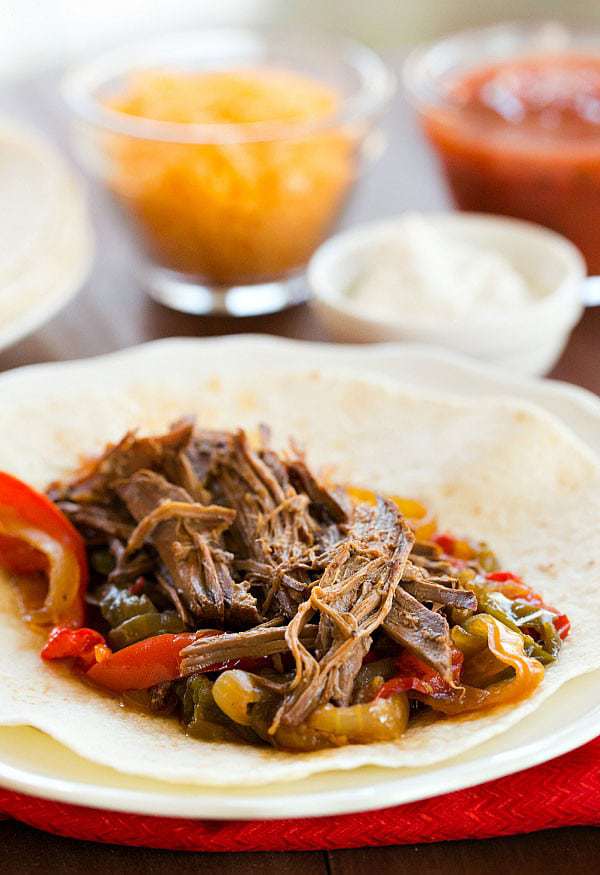 Over the last 18 months, I have become seriously addicted to my slow cooker. Prior to that, the only thing I really used it for was to make our favorite beer and brown sugar kielbasa and sauerkraut, but last January I started to experiment with different recipes and I even used it to make candy! While I discovered the most amazing mac and cheese recipe in the process, I still think the best things to make in the slow cooker are meat-centric recipes. The low and slow cooking results in meat that is falling-apart tender and that has tons of flavor.

A couple of Sundays ago, my aunt and cousin came over to visit Joseph and I wanted to have something ready to eat. I also wanted to spend approximately zero time in the kitchen, so I immediately planned on making something in the slow cooker. My husband suggested fajitas as something different, and they turned out phenomenal! 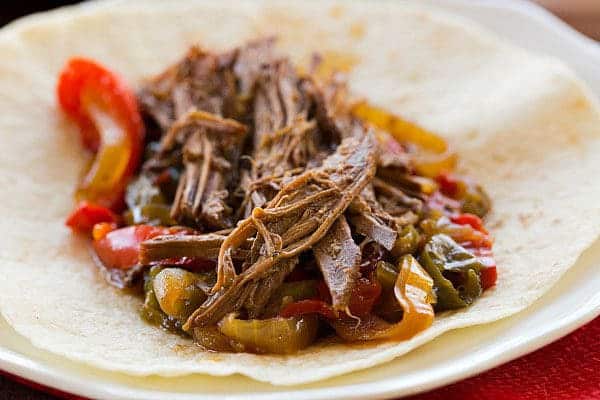 I’ve since made this recipe twice and I’ve used both flank steak and a boneless chuck roast… each one turned out great, so feel free to shop around and see what’s on sale or looks the best at your local grocery store. The method is very similar to the one I used for the slow cooker bbq ribs – you hit the meat with a flavorful spice rub and place it in the slow cooker, then cover it with sliced onions and peppers. A small amount of soy sauce is added to the bottom and that’s it! The vegetables and the meat product a ton of liquid, so nothing more is needed for the cooking process.

When it’s finished cooking, the meat just falls apart and is incredibly easy to shred. I served these on flour tortillas with salsa, shredded cheese and sour cream… some Mexican rice, avocado and cilantro would also be great toppings. 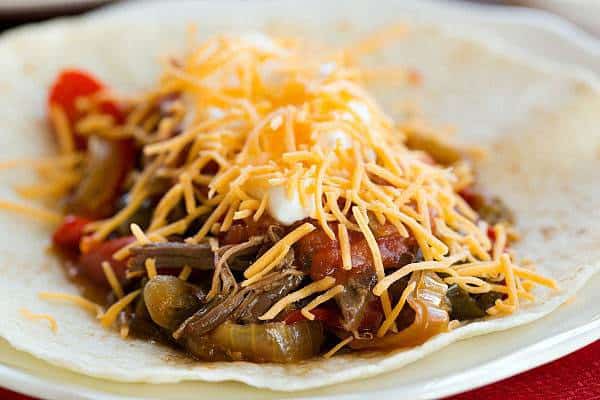 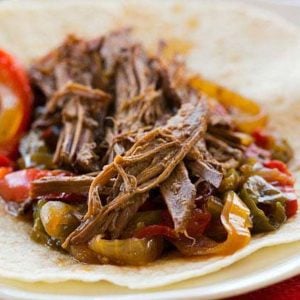