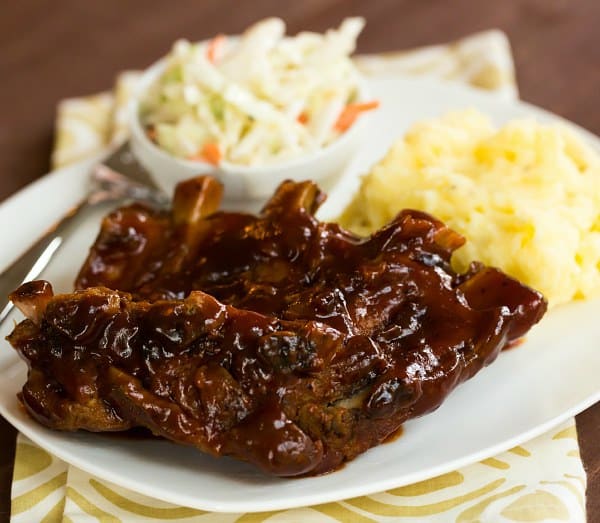 Homemade ribs are one of the few things that have truly intimidated me in the kitchen. I have saved countless recipes for barbecue ribs, but all of the hands-on time, plus precise grilling temperatures and placements, left me feeling less than motivated to tackle them at home. I mentioned to you on Friday that I’ve been trying to make more use of my slow cooker, and last week while I was making my grocery list, I asked my Chief Culinary Consultant if there was anything in particular he’d like for dinner. He suggested some type of meat in the slow cooker, so I started poking around for ideas. I threw out some new ideas, and when I mentioned barbecue ribs, he immediately got excited. Ribs it was! 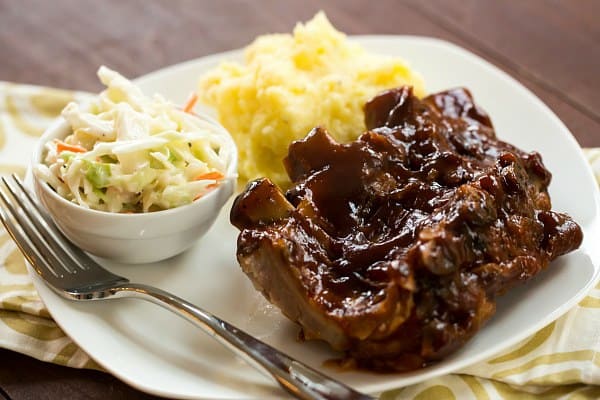 I ended up mashing together a number of different recipes before I came up with my game plan. A lot of the recipes I found called for simply throwing the ribs into the slow cooker with a bottle of barbecue sauce; however, many of those reviews stated that the meat lacked flavor. So, I decided a rub was in order. Done.

The next hurdle was figuring out how to eliminate a fatty, soupy sauce if the ribs cooked down, releasing juices and fat into the barbecue sauce. Some recipes recommended par-cooking the ribs in the oven to help with this, but that seemed to defeat the purpose of having an easy, throw-it-together-in-10-minutes type of meal. I opted for cooking the ribs sans sauce for the first seven hours; between the rub and layers of onion, the meat was wonderfully flavored. Then, the accumulated liquids were drained out, the ribs returned to the slow cooker with the barbecue sauce, and cooked for an additional hour. I was positively thrilled with how this method worked out.

The resulting ribs were literally falling off the bones, and were bursting with sweet, smoky and slightly spicy flavors. We enjoyed the ribs exactly how they came out, but if you prefer a stickier, more caramelized coating of barbecue sauce on your ribs, you could place them on a foil-lined baking sheet once they are done in the slow cooker and broil them for a few minutes.

Now that we’ve had these ribs, I don’t feel like I need to master the on-the-grill version anymore. These could not be simpler or have a better texture and flavor! If you’ve been intimidated by making ribs at home, this recipe is your answer. Served with my favorite mashed potatoes and cole slaw, we were definitely going back for seconds!

I have a feeling this is going to be a weekly request at this house ;-) 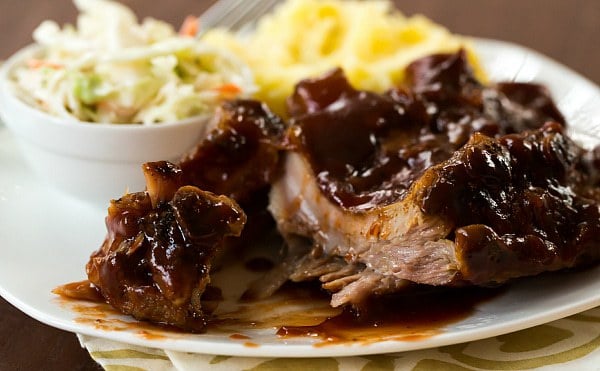 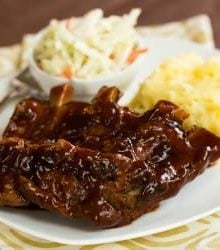