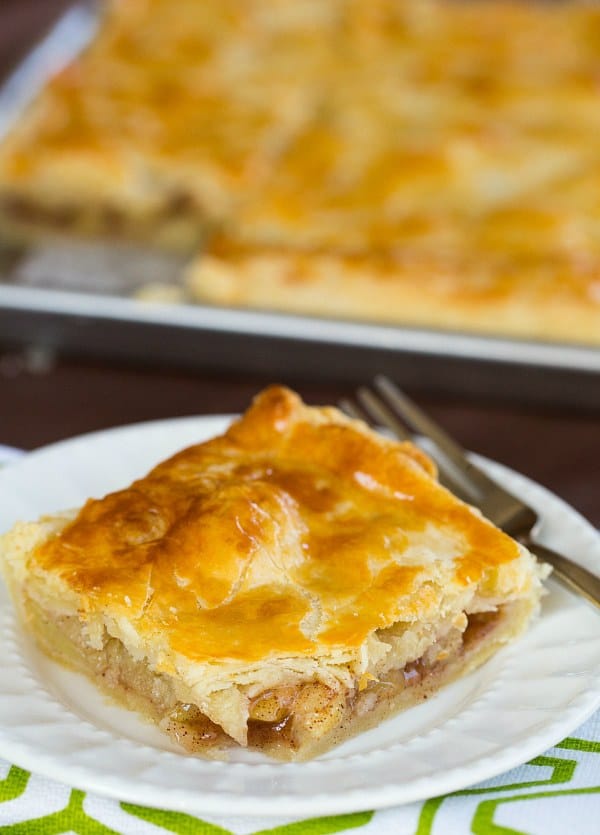 My grandma was much more of a “cooking grandma” than a “baking grandma”, so many of my memories surrounding her food revolve around dinners, not necessarily desserts. She did have a handful of sweet treats in her repertoire (things like icebox cake, ambrosia and biscotti) that she would serve, but the focal point was always the actual meal. The only pie I remember her ever making was apple, and it was never in a traditional round pie plate… it was always in a sheet pan or a 9×13-inch baking pan. I never asked why, but knowing my grandma, she would have figured that a 9-inch pie plate wouldn’t make enough to feed everyone on a typical Sunday. Having just enough was never enough for her; she wanted to make sure that if someone wanted seconds or thirds, there would be plenty left. 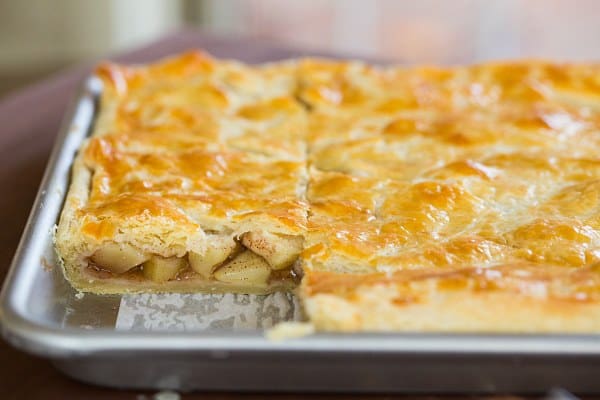 As someone who loves a high crust to filling ratio when it comes to pie, slab pie is right up my alley.

There is an abundance of butter, flaky crust, and just the right amount of juicy, spiced apple filling. 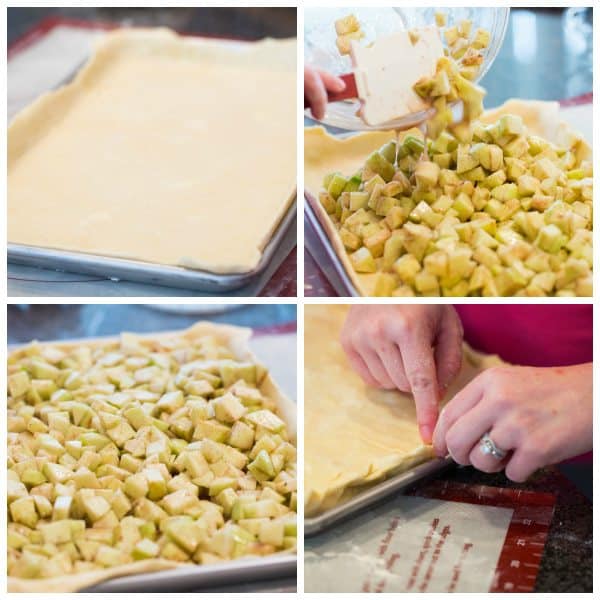 The filling set up beautifully and was perfect when the pie was sliced – it didn’t run and the apples didn’t slide out every which way, which is a huge pet peeve of mine when eating a big slice of pie. Most times I find that I end up eating the filling separately, since it ends up all over the plate and not neatly packaged inside the crust.

As you can see, this filling was perfectly sturdy and had just the right amount of apples and thickener. It was a thing of beauty! 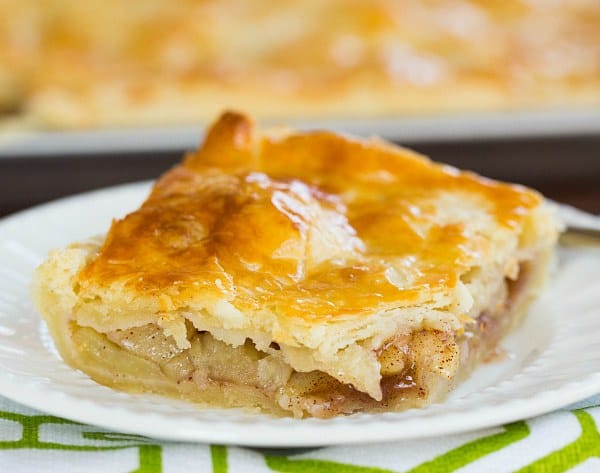 If you love pie in any of its many forms, you owe it to yourself to make a slab pie. It’s less fussy than traditional pie, and it will ensure that everyone can take a crack at seconds if they’d like.

It’s the only way my grandma believed in feeding people, and I’m happy to follow in her footsteps! 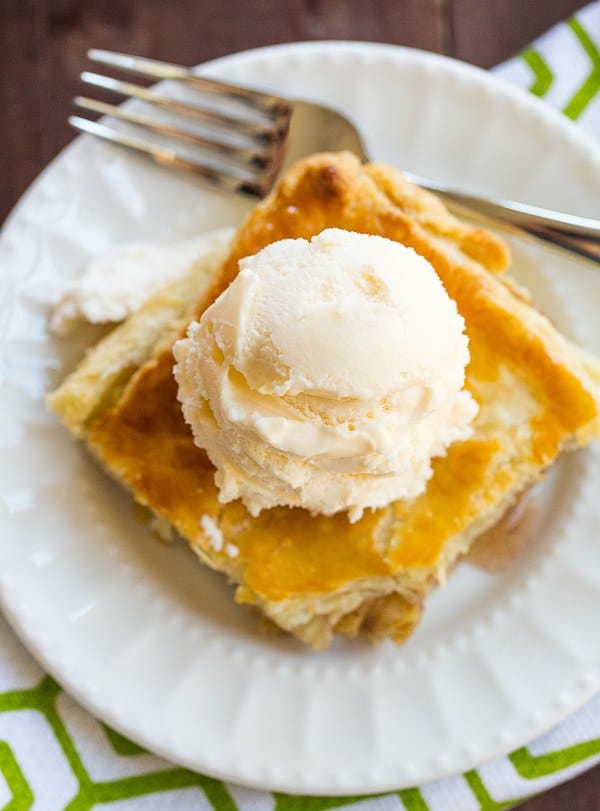 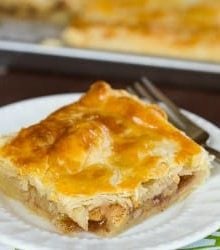