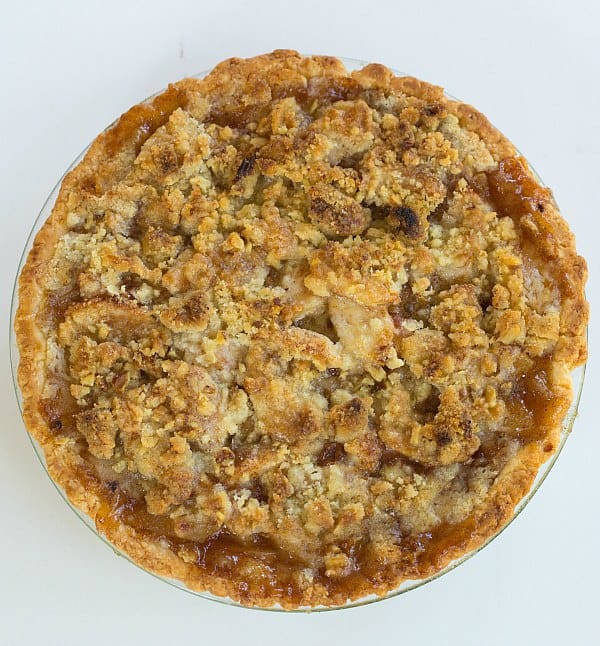 I tend to think of pies in terms of two totally different seasons. There is summer pie season, when blueberry pie, peach pie, strawberry pie, and every other berry pie you can imagine are all on display. Then, there’s fall pie season. Apple pies, pear pies, pecan pies, pumpkin pies, sweet potato pies, and a million variations thereof start showing up. Which do you prefer? Given my love for all things fall, it’s probably not a huge surprise that I get much more excited about fall pies than I do about summer pies.

I’ve made quite a few apple pies and have favorites for a classic apple pie and Dutch apple pie, but playing around with variations like salted caramel and this maple crumble apple pie make those classics a bit more exciting. 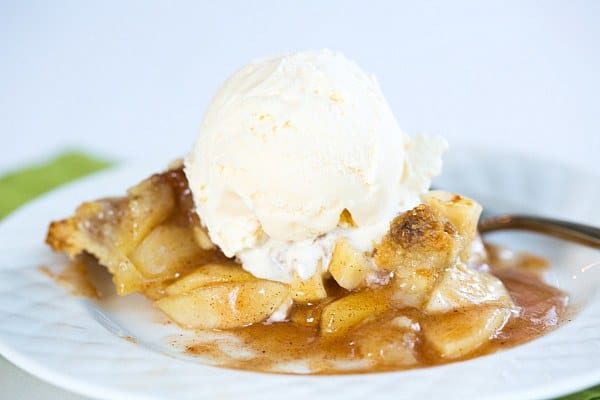 The filling for this pie is your basic apple pie filling with some sugar, flour, cinnamon, nutmeg and lemon juice, with the added punch of some pure maple syrup. Instead of going for a traditional double crust, I opted to make a crumble topping that includes chopped walnuts.

One of my favorite fall breakfasts is a bowl of oatmeal with chopped apples and walnuts, drizzled with maple syrup and sprinkled with cinnamon. This pie is a perfect imitation of those wonderful flavors, and I think that means that I can eat it for breakfast without feeling guilty, right?! 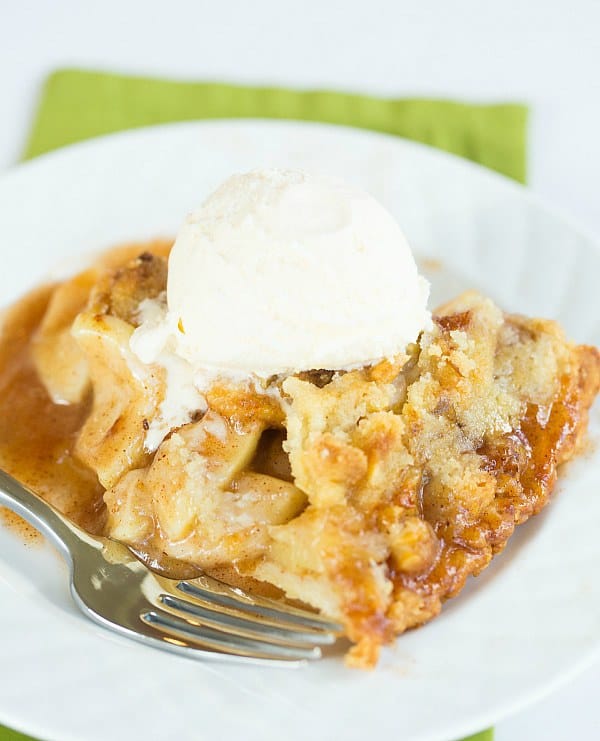 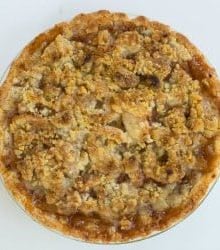 For the Walnut Crumble Topping: