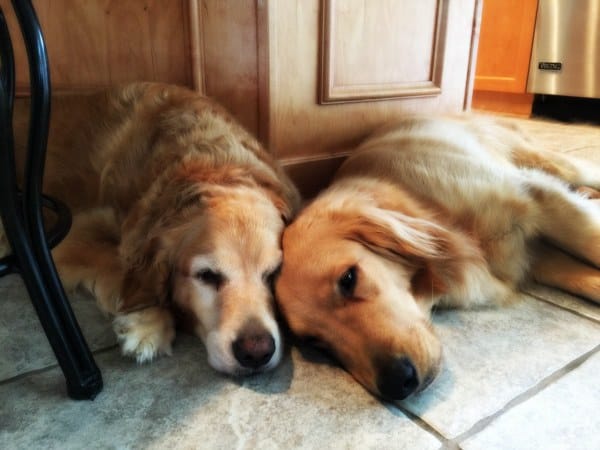 1. These two have been total cuddle bugs for the last couple of days. Duke has started to lose his manic puppy energy and is settling in as a super sweet, awesome dog. At the same time, Einstein has been feeling a little more feisty since losing some weight, so they’ve been getting along really well.

2. In more Duke news, last we started giving him some freedom outside of his crate when we leave the house. We did it the first time during a quick 45-minute errand and he did great, so we kept with it. We’ve left him four or five times since and we haven’t had any issues – no accidents, nothing chewed, a perfectly-behaved pup! I’m so proud of him :) I’ll admit that I was totally nervous the first time, just as I was when I started easing Einstein out of crate long ago, but I feel better knowing he’s not stuck in there if we’re gone for a long time. He’s still sleeping in there at night, and while we have tried twice to get him to sleep in our room (Einstein sleeps in there on his own dog bed), he just paces and whines and wants to go back down to his crate. Baby steps!

3. I’ve been working on trying new slow cooker recipes recently since they’re easy and usually result in a hearty comfort food-type meal. Yesterday, I tried making ribs, which I haven’t made in the slow cooker before, so I held my breath. They were AMAZING! I’ll be sharing the recipe next week, so stay tuned! In the meantime, do you have any tried and true favorite slow cooker meals? If so, feel free to share them below! I have a feeling I’ll be using it a lot more in the coming months.

4. I don’t know about you, but I absolutely adore Snack Factory Pretzel Crisps. I usually buy a big bag from Costco and have them as a snack, as well as use them for dipping – hummus, guacamole, random dips – they’re fabulous for this purpose! This week, I saw Carrian tweet about new holiday flavors and I almost fell off my chair. Peppermint bark-flavored pretzel crisps?! I will eat the entire bag in one setting, I guarantee it.

5. I’m now almost through my 27th week, which means that I’ll officially be into my third trimester on Monday. I can’t believe it! Time is FLYING, and I have a feeling that these last few months are going to go even quicker, with a baby shower, holidays, and getting everything ready for the baby. I feel like I have grown a ton almost overnight this week… I took this picture last Saturday. Whoa belly! At least I can still see my feet (I swear there are actual legs in those boots!) ;-) 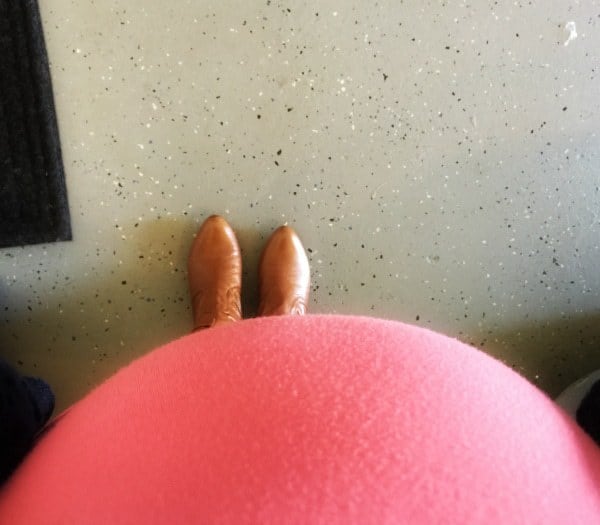 The little guy has been moving around like crazy lately… when I first felt him moving, it was only very low in my abdomen. Now, he’s all over the place – low, right in the middle of my belly, my sides, my ribs… I think he’s trying to bust out! Wednesday and yesterday were pretty much the most uncomfortable I’ve felt so far during this pregnancy. On top of the growing my belly has been doing, I haven’t slept all that well, and I’ve been having some bouts of “round ligament pain”. So, I’ve prescribed myself lots of couch time these last couple of days!

6. I got to see my mom for a little girls’ lunch on Saturday… she was diagnosed with shingles a little over a month ago, and both her doctor and mine advised us not to be around each other for an entire month to be on the safe side. I was able to go to her 60th birthday dinner two weeks ago, but we had to sit on opposite ends of the room and I couldn’t have any contact with her. The quarantine is finally over!

7. I’ve been starting to poke around for ideas on what to wear to my baby shower in the middle of November. If you had one during the winter months, what did you wear? I’m thinking a comfortable dress with maybe tights and boots and some pretty accessories? I’m fashion-challenged, so absolutely share your ideas! Also, feel free to share any stores (online or brick and mortar) that might have some good options for a dressier occasion (I’ve been living in tshirts and comfy clothes from Old Navy and Target!).

8. Dara from Cookin’ Canuck wrote an amazing post this week on how to write a business plan for your blog. While it’s geared toward blogging, I think you could absolutely tweak it and use it for any small business venture you might be working on… such a great resource!

9. Thanks for all of the recommendations on cases for my new iPhone! I decided to go with a Zagg Glass screen protector and a Spigen Neo Hybrid case. I got the screen protector already – it was incredibly easy to install and looks great. The case was back-ordered and should arrive early next week. Hopefully I can keep my phone in one piece until then :)

10. TGIF! These guys hope you have an awesome weekend! 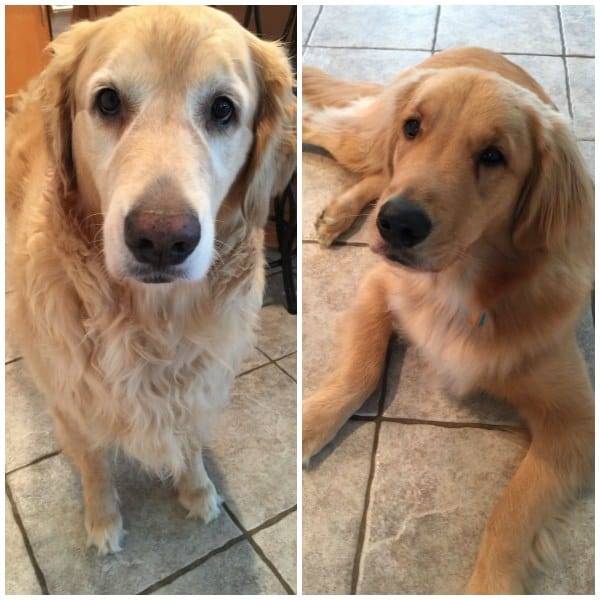