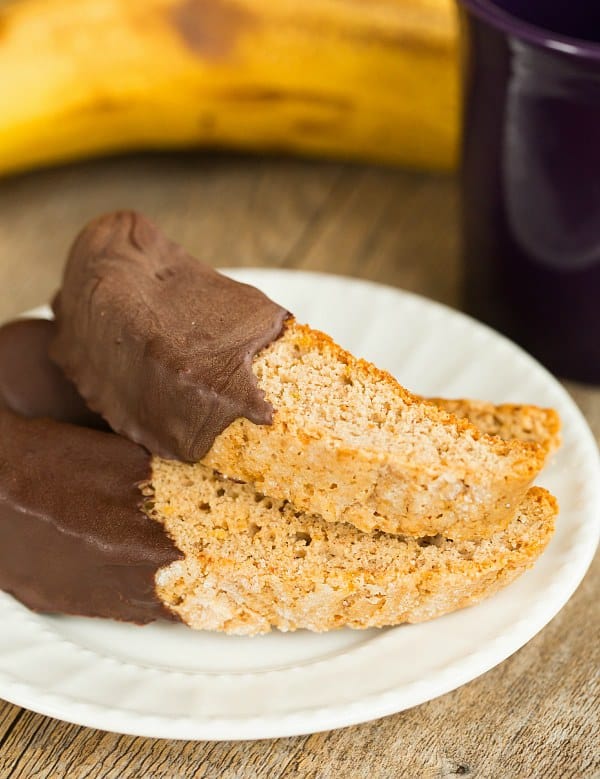 The food blogging landscape has grown by leaps and bounds since I started writing in this little space in 2007, but back in those early couple of years, there were only a handful or so of food blogs, and everyone “knew” everyone. I was a fan of Joy the Baker from the start – everything she made looked like something I would want to devour and I loved her carefree style. I bookmarked nearly every single recipe in her first cookbook, so I was thrilled when she sent me an advance copy of her newest one, Joy the Baker Homemade Decadence.

As I flipped through the new book flagging recipes, I knew immediately which one I wanted to try first. These banana bread biscotti jumped off the page at me because they reminded me so much of my grandma. They are a mash-up of two of my favorite recipes of hers – banana bread and biscotti. It took less than a day for me to start mashing a banana and get these into the oven! 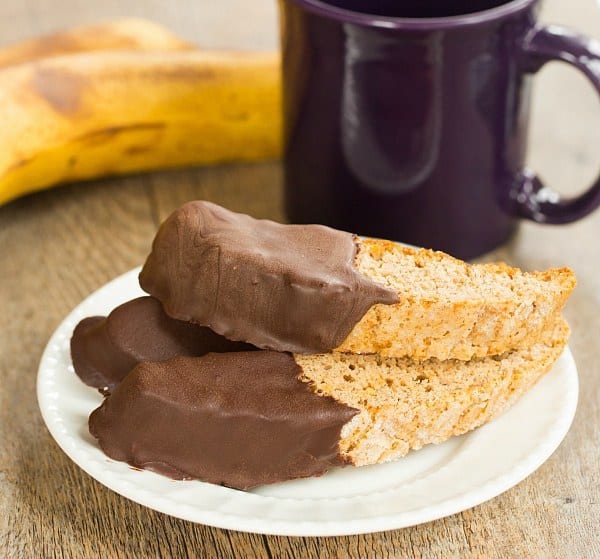 These biscotti are absolutely fabulous – the banana flavor shines through; that, combined with the cinnamon and dark chocolate dip, is phenomenal. The combination is simply amazing! The only adaptation I might make is to include some chopped walnuts, since my grandma always included those in both her banana bread and biscotti, but that’s simply nostalgia talking. These are perfect as-is, and you can make them as soft or as crunchy as you’d like.

If you love cozy, warm and comforting baked goods (and a healthy dose of chocolate!), then these biscotti deserve a spot in the cookie jar on your kitchen counter. 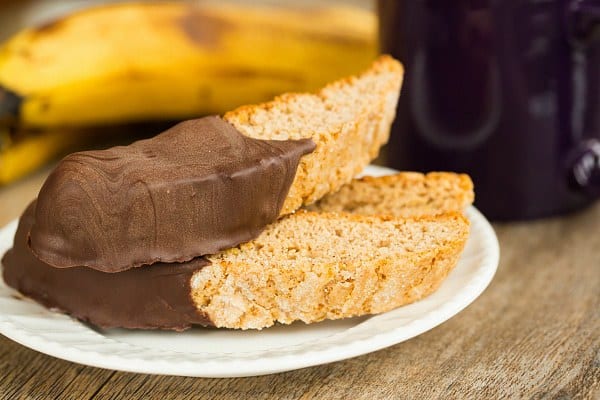 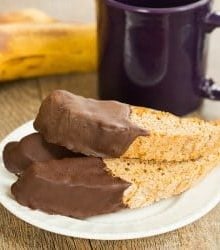 For the Egg Wash & Topping:

For the Chocolate Coating: