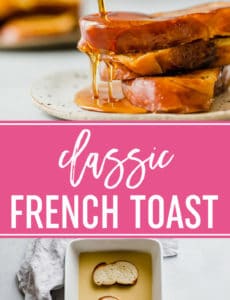 This easy French toast recipe produces the absolute BEST French toast – super fluffy and perfect for drizzling with tons of maple syrup! Whether you whip it up for Saturday breakfast, Sunday brunch, or breakfast-for-dinner during the week, you will never need another recipe for French toast again! 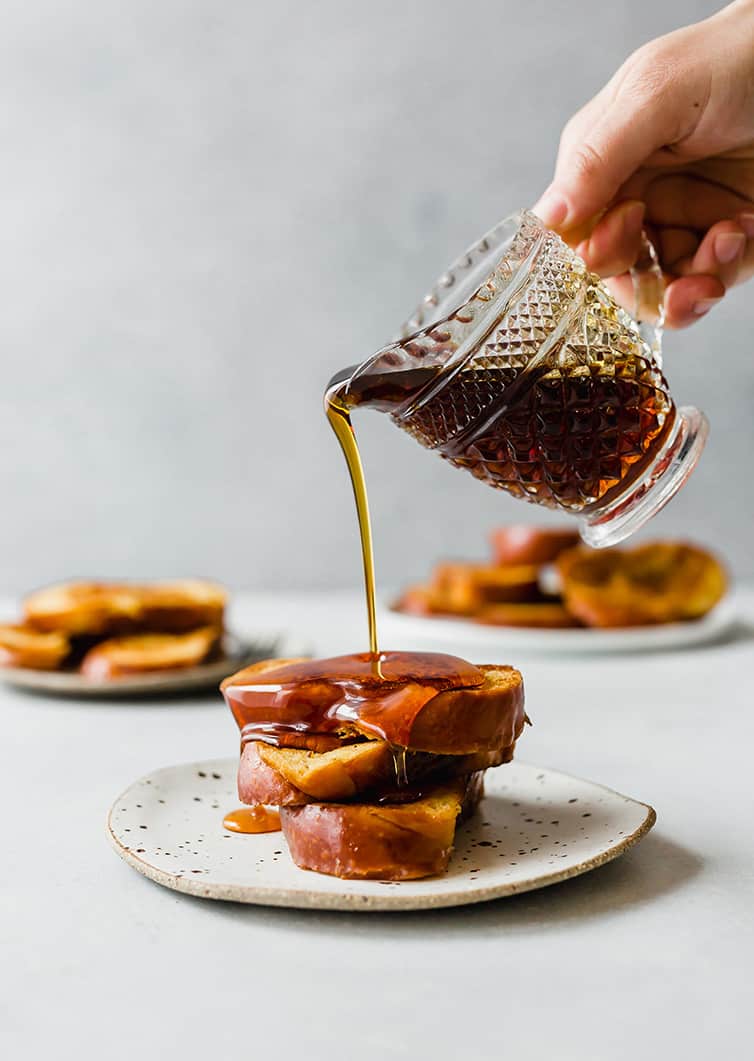 My mom used to make French toast as an occasional breakfast treat while we were growing up, and I always loved and devoured it. Who could resist bread dipped in an egg mixture and browned up in a buttered skillet? Throw on some more butter and syrup, or a sprinkling or powdered sugar, some bacon or sausage, and could there be a better start to a Saturday morning? I would argue not.

This particular French toast recipe, however, is so incredibly decadent, has such a rich flavor, and is perfectly sweet that I would argue the maple syrup COULD (maybe… for some people…) be optional. Crazy, right?!

Watch How to Make the Best French Toast! 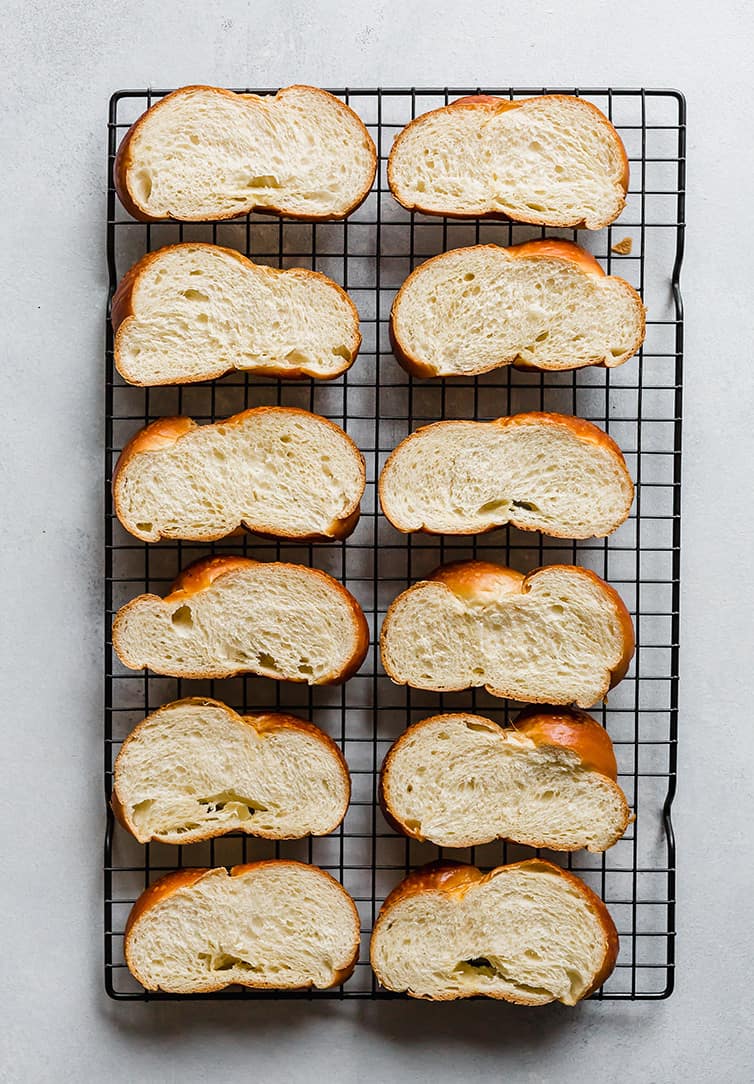 How Do You Make French Toast?

French toast is an incredibly simple recipe that lends itself to all sorts of variations. At its core, however, are three simple steps:

Should French Toast be Soggy?

No! No, no, no… definitely not soggy. The perfect French toast will come out with a creamy interior thanks to all of that custard seeping through, but the exterior should be browned and slightly crisp. It should not be soggy at all!

What Should I Serve with French Toast?

There are so many options! Some of the most popular accompaniments are listed below: 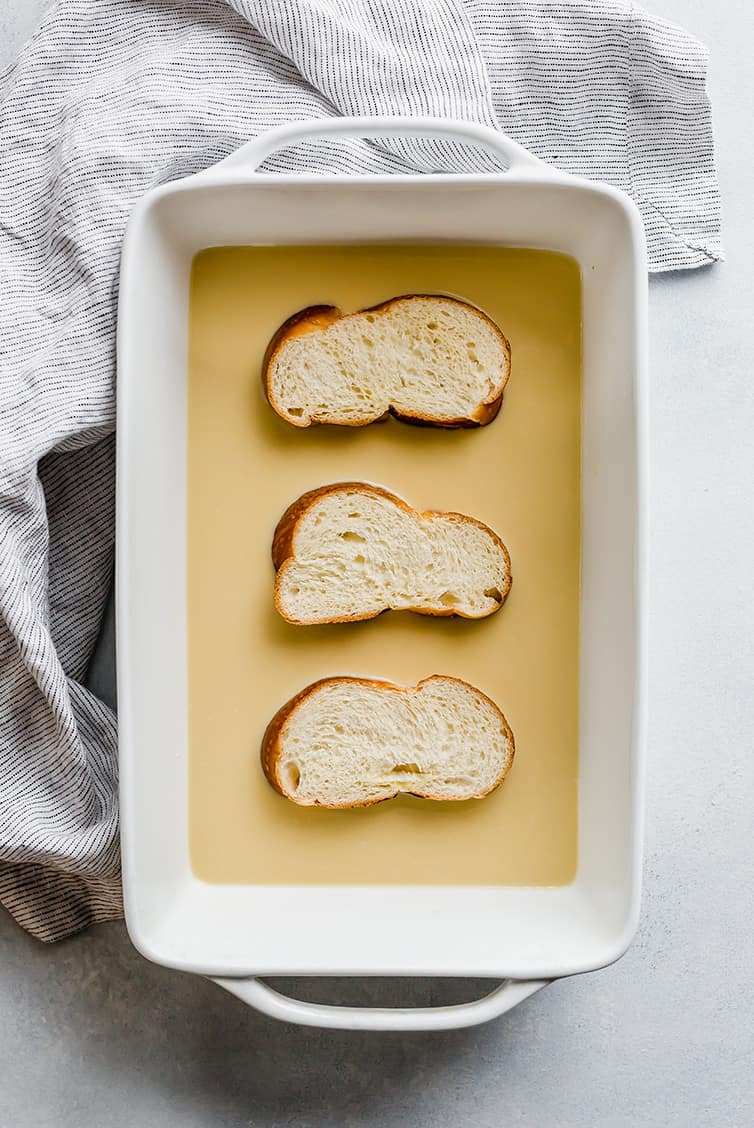 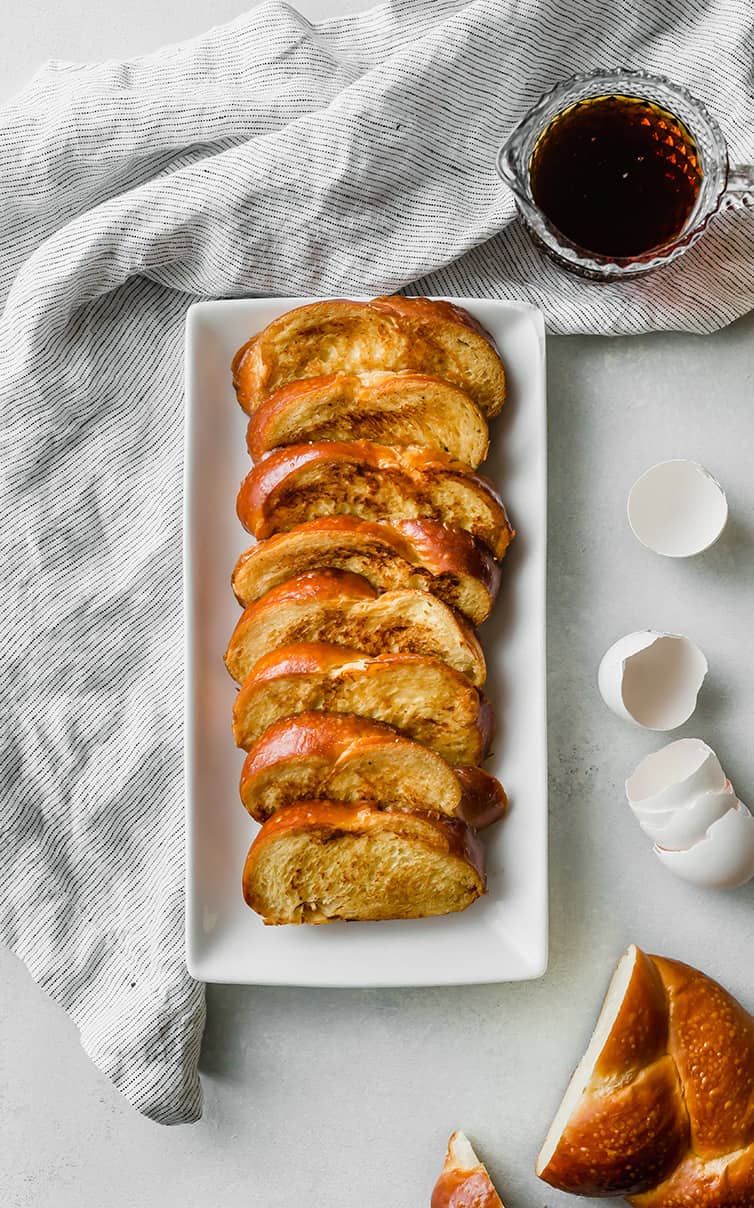 So there you have it… the absolute holy grail of French toast recipes. It takes a little bit of pre-planning, but it will take your weekend mornings to another dimension.

Once I’m back on my feet after totally recovering from the c-section, I’d love to start a Saturday morning breakfast tradition with the boys and make something extra-special… this French toast is going to be first on my list! 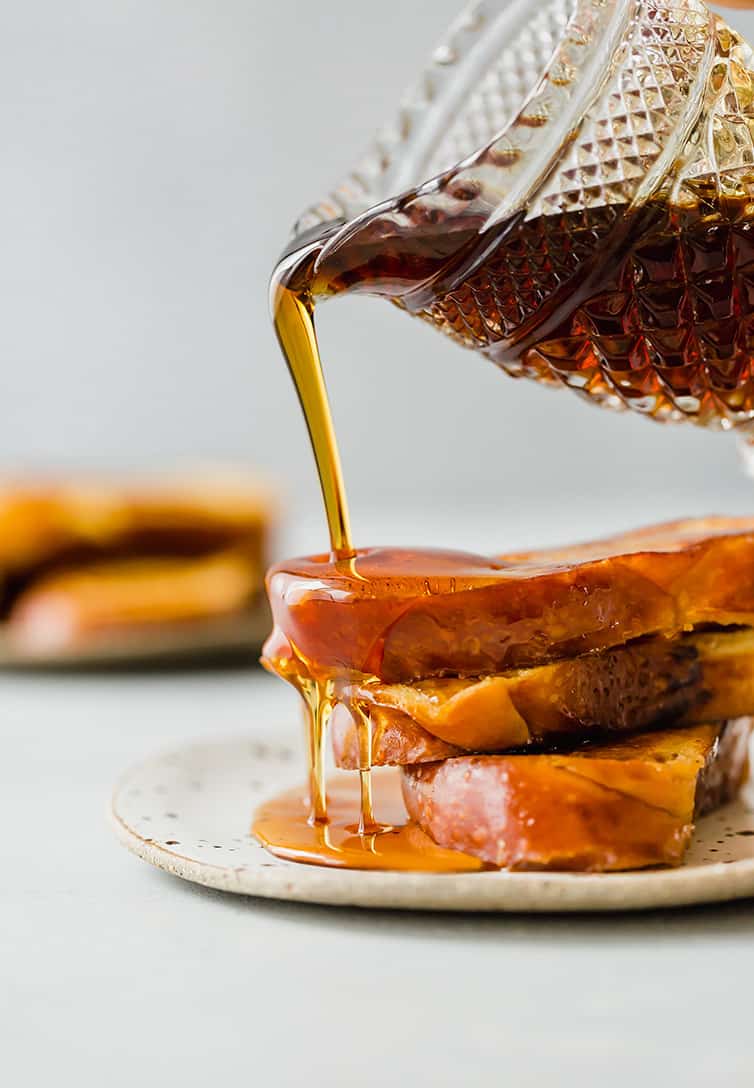 Print
4.8 from 5 votes
Did you make this recipe?
Leave a review »

This recipe was originally published on October 18, 2008. 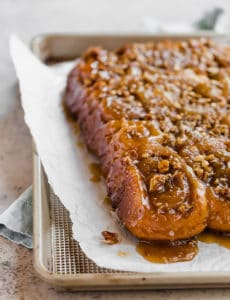 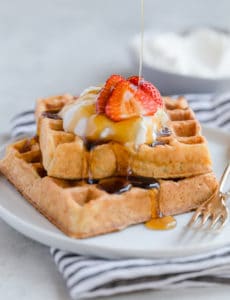 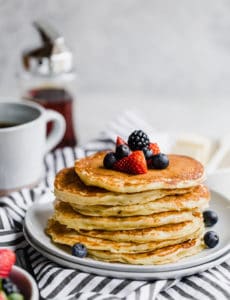 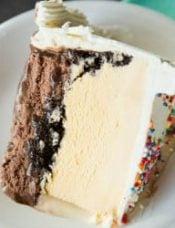