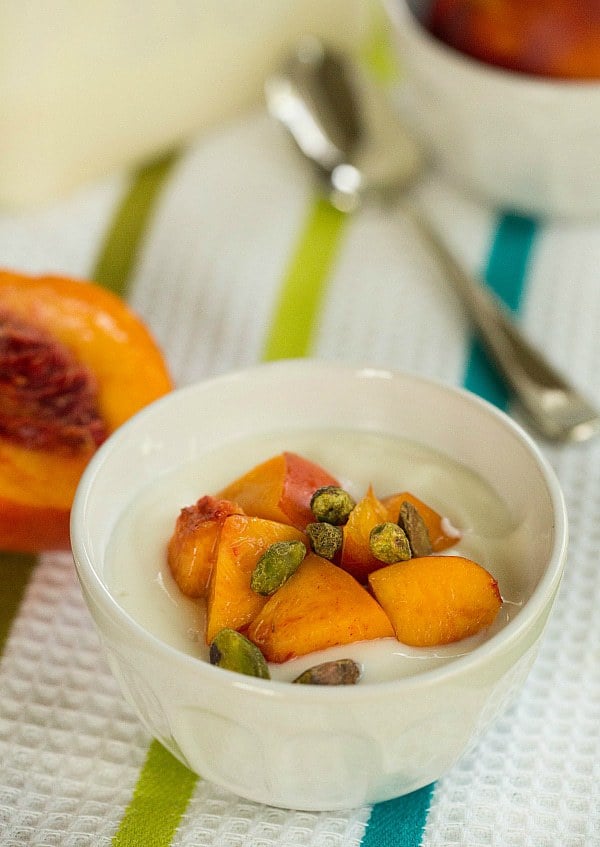 I’ve had an on-again, off-again relationship with yogurt for the past ten years or so. I eat it in spurts, and began eating it after college when I worked in an office as breakfast or an afternoon snack. It wasn’t until much later when I began learning more about sugar, aspartame and added ingredients, that I realized that my fruit-flavored yogurt wasn’t really all that good for me at all. I’ve tried plain yogurt a couple of times in the recent past, but I really didn’t care much for the taste at all. I started adding honey, but really didn’t want to add extra sweetener, as I felt it defeated the purpose of eating plain yogurt. This summer, my taste buds did a 360. I tried the plain yogurt again with fresh fruit, and voila! Somehow, I liked it and didn’t feel the need for any additional sweetener. Naturally, my next step was to make it at home. 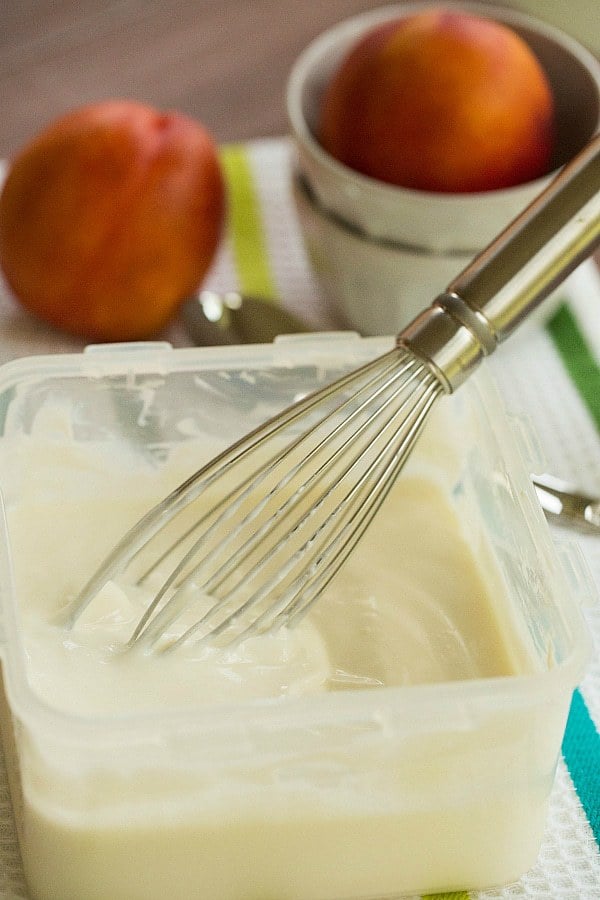 This was my first successful homemade dairy product, and I was beyond thrilled! I’ve tried mozzarella more than a couple of times now, and have yet to achieve great results. The yogurt really could not have been easier to make. Simply heat up milk in a saucepan, let it cool down, whisk in a little bit of plain yogurt as a starter, then let it incubate and work its magic. For true Greek-style yogurt, the yogurt is strained of the whey so that it’s even thicker and creamier.

I thought this yogurt was absolutely fantastic. Thick, creamy, tangy and the perfect flavor. You could even stir in 1 teaspoon of pure vanilla extract for additional flavor, if you’d like. While a few recipes that I found called for dry milk powder as an optional ingredient, I chose to leave it out. I wanted more of a pure, clean product, and was very happy with these results.

This summer, I’ve been pairing my plain yogurt with either mango or nectarine, and a handful of pistachios. I love having it for breakfast, as it keeps me full for a pretty long time. What’s your favorite way to enjoy yogurt? 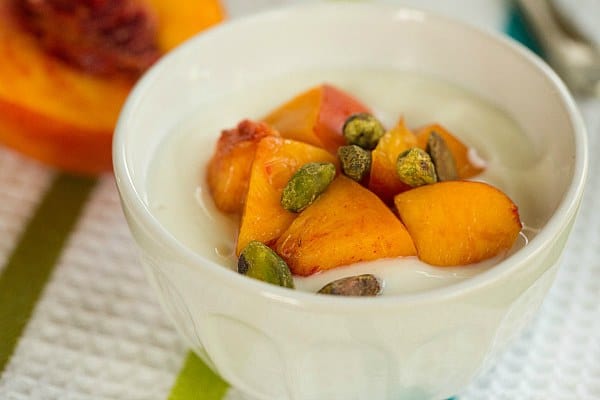 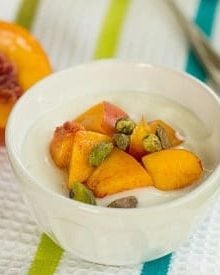