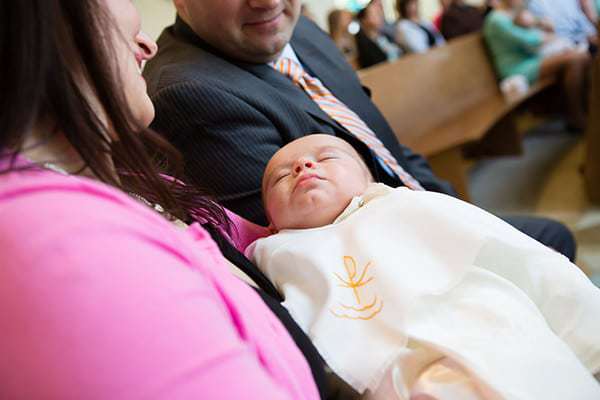 1. This past Sunday was Joseph’s baptism (which also would have been my dad’s 62nd birthday) and it was an absolutely fantastic day. He somehow managed to sleep through the entire thing… like didn’t stir once. He fell asleep while I was holding him and talking to family before the ceremony began and didn’t open his eyes again until we were walking out of the chapel, after we had taken approximately one billion photos. I thought for sure the cold water hitting his head would jolt him awake but, nope. The little dude was OUT. The priest was beyond impressed. On a related note, Joseph slept through the night for the very first time on Saturday night!! He slept from 9:30pm until 6:30am and has been sleeping for 8 to 9 hours straight ever since. Woo!

(Also, the picture above is unmistakeable evidence that someone got daddy’s chin :))

2. One of my husband’s best friends came in for the weekend along with his wife and their daughter, who is 21 months old. I think it’s safe to say that Duke officially has a new best friend. Those two (Duke and the toddler, that is) chased each other around the house the entire weekend and she kept giving Duke her shoe, then would throw her head back and belly laugh at Duke holding it in his mouth, yelling “shoe!” After they left on Sunday, I immediately regretted not taking a video of the two of them playing together. It was a little glimpse of what it’s going to look like at our house in a couple of years and I think Joseph, Duke and Einstein are going to love playing together.

3. I discovered Mary & Martha products earlier this week, thanks to Bridget at Bake at 350. It is an absolutely gorgeous line of kitchen and home goods, many of which include inspirational and spiritual verses. I am in love with the pizza tray and bread board!

4. This organized refrigerator (complete with labels!) is totally getting my inner Type-A personality excited about a refrigerator overhaul.

5. Epicurious is putting together a list of their Top 10 cookbooks of all time – books that every cook should have in their kitchen. Which cookbooks would you add to the list?

6. I love this post from Cookie Monster Cooking on How to Stock a Healthy Pantry, and love that it includes a pretty printable!

7. These 100 Best Baking Tips & Tricks from A Spicy Perspective are a fantastic compilation of pretty much every useful piece of advice when it comes to baking. Definitely check it out!

8. The NHL playoffs started this week and I’m not sure if it’s because I’m currently all-consumed with the needs of an infant or because my beloved Penguins have really stunk it up the second half of the season, but I’m as ho-hum about the playoffs as I’ve ever been in my life. Maybe if we show some life in the first couple of games it’ll get me into the swing of playoff hockey. Who are you rooting for this year?

9. As you may have noticed, The Weekend Dish took a hiatus after Joseph was born, due in large part to the fact that I had basically zero time to take a shower let alone do my usual blog surfing. Now that we’re settling into a little bit more of a routine during the day, things are falling back into place and The Weekend Dish will resume tomorrow!

10. TGIF! These guys wish you an awesome weekend! 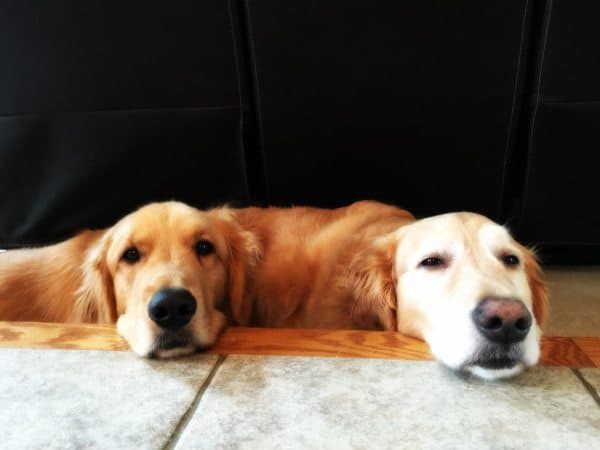