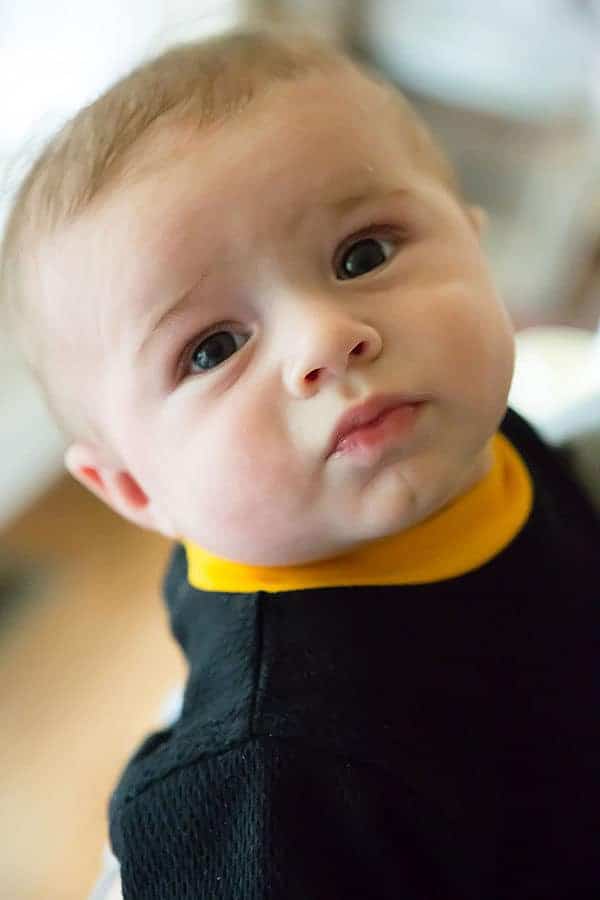 1. This little guy has been a ball of fun lately, especially since he has started to REALLY notice his furry brothers. Any time they walk by him, he starts flapping his arms and getting excited. We’re starting to let him pet them and it’s the cutest thing… he basically grabs at their fur, but they’re so patient. I need to get a good video of it!

I think he’s also in the midst of some teething. He’s constantly chewing on a finger or thumb and after weeks of going to bed and sleeping for 11-12 hours a night, he’s had some rough bedtimes and a couple of recent middle-of-the-night crying fits. Poor little guy, it’s so sad when he’s upset… I wish I could wave a magic wand and fix it!

(Also, can you believe how light his hair is getting?? It was so dark when he was born!)

2. So, we actually thought about adopting a Golden Retriever yesterday – we saw on Facebook that an 8-year-old was being surrendered by a family who was moving and couldn’t take the dog along (what?!)… And we really, honestly thought about it, then saw that the dog was going to be rescued by a neighbor who had recently lost their own dog. Have we lost our minds?! Three dogs and a baby?? Well, everyone says that after two kids any extras get easier… maybe it’s the same for dogs?!

3. I’ve suddenly noticed that a lot of people I know are on snapchat… is this a thing now? (please say no)

4. I just saw that some makeup packaging actually includes a little icon indicating how long the product is good for once it is opened. I had NO IDEA this existed!

5. Homemade Chick-Fil-A sauce? I am SO making this!

6. I ordered The Whole30 book because I am desperate to lose the rest of my pregnancy weight and apparently eating like I always have is good for maintaining weight, not so much for losing it, so I need a little jump-start. I plan on reading it before diving in, so I’ll keep you posted…

7. Speaking of new books, I’m checking out some cheese books in anticipation of my fourth attempt at homemade mozzarella cheese. I’ve tried (unsuccessfully) three times now; last Sunday, my aunt said she wanted to try making it, so I’m hoping to master it sometime soon!

8. This list of the 50 Best Burger Joints in America is getting bookmarked for the next time we hit the road. Astonishingly, I’ve never eaten at ANY of these places… what’s your favorite burger place? I think I’d go with Cheeburger Cheeburger – I ate there first when my husband (then-boyfriend) was living outside of DC; they’ve since opened one not far from where we live now and they have FANTASTIC burgers!

10. TGIF! Do you think these two could handle another furry brother?! 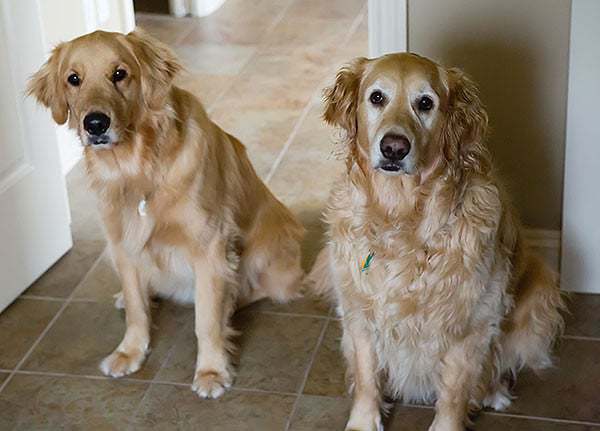 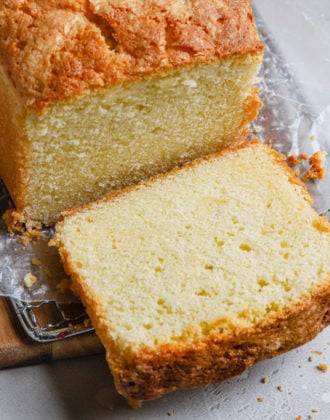