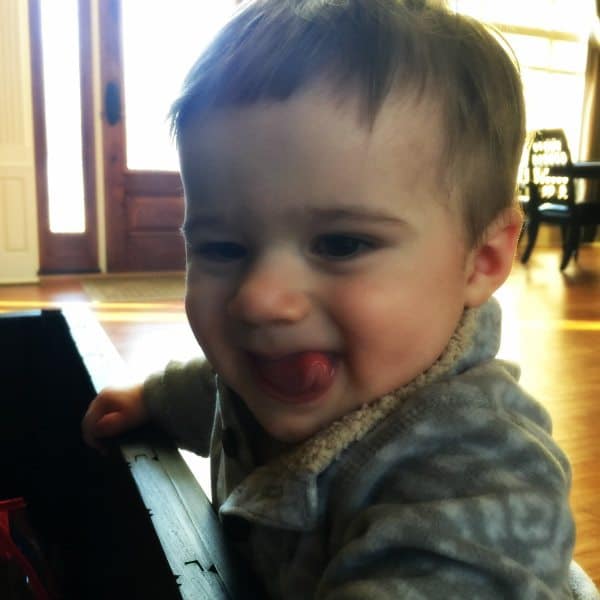 1. Joseph hasn’t missed a beat and has been trying to walk as far as possible every time he stands up. It’s so adorable to see him with his hands in air, stumbling across the room. He usually let’s out an “oooooh!” or “whoaaaaaa!” while he’s walking – hysterical! Here is a quick little video :)

2. Did you get a lot of snow where you live? We didn’t end up with much at all – maybe three inches? However, family that lives not very far from us got six inches and other suburbs around the city got up to a foot! I guess we were just on the edge of the storm.

3. DYING over this video of an enormous brown bear cuddling with his handler. I’ve always wanted to cuddle with a bear, which is probably all sorts of crazy, but just look how cozy!

4. Have you read The Life-Changing Magic of Tidying Up? I ordered the book and immediately loaned it to my mom, but I’m excited to dig in. I really never thought I had THAT much stuff until we moved. When I saw how many boxes it took to move clothes, books, kitchen stuff and everything else in between, I was astonished. I’ve been wanting to purge and streamline and organize ever since.

5. On a similar note, I am love, love, loving this post from Pinch of Yum on how to start a capsule wardrobe. I’m inspired!

6. Very interesting take on prepping for a baby in Finland.

7. This post about wanting a mediocre life is a beautiful take on life in general. (h/t How Sweet It Is)

8. I have two main cast iron skillets – a 10″ and 12″… the 10″ one is seasoned beautifully – the finish is slick and black and nothing ever sticks to it; I can basically just wipe it out after I use it. The larger one, however, is in less than stellar shape, with some layers of cooked-on gunk hanging around. I’m planning on using this method from Cook’s Illustrated over the weekend to get it in tip-top shape.

9. I’m at the tail end of my Whole30 (Sunday will be my last day), and I’m excited to hop on the scale Monday morning. I’ve been feeling great and may continue doing it on a modified schedule, allowing myself to indulge on Sundays again!

10. TGIF! This is Einstein’s lazy way of begging for his dinner early ;-) 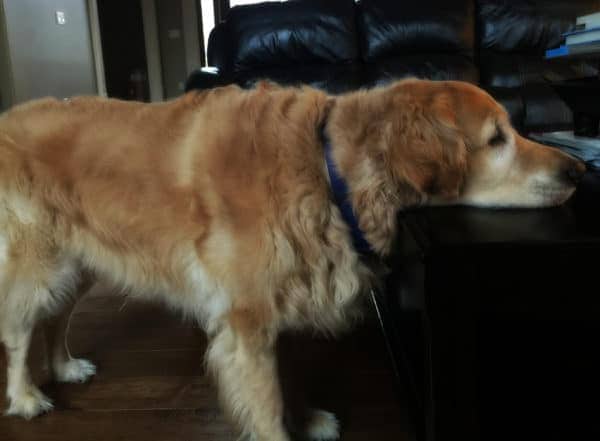