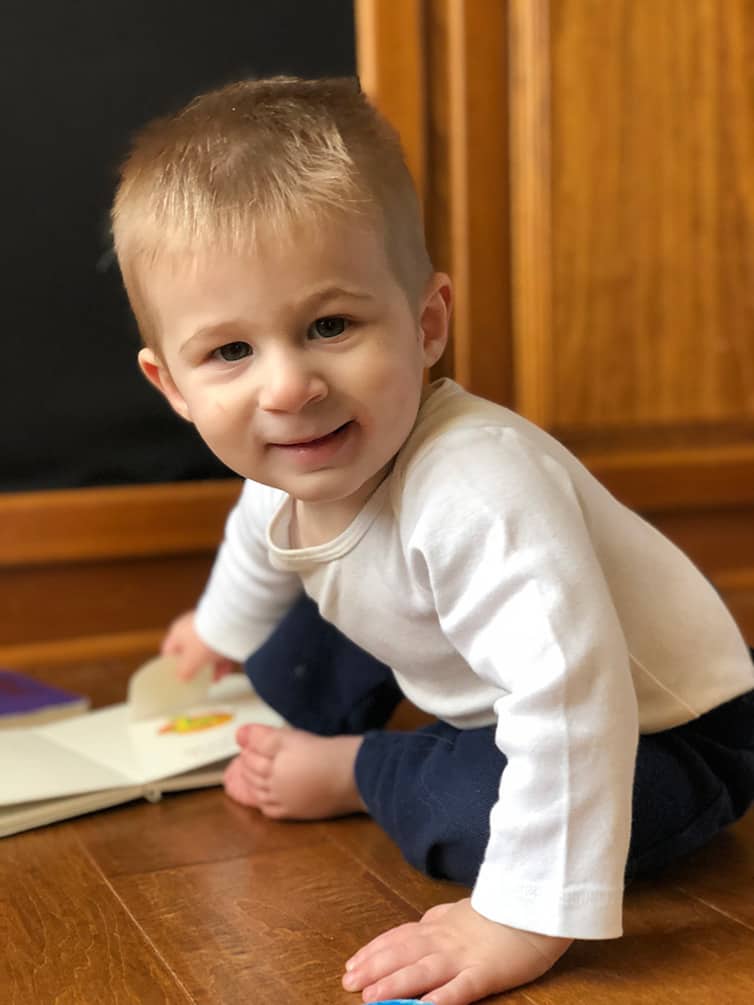 1. Dominic turned 14 months old on Monday! He seems to have grown in leaps and bounds over the last few days… trying to say many more words and he’s actually started going up to Joseph, holding his arms out, and hugging him, which honestly is about the most heart melting things I’ve ever seen and I still haven’t been quick enough to get a picture of it. Dominic has also started taking Joseph by the arm and leading him around the house, which Joseph finds hysterical. Those two are just the best.

2. This was, however, a long week at our house, and that might actually be the understatement of the century. Joseph came down with croup on Saturday evening and while he had it once earlier this year, I feel like this bout was a million times worse. We had four straight nights of very little and interrupted sleep (for all of us), and Dominic decided that this was a good week to start waking up at 5:45am routinely 😭 Luckily, a quick round of meds from the pediatrician and a solid night of sleep had Joseph almost as good as new by yesterday, but boy, we were all kind of zombies this week!

3. We’d like to get a set of low bookshelves for Dominic’s room to go underneath his windows and I’d love any recommendations if you have them! Because of the way his room is configured with spacing between the windows, closet, etc. there is literally nowhere for a traditional bookshelf to fit right now with a rocker in there (we spent an entire afternoon rearranging furniture to make it work, and it was a big fail). We have a couple floating shelves for the wall, but would like something low so he can access books, stuffed animals, etc. as well.

4. I’m doing it… I’m taking the Insta Pot plunge! Now, important question… I originally had the 9-in-1 model in my cart, but then I saw they came out a new 10-in-1 that includes a quick release. Since I’ve never used a pressure cooker, I don’t know how big of a deal that is, but right now those are sold out… so my question is should I wait to get that one, or roll with the 9-in-1??

5. OMG “The Struggle of Being an Older Sibling” video with two Golden Retrievers is hysterical, adorable, and 100000% reminded me of Duke and Einstein when Duke was a little pup. Love.

6. My husband found this advent calendar on Etsy (it’s from this store, but they look to be sold out right now) and I am in total love with it. It is backlit and it’s just gorgeous. We never had a true advent calendar growing up, but I do remember some cut out of a Santa face and everyday you glued a cotton ball to the beard until it was totally full. I feel like it came from Pizza Hut? Haha. NOW! I need ideas on what to put in those little boxes! 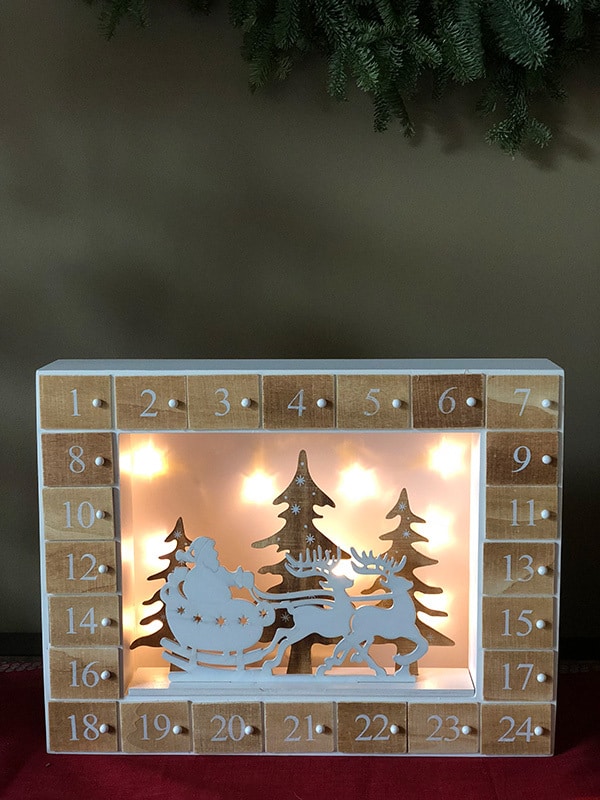 8. I feel like this pregnancy has totally messed with my taste buds… I made peppermint bark last week, which I make and love every single year, and the dark chocolate just tasted awful (same chocolate as I always buy, nothing different). It didn’t make me nauseous or anything, but I just did NOT like it. However, give me a piece of good milk chocolate right now and I’m in heaven. Crazy.

9. On a semi-related note… one of the kind of crazy things my grandma used to always eat was half of a pita, split open and toasted, then slathered in peanut butter and jelly. It didn’t take long for her to turn me on to it when I was younger, being a total pb&j fiend, but I haven’t eaten that in years and years. Earlier this week I passed the display of pita bread at the grocery store and picked up a package. I’ve had it every day this week (with Sunbutter in place of the peanut butter), and it has been total and complete comfort food for me. The pita is super thin and crisp after toasting, and it’s just SO GOOD. 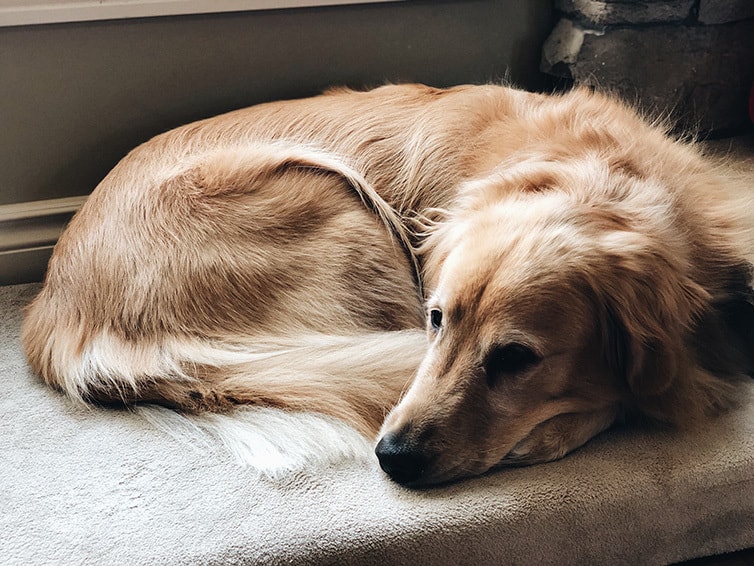