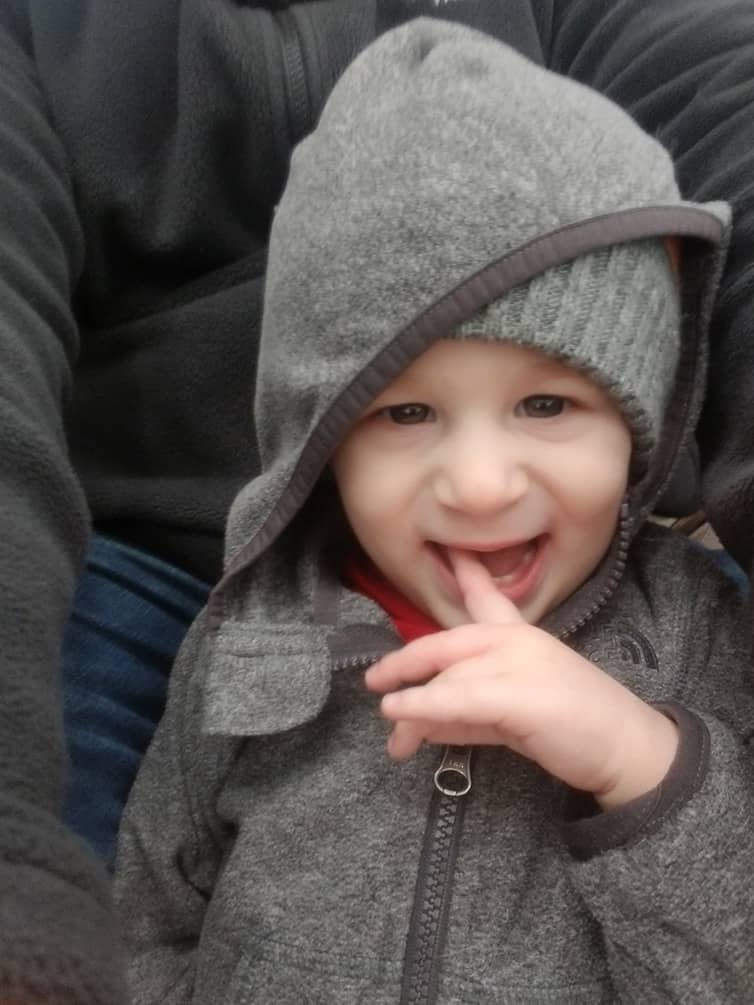 1. Dominic turned 18 months old this week! The time has absolutely flown by; he is a huge ball of energy and non-stop motion. He’s silly, loves to make us laugh, and adores his big brother, copying everything that he does. He’s on the verge of terrible two action; one of his favorite words is “no” and he can throw a massive fit if he doesn’t get what he wants, but he is still so much a mama’s boy and I love his sloppy open-mouth kisses :)

One of Joseph’s favorite things lately? Looking through my cookbooks (aka “recipe books”). He’ll ask me to go get one, then points out all the food he knows, and asks me to read him the pages. IT. IS. ADORABLE. 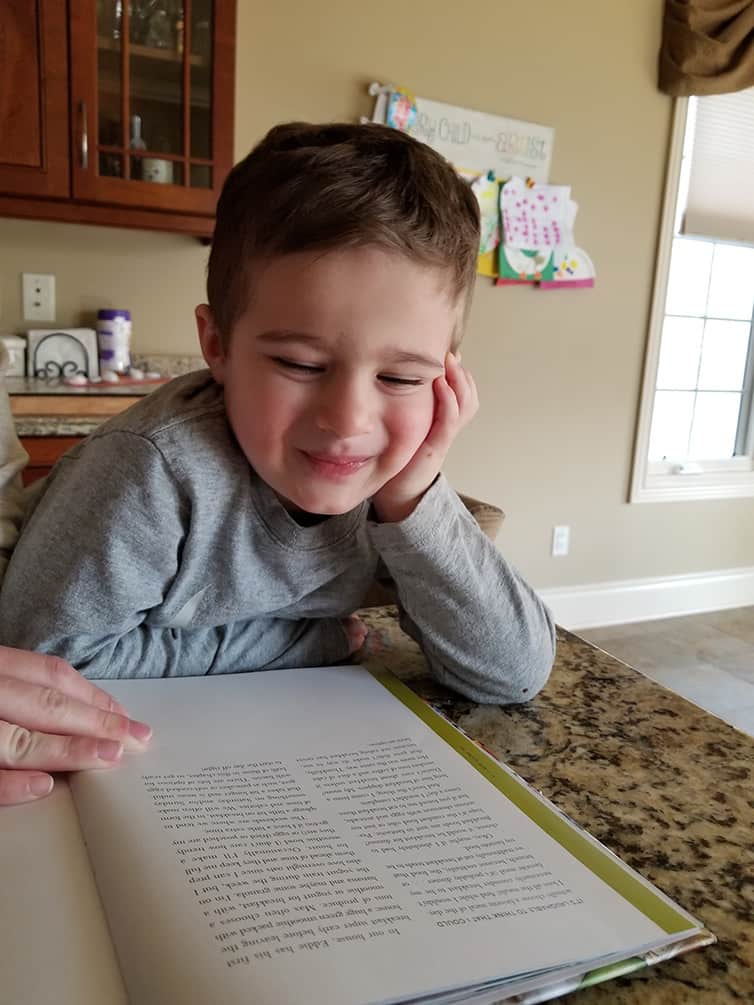 2. Has the weather been 100% insane where you live? We had four inches of snow here on Monday morning, it was totally melted by dinnertime, then there were thunderstorms on Tuesday, and now it’s freezing again and it’s supposed to snow off and on for the better part of the next week. I love winter and snow, but I’m officially ready for some warmer weather!

3. AMEN to the 7pm bedtime! We had some struggles getting Joseph to bed around the 4 to 6 month mark and after doing a lot of reading, we tried an earlier bedtime and it was MAGIC. It worked so well for him that we did it from the start with Dominic and he’s been a fantastic sleep. They have bedtime at the same time, and they are asleep almost every night by 7pm (there are rare exceptions like accidental late car naps, a family function, etc.). It’s wonderful to have the rest of the evening to relax, and they sleep until close to 7am (sometimes even later) in the morning. We may have just lucked out with two great sleepers, but we totally swear by the early bedtime and nap schedules, even though most people think we’re crazy for putting our kids to bed so early!

4. Have you done Ebates? This was totally new to me, but a couple of weeks ago my aunt and mother-in-law were talking about how they signed up and my aunt shops a lot online and said she couldn’t believe the cash back. I signed up and put an extension in my Chrome browser… I’ve only made one qualifying purchase so far (new pajamas for the boys from Hanna Andersson), but love the idea of getting cash back to shop where I would anyway!

5. There’s a local HD radio station here that I get in my car and it’s basically a reinvention of the old pop station from the 90s, but I swear all I hear are songs like “Bump & Grind”, “Knockin’ Da Boots”, etc etc. And I still remember all of the words, and then I’m like omg I was maybe like 11 years old when these songs were popular, how on earth did our parents let us listen to this?! Of course looking back, I was a totally naive kid and didn’t fully understand the lyrics AT ALL, BUT STILL. They are now permanently etched in my brain, apparently.

6. I couldn’t believe it when I saw that this is the 20th anniversary of Dawson’s Creek, gahhhh. That means it’s been 20 years since I graduated from high school, my goodness. BUT… man, I was so hooked on Dawson’s during college and will forever be Team Pacey.

7. Ever since making the chocolate crinkle sprinkle cookies that I shared yesterday, I have been majorly craving a soft serve ice cream cone slathered in sprinkles. Maybe in a few weeks (hopefully it’ll stop snowing by then, ugh!).

8. The Masters is this weekend! One of my favorite sporting events to watch, I love the tradition and pomp and circumstance.

9. We’ve been watching a new show! Well, not really new to anyone else, as I’m sure we’re the last people to actually watch it, but we finally gave The Crown a second chance and got totally hooked. We didn’t make it through the first episode initially, but maybe we were just tired? In any event, we’re loving it, so fascinating! Other than that, just the usual rotation of Homeland, The Americans, and The Blacklist. 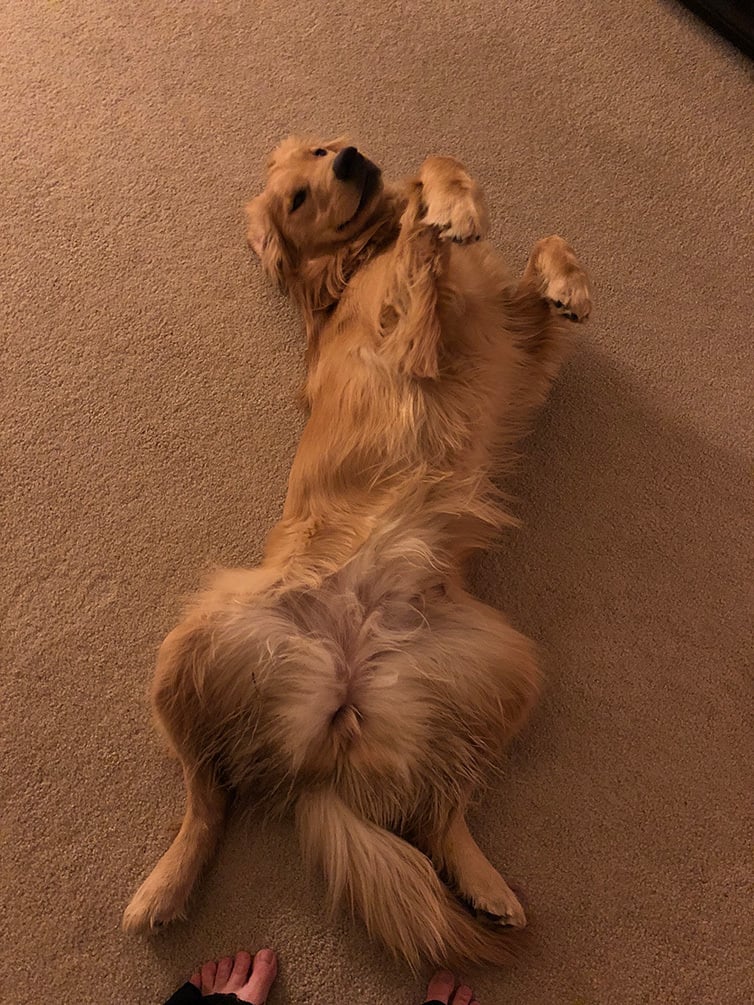