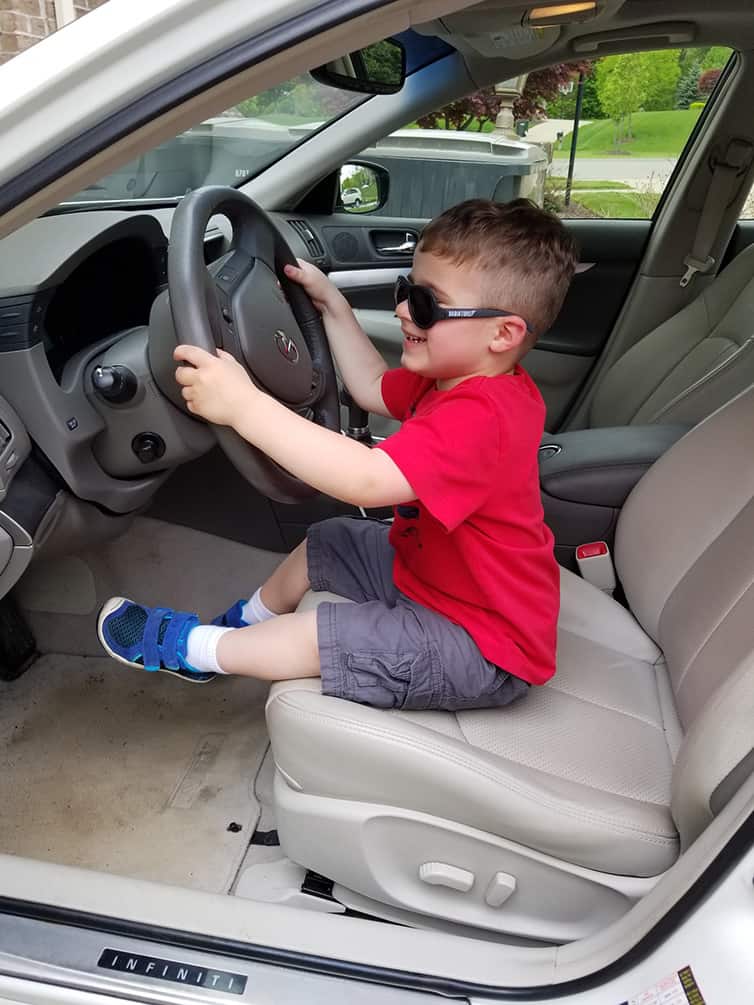 1. Yesterday was Joseph’s last day of preschool for the year and I had ALL THE FEELS. For some reason it made me much more weepy and emotional than his first day of school. We hadn’t really planned on him going to preschool this year, as 99% of the schools around us require you to be three before September 1st, but then we heard about a school near us that had an extra “bonus” year for kids who were 2.5 before September 1st. Joseph was so terribly shy and I was hesitant about doing it and worried about how he would adapt… The first day I was so terrified that he would cry when I dropped him off and it would break my heart, and he… barely even turned around to wave goodbye, just went off to play. I was stunned! Here we are 8.5 months later, and I can’t believe the little boy before my eyes. He absolutely thrived there, LOVES school, talks about his different friends on a daily basis, tells us stories about what he did at school, who he played with, and has really blossomed socially. It was one of the best decisions we’ve ever made, but my goodness it’s a punch to the gut to realize how insanely fast he’s growing up.

2. Speaking of being social, our next door neighbors moved in about a year ago and they have two girls that are each a handful of months older than Joseph and Dominic. They’ve run into each other outside a few times and now Joseph talks about his friend next door. One morning this week, all four of them were out playing in our driveway, and Joseph was riding his tricycle. He got off of it for whatever reason and the younger sister went over to it and looked like she was going to try to get on and Dominic went running over, waving his finger, saying, “no no no no!” – protecting his big brother’s bike! (OR not sharing? HA) 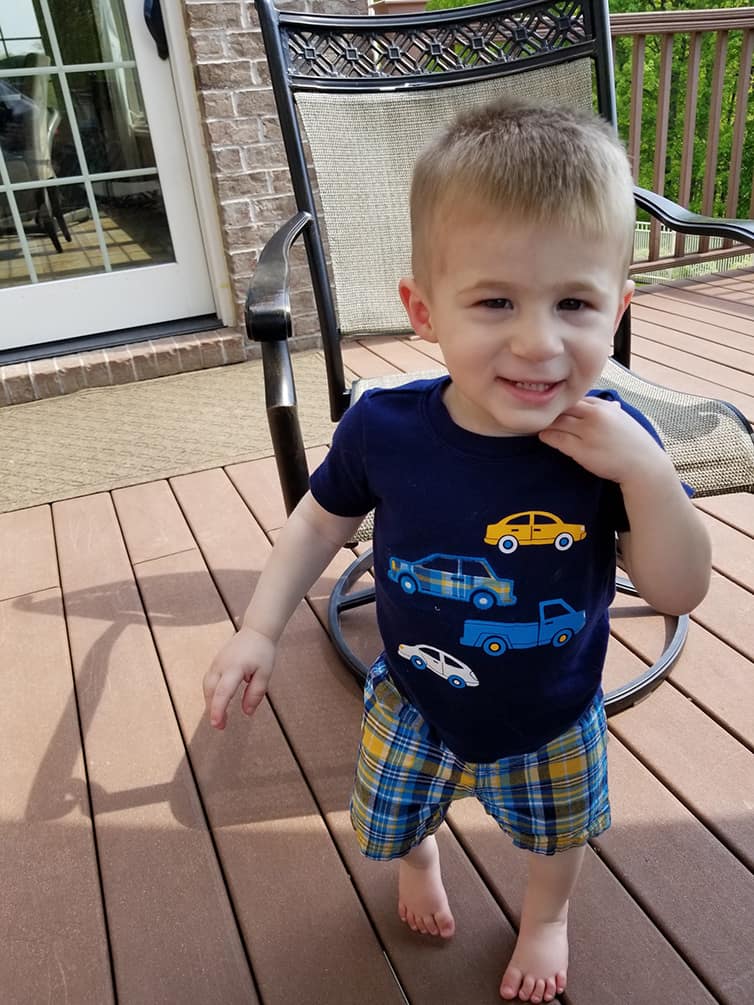 3. Isabelle went through her first little “storm cloud” (if you have the Wonder Weeks app!) or fussy period this past week. She was gassy on top of it, poor girl, but she was back to her super chill, content self by yesterday. I can’t believe she’s already six weeks old! This “maternity leave” has gone way, way faster than the other two… it’s been an absolute blur! 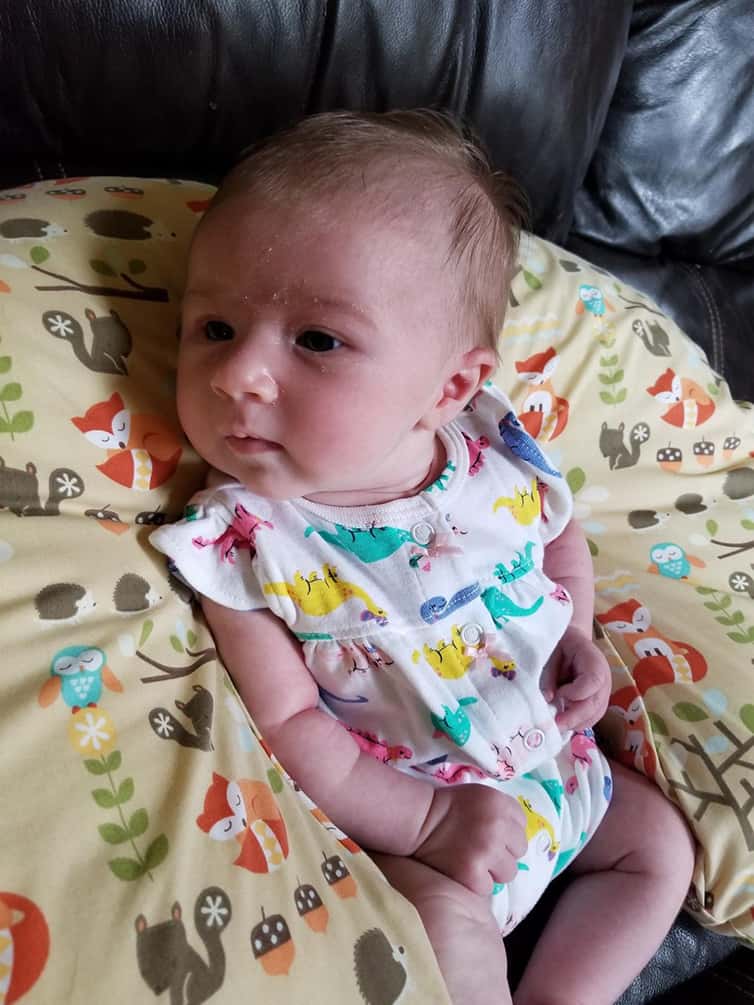 4. My cousin is getting married tomorrow! I am in the wedding and was so nervous about how my dress would fit since I had to give measurements when I was about four months pregnant and totally winged it. A huge sigh of relief when I tried it on about three weeks after having Isabelle and it was on the big side, so it needed minor alterations, but I had been terrified that it would be way too small! Whew! I can’t wait to see the boys in the little suits we bought for them :)

5. Remember a few weeks ago when I asked about your laundry schedule/situation because I was drowning in ALL THE CLOTHES? I have an update! Previously I had been washing our clothes on Tuesday and Friday, and I switched it to Monday, Wednesday, Friday instead (still bath towels on Saturday and kitchen/cleaning towels on Thursday), but… game changer! Just adding that one extra day has been a huge difference. Yes, I’m doing laundry more often (usually two loads on each of those days – one each of lights and darks), but it’s not nearly as much in one go so I can get it done and folded (and put away) much, much faster.

6. Last week I got my hair colored, which is one of my favorite post-baby appointments. After nearly a year of having to stare at old color growing out and way too many grays, it always makes me feel nearly back to normal to get it done! (I know some say it’s fine to do coloring when pregnant, but I play it safe and don’t do it at all.)

7. Have you heard of the five minute journal? I came across it just bopping around Amazon looking at some other journals, and I immediately ordered one. Since Joseph was born, I’ve wanted to journal to remember the little things from day to day, but it never stuck. I LOVE the idea of this five minute journal! The premise is that you write in it first thing in the morning and last thing before bed, but there are just a few quick prompts for things you’re grateful for, what could make today great, amazing things that happened today, and what could have made today better. I haven’t started yet, but am so looking forward to having a space to record the special things that happen each day.

8. I’m also eyeing a one line a day journal, which dedicates one page to a specific date over five years, so you can jot down a big picture of what happened that day and look back at the same date over a five year span. Sort of like the “on this day” memories that pop up on Facebook, but old school with a pen and paper :)

9. Can we discuss how there are only two episodes left of The Americans?! So sad to see this show end, I’ve loved it so much! Also, the soundtrack is killer 👌

10. TGIF! I hope you have a sun-drenched weekend with loved ones! 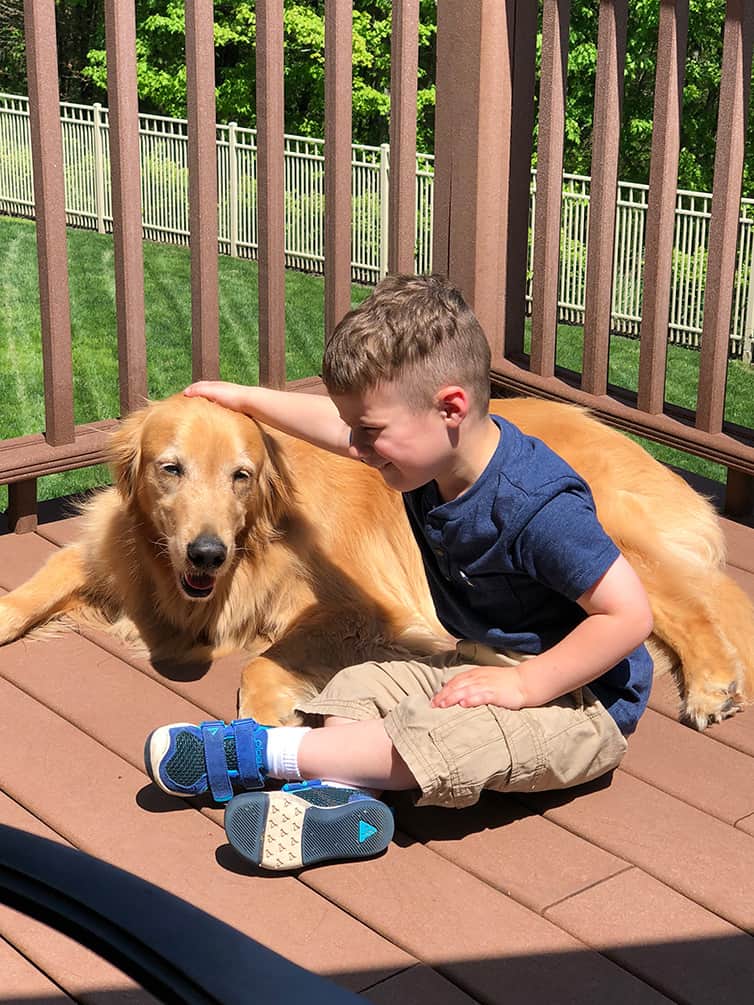