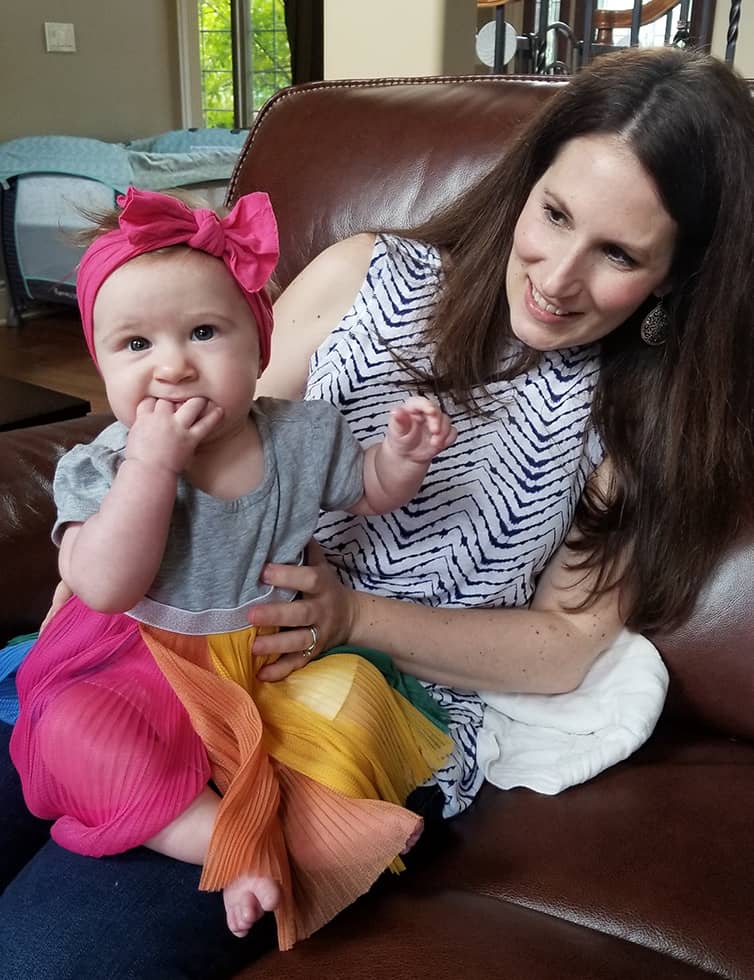 1. Isabelle had her 6-month checkup this week and is growing so well! She’s 81st percentile in height, 59th in weight, got all of her shots, and handled being way, way overtired like an absolute champ. She is just such an incredible little love of a baby.

2. BUT! This past Monday I decided to take all three of the kids to the grocery store for the first time. It was… not a great idea. I had taken Isabelle on her own before, and she did fine, but for whatever reason this time she screamed bloody murder every.single.time I stopped pushing the cart. Joseph and Dominic kept asking why she was crying and Joseph kept saying, “I think maybe we should go home” lolololol. ME TOO, BUDDY. 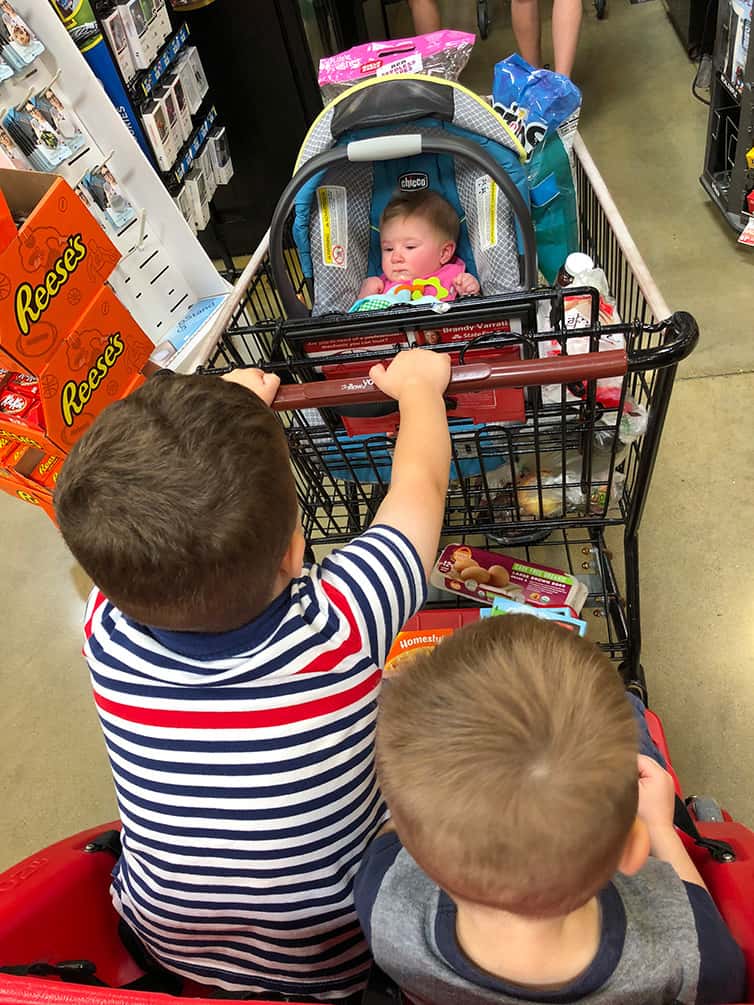 This is much better picture of all three kiddos from Dominic’s birthday party last weekend :) 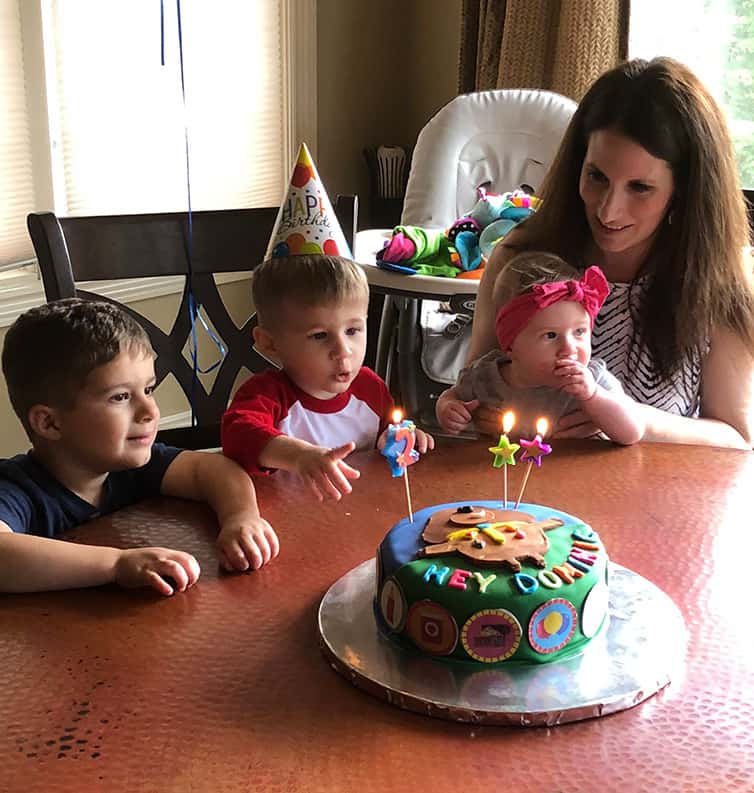 3. Joseph is going on his first field trip today! I’ll report back next week, but if you ever want to catch sneak peeks of my everyday and things with the kids, be sure to follow me on Instagram and check out my stories!

4. We are currently going through a sibling angst stage with Joseph and Dominic – they fight over who does something first, who sits where, bicker over toys, and IT.IS.EXHAUSTING. Yesterday, I was getting lunch and my husband was giving Isabelle a bottle and the boys were in the playroom and it was quiet, which is rare and suspicious. Then Joseph called out and said, “Mommy! Come look at this!” When I went over, I found both of them sitting next to each other and in the middle was a huge tower they had built with picasso tiles (one of Dominic’s birthday gifts). I could almost hear angels singing, but seriously it was such a wonderful breath of fresh air!

5. How are you saving things you love online these days? Still browser bookmarks? Pinterest? Facebook? Some time of “read it later” app?

6. After being 85 degrees on Wednesday, the 10-day forecast is finally ALL in the 50’s. Which means no more profuse sweating getting kids in and out of the car while running three thousand errands, and it also means I can finally, FINALLY pack away everyone’s summer clothes. I hate staring at messy, bursting-at-the-seams closets, so I am ridiculously excited to get everyone’s closets in order.

7. If you listen to podcasts, what app or podcast subscriber thing (I’m very technically savvy, obviously) do you use? There are a few I listen to, but I always end up going from emails or websites and it would be nice if I could have all of the ones I want to listen to in one spot and instantly see if there are new episodes. I know, I am approximately eight years behind the rest of the Internet.

9. What cookbooks are on your wish list? I just put new ones from Ina Garten, Tiffani Thiessen, Chrissy Teigen and Reese Witherspoon on my list!

10. TGIF! I tried to stretch on the floor the other night before bed, but Duke decided he’d rather have a snuggle session and a personal pillow :) 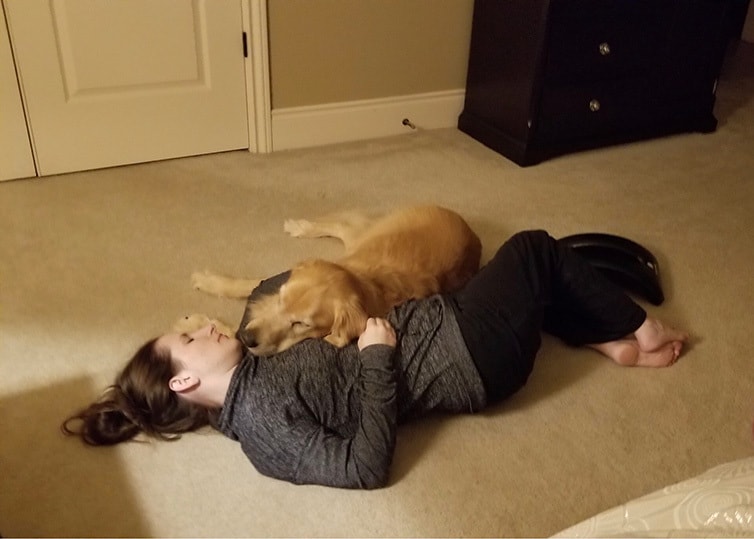