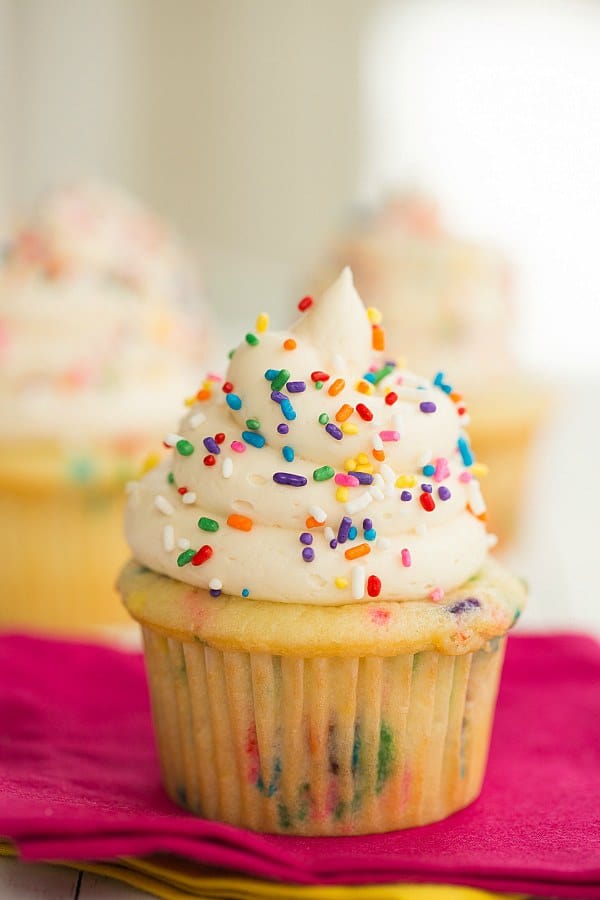 Believe it or not, I had no idea what funfetti was until about seven years ago. Once I started to read food blogs, I discovered this phenomenon, which is basically a boxed white or yellow cake with flecks of rainbow colors baked right in. Not surprisingly, these cakes, cupcakes and cookies are extremely popular with kids and a lot of people have fond memories of enjoying them at childhood birthday parties. I probably missed this whole trend for a variety of reasons: (1) my mom always ordered our birthday cakes from the same bakery, year after year; (2) I was never a fan of cakes, so once I was old enough to realize there were options outside of traditional birthday cakes, I started requesting ice cream cakes and cheesecakes for my birthday; (3) I don’t remember my mom ever baking a cake from a box mix. Like, ever. Maybe she did and I just don’t remember it, but I don’t think they were really on her radar, either.

I can see why the funfetti concept is so popular – who doesn’t love bright colors and sprinkles?! It’s so festive and fun and totally appropriate for any birthday party (kids or adults, I say). I’ve never had the box mix version, but was all-in on creating a homemade version. Sprinkle fun! 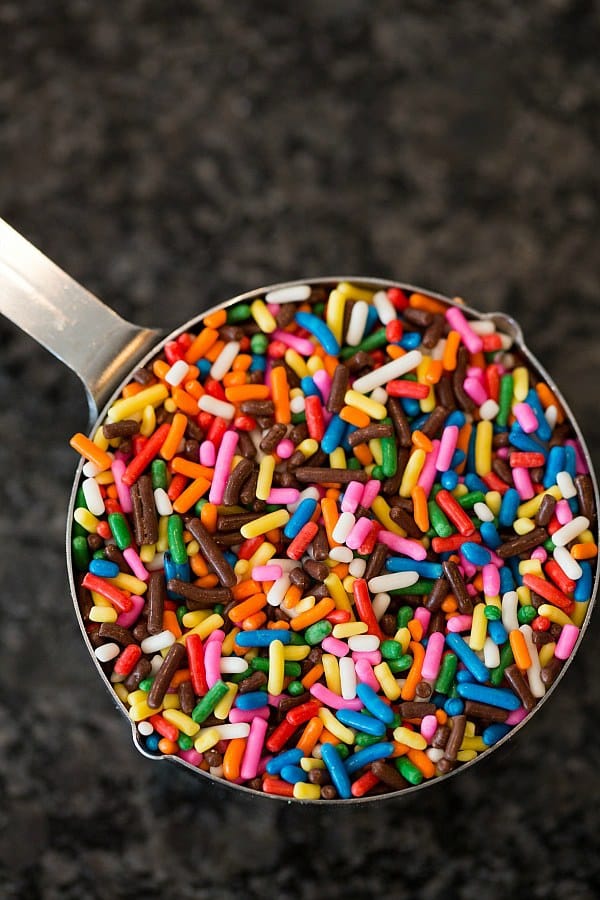 Truth is, funfetti are totally easy to make right at home, all you need is a basic vanilla cupcake recipe and some rainbow sprinkles. I’ve been trying out some different vanilla cupcake recipes and really love this one that I stumbled upon over at Cookies and Cups. Shelly adapted it from the Back in the Day Bakery cookbook, and I think they’re fabulous. They have a really distinct butter flavor (score!) and are nice and moist. The only thing that could make them better? Sprinkles! 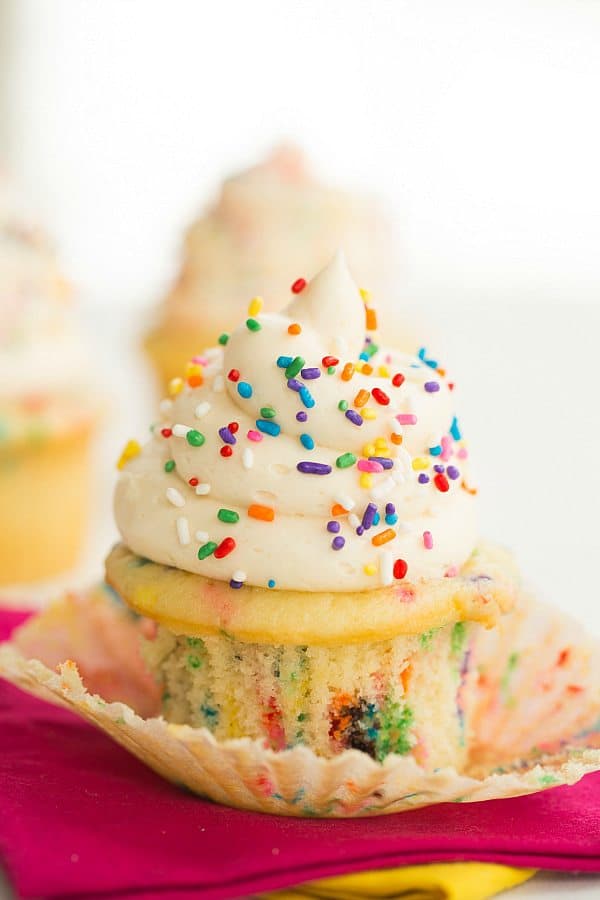 Once the cupcakes were baked and cooled, I topped them with my favorite vanilla buttercream frosting and more sprinkles, of course. 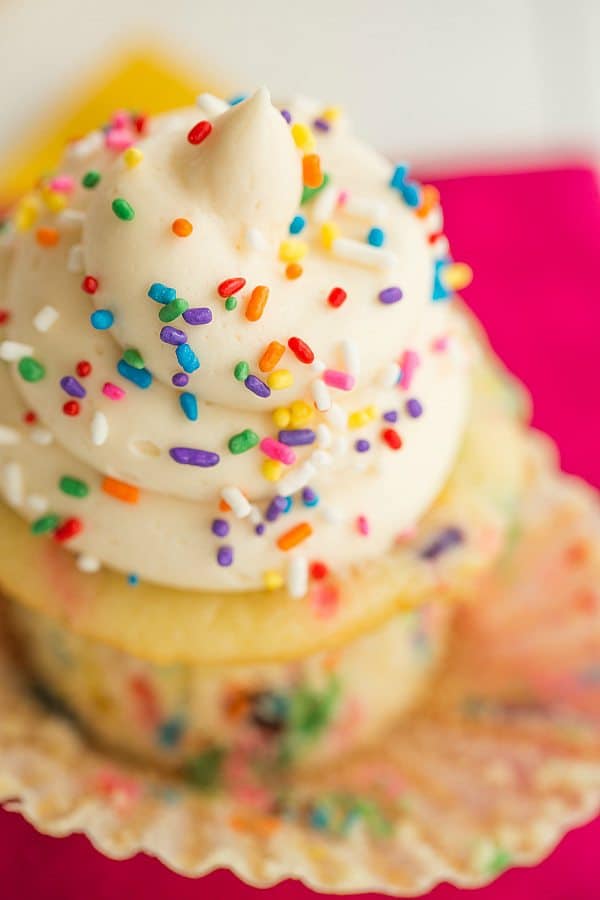 Whether you’re celebrating a birthday, or just another special kind of day, I can’t think of anything more fun and cheerful than these. I also love that they kind of look like ice cream cones with sprinkles on top :) 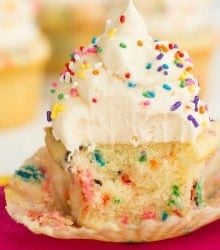 For the Vanilla Buttercream Frosting: