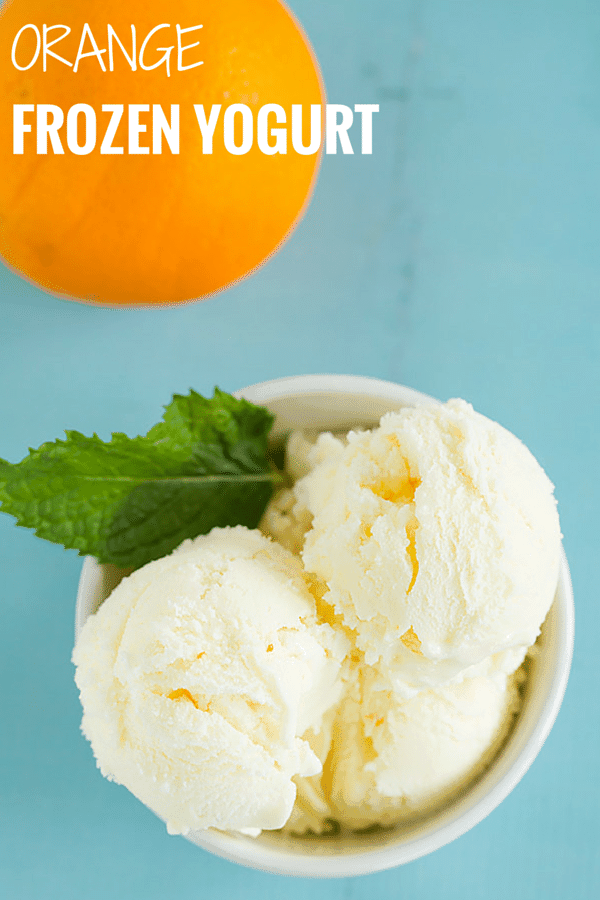 An easy recipe for orange frozen yogurt that tastes just like an orange creamsicle! 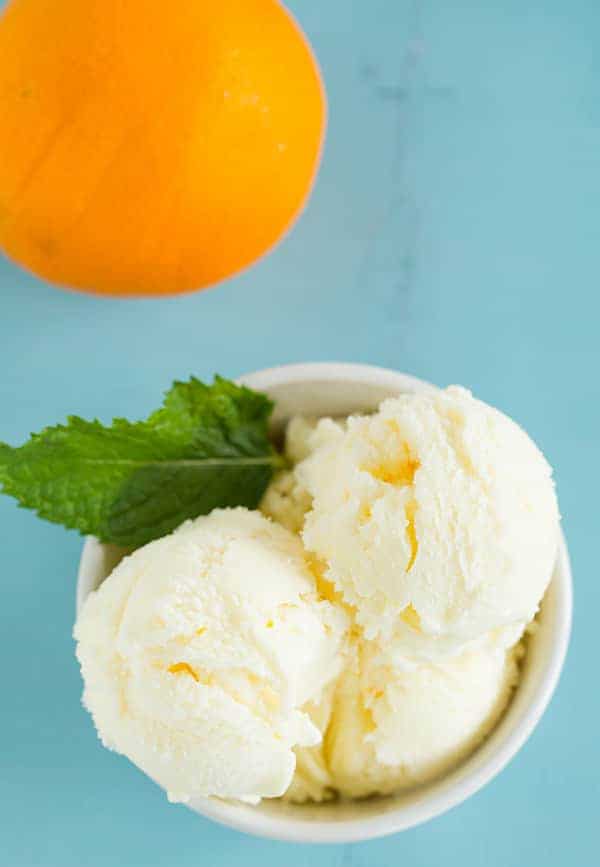 Frozen yogurt has made a bit of a comeback in recent years, right? When I was a kid, most of our frozen treats came from the town’s soft serve stand, but if we were out and about, our parents would occasionally make a stop at TCBY for frozen yogurt. It seems that they all but disappeared over time, but a handful of years ago, tons of frozen yogurt shops started popping up again all over the place, with an assortment of toppings that is most definitely my kind of salad bar!

I’ve been wanting to make some frozen treats for Joseph since we were all out on the deck earlier this summer eating ice cream cones, and he was reaching for them while his orange and rice cake were sitting neglected on his snack plate. Unfortunately, he’s allergic to eggs, so regular ice cream is out of the question, but he likes yogurt and LOVES oranges, so I settled on making a batch of orange frozen yogurt.

And oh my gosh, this tastes just like an orange creamsicle! 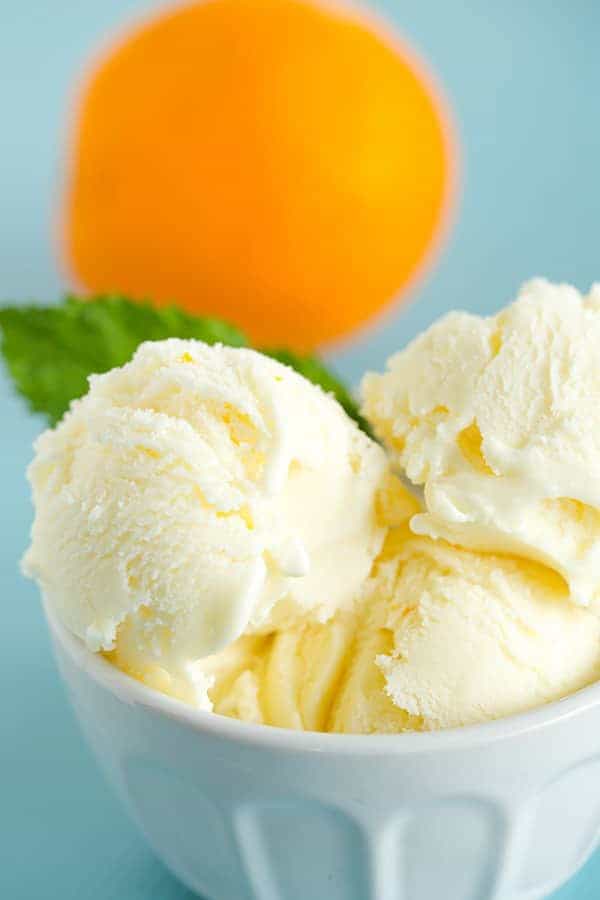 This orange frozen yogurt takes a little bit of prep time, but hardly any hands-on time, which makes it incredibly easy. A quart of yogurt is drained overnight so the whey doesn’t make the final product too runny. 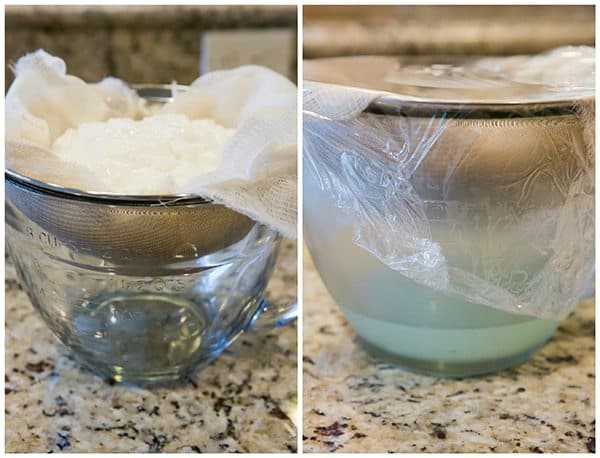 It takes less than 15 minutes to mix together the rest of the ingredients, then you leave it to chill either in the refrigerator or an ice bath, then churn away! 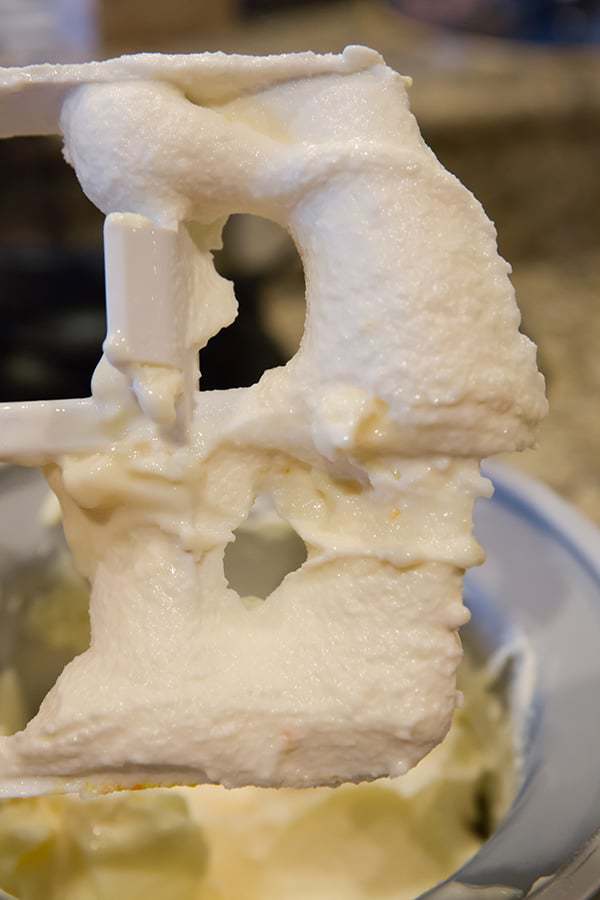 You could technically eat this right away if you’d like (I stole more than a few spoonfuls!), but you’ll probably want to chill it for a couple of hours to firm up before you scoop and serve. 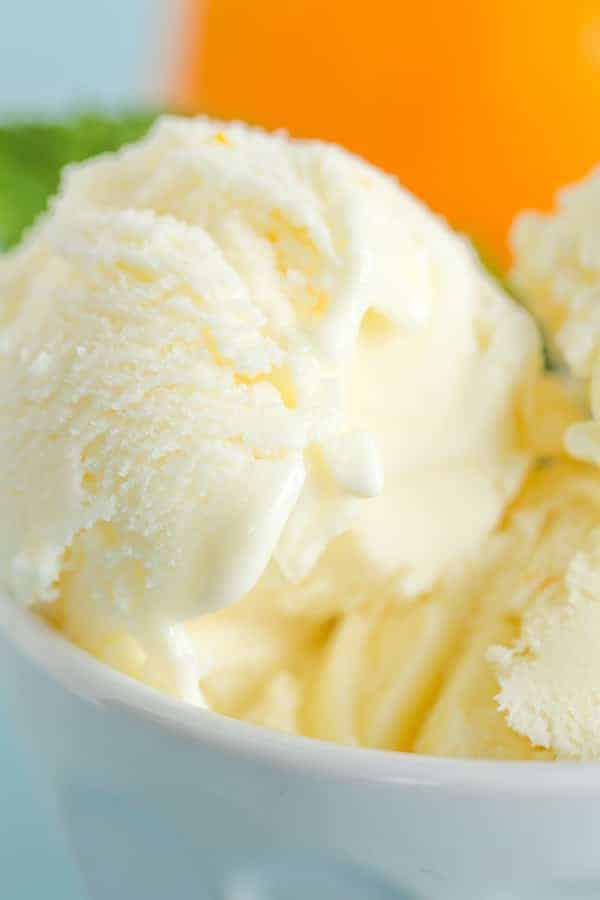 This is so incredibly refreshing and bursting with orange flavor, and a little bit less guilt-inducing than your run-of-the-mill ice cream.

I’m so excited to have something Joseph can enjoy with everyone else :) 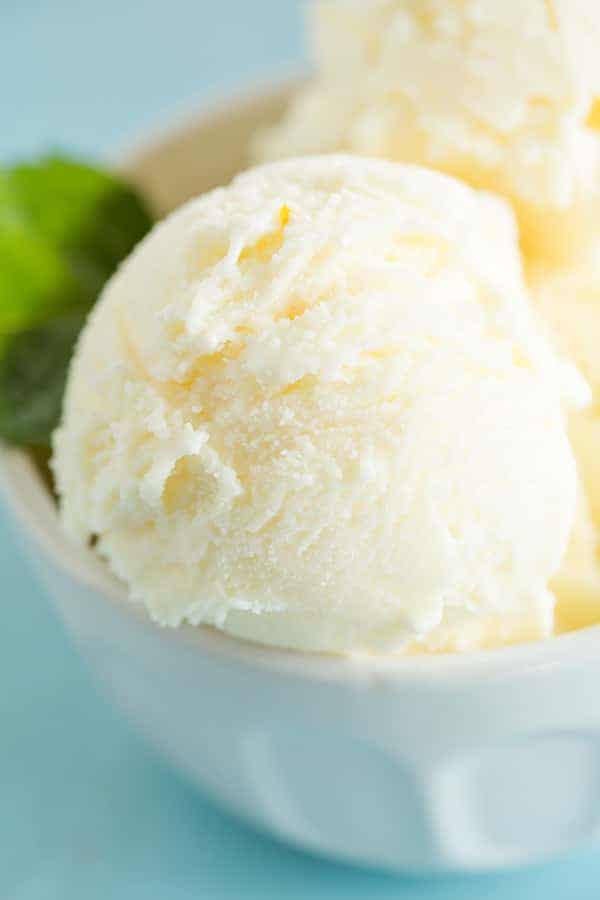 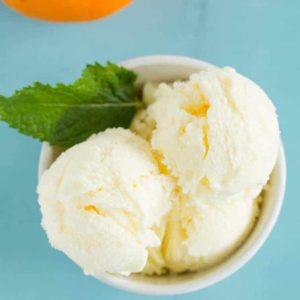