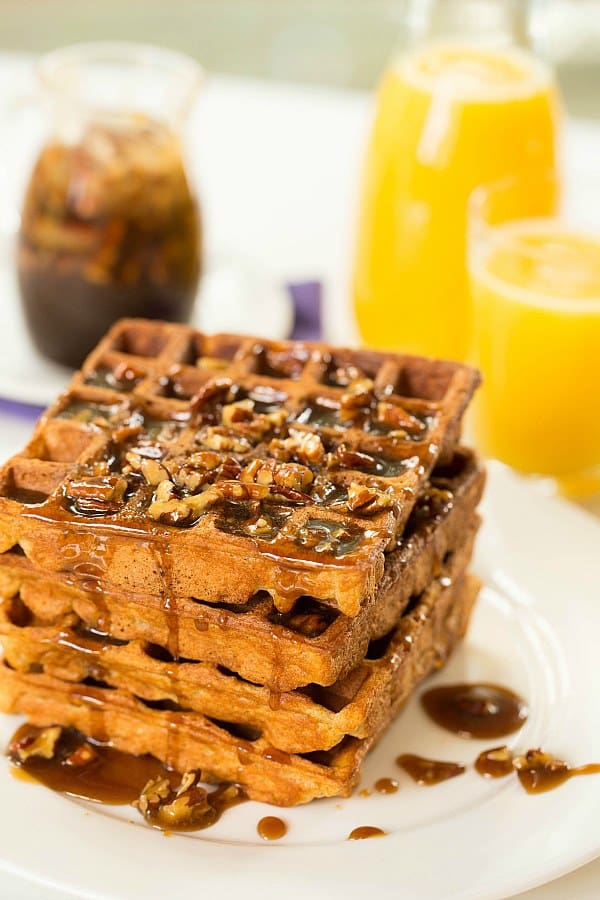 Throughout the majority of the summer, I’m quite happy to have a grab-and-go type breakfast. A banana, maybe a bowl of cereal, a piece of toast with peanut butter and jelly… nothing terribly high maintenance or warm, for that matter. Once fall starts to kick in, however, I crave hot, satisfying breakfasts. Oatmeal is usually my go-to; I make it with cinnamon, maple syrup, chopped apples, raisins and walnuts. It’s a wonderfully filling and packed with flavor. Things like pancakes and waffles inch back onto my radar, as well. To celebrate my brand new waffle maker, I decided it was high time to whip up a waffle recipe that has been on my to-do list since last fall. Cinnamon-spiced Belgian waffles topped with a praline syrup… every bit as decadent as you might imagine, and every bit as delicious, too. 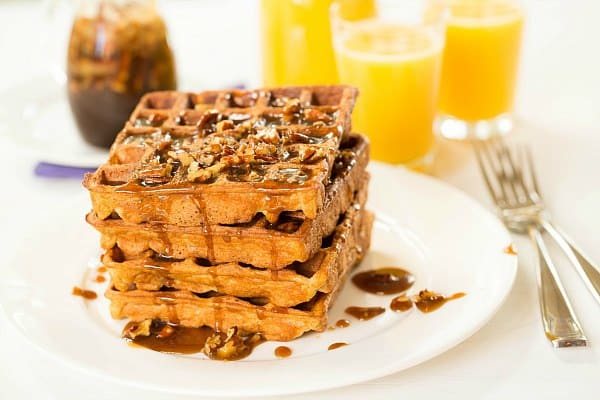 There’s nothing quite like waking up on a chilly morning, wrapped up in your favorite pajamas or blanket, and sitting down to a fabulous, warm breakfast. It’s such a treat, and something I revel in since breakfasts like this are definitely not an everyday occurrence.

As you might imagine, the praline syrup certainly falls on the high side of the sweet meter, so if you are particularly sensitive to sweets, you could certainly dress these waffles up with the customary butter and maple syrup. No harm, no foul, and they will taste absolutely fantastic. You could even throw some chopped pecans on for good measure… And a couple of pieces of bacon. You know, to balance out the sweet and savory, of course. 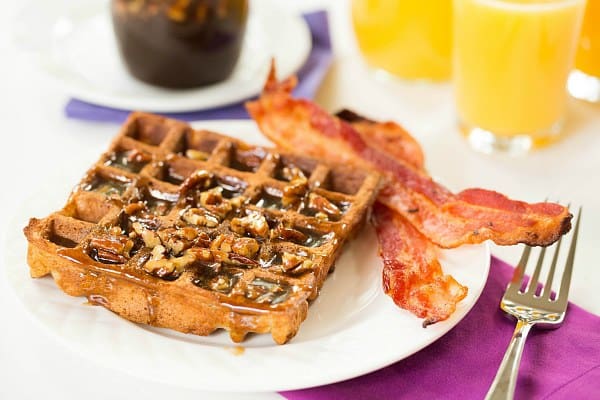 This recipe made eight waffles in my waffle maker, and I froze the leftovers. A quick trip in the toaster oven (or regular toaster, for that matter) and they’ll perk right up. What’s your favorite way to top a waffle? More importantly, what’s your favorite cool-weather breakfast food? 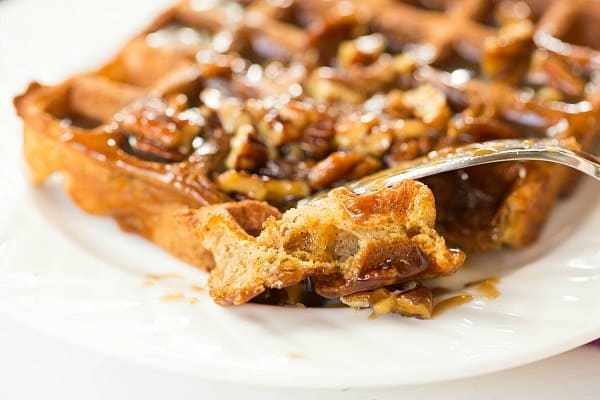 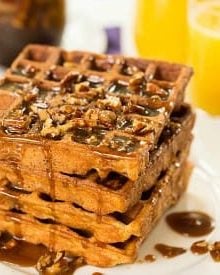 For the Praline Syrup: