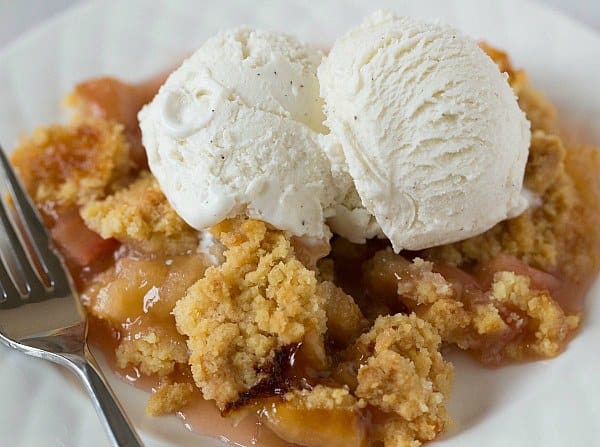 After an entire winter of eating bananas, apples and pears, I love nothing more than walking into the grocery store on a sunny April day and seeing juicy red strawberries, melons and, of course, rhubarb. Rhubarb is a quintessential spring fruit, especially in my little area of the world. It typically comes into season during March or April (depending on the growing season) and is gone in what seems like the blink of an eye. Since its window is so small, I try to take advantage of rhubarb at least once during the spring season. In past seasons, I’ve made a rhubarb crumb cake, a strawberry-rhubarb pie (one of my Chief Culinary Consultant’s favorites!) and rhubarb pie tartlets. I’ve been wanting to play around with the flavor combination of rhubarb and ginger, and this was the perfect recipe for it. Simple, easy and it will get you in the mood for summer! 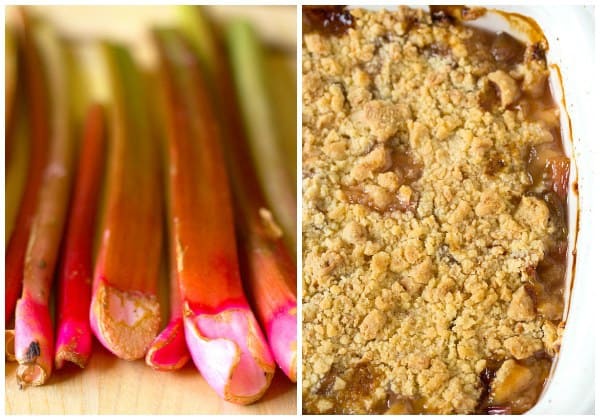 I had been swooning over The Country Cooking of Ireland cookbook since it won a James Beard Award for cookbook of the year back in 2010. I purchased it with the intent of learning more about traditional Irish cooking (which I have!). Not surprisingly, I was completely drawn in by the desserts section of the book. Not because they were elaborate, exquisite pastry masterpieces, but in fact, quite the opposite. The desserts were uncomplicated, rustic in nature, and made in such a way to allow the important flavors to shine in each dish. Such is the case with this rhubarb-ginger crumble. 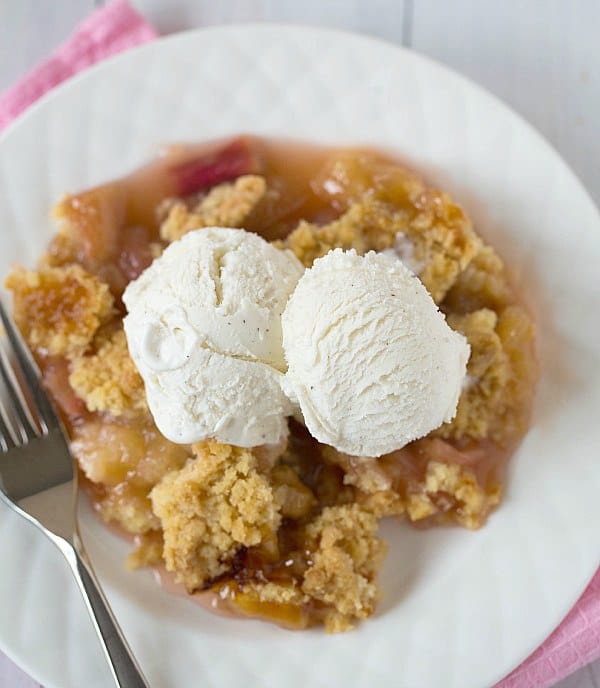 This crumble has an ingredient list that is only 6 items long and can be assembled in less than 15 minutes. While preparing it, I felt a sense of simplicity, in how many women spent time in the kitchen decades before stand mixers and food processors were must-have items. Instead, this simple crumble focuses on what’s important – the food and who you’re sharing it with. Chop up the fruit, mince up ginger for some additional flavor, sprinkle with sugar, then top with a simple crumb mixture of only flour, sugar and butter.

After going all-out with things like six-layer chocolate cake and an elaborate Snickers cake, my taste buds and my food-loving soul have been begging for simplicity. I’ve found it this week in chocolate mousse, this rhubarb-ginger crumble and some biscuits that I’ll be sharing with you tomorrow.

Do you have a favorite rhubarb recipe for this time of year? 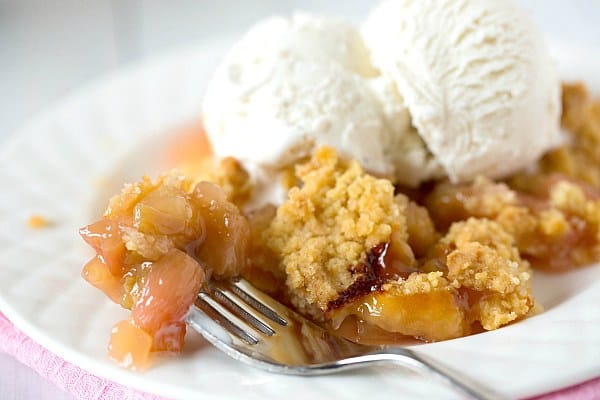 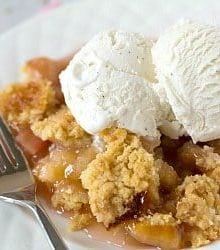