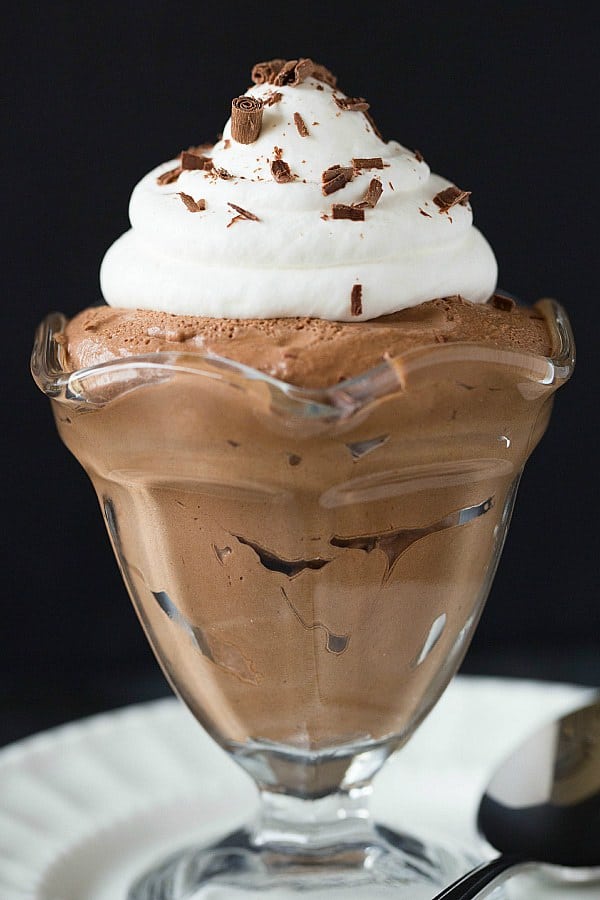 When I was a kid, chocolate mousse seemed like one of the fanciest desserts I could imagine. Weeknight desserts usually consisted of Jell-O with Cool Whip, and aside from that, there were sometimes cookies or Entenmann’s goodies at my grandma’s, and the occasional cake at a birthday party. I can only remember a couple of instances during my childhood that mousse was placed in front of me. It always stood out as something special. Served in a fancy glass goblet, topped with whipped cream and a garnishment… that was something to behold! It was chocolate, therefore I loved it, but it wasn’t until much, much later that I was really able to appreciate a wonderful mousse dessert. While I placed chocolate mousse on my 100 list years ago, I just recently got around to making it. As is always the case when it comes to great recipes… better late than never. 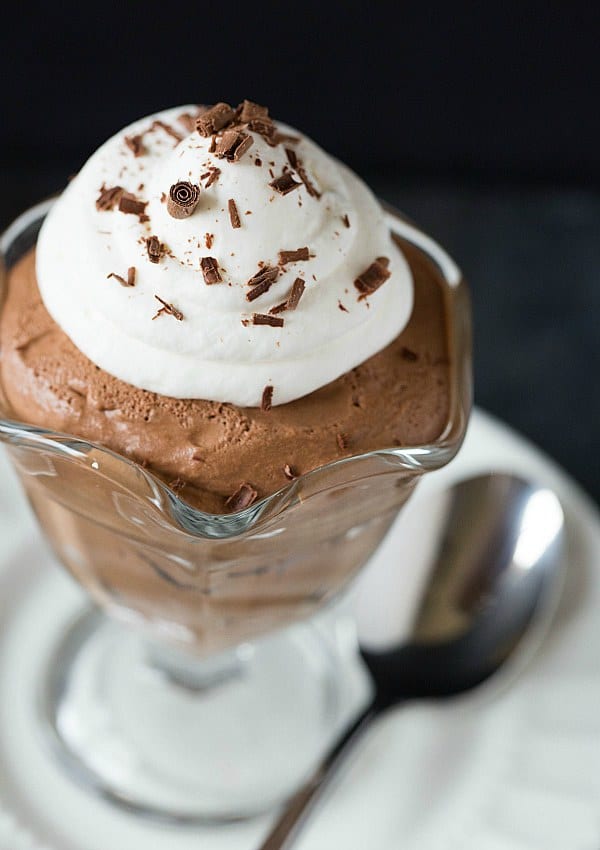 Part of the reason it took me so long to make homemade mousse is that I could never settle on a recipe. I wanted something that would be smooth, light and almost foam-like. I didn’t want merely a lightened-up version of pudding, but something much more spectacular. Surprisingly, hardly any of my tried-and-true cookbooks contained a recipe for chocolate mousse, but one of my newest favorites – The Science of Good Cooking – had a version that sounded like it fit the bill perfectly. 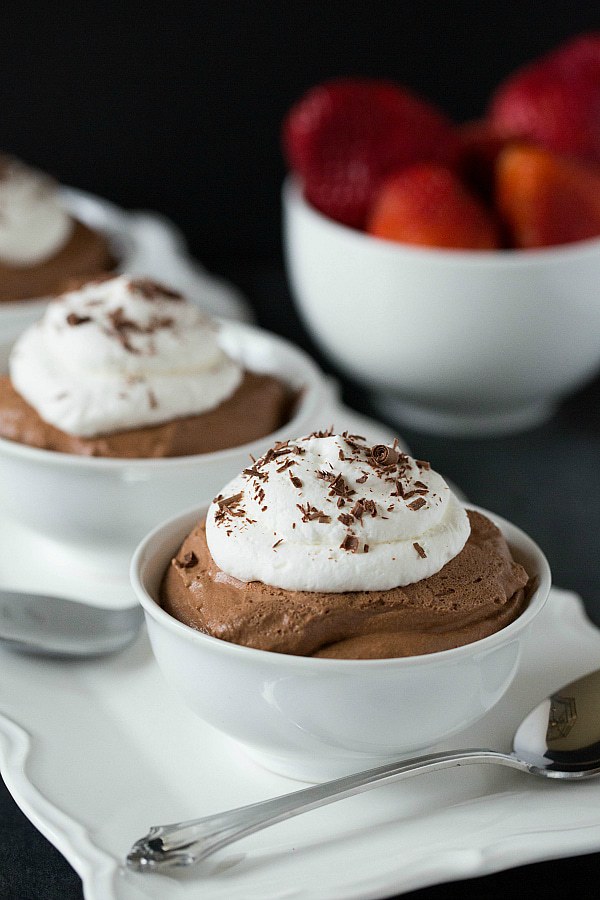 In less than 30 minutes, I had the mousse made and it was in the refrigerator chilling. Once chilled and set, the mousse was everything I had hoped it would be… bursting with a clean chocolate flavor, a light, melt-in-your-mouth texture and silky smooth. I topped the mousse with fresh whipped cream and chocolate shavings; it would also be wonderful with some fresh berries on top. This is a perfect dessert to serve to company since it can be prepared in advance easily and served in individual glasses or dishes.

It doesn’t take a lot of time, fancy equipment or hard-to-find ingredients to make something that’s extra-special… especially when you make it with love. This fabulous mousse recipe is a testament to that, and it’s one that I’m going to tuck away as a “tried-and-true” for decades to come. 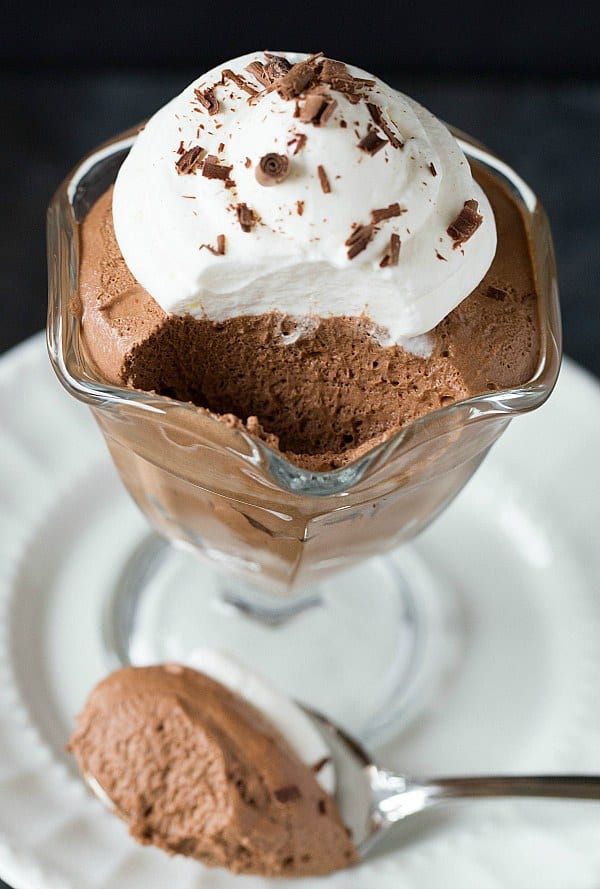 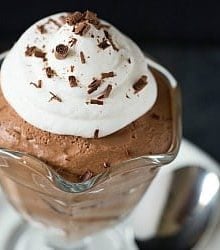