Yes, you read that right! SAMOA Icebox Cake! This amazing no-bake icebox cake features all of the classic flavors of Samoa cookies! 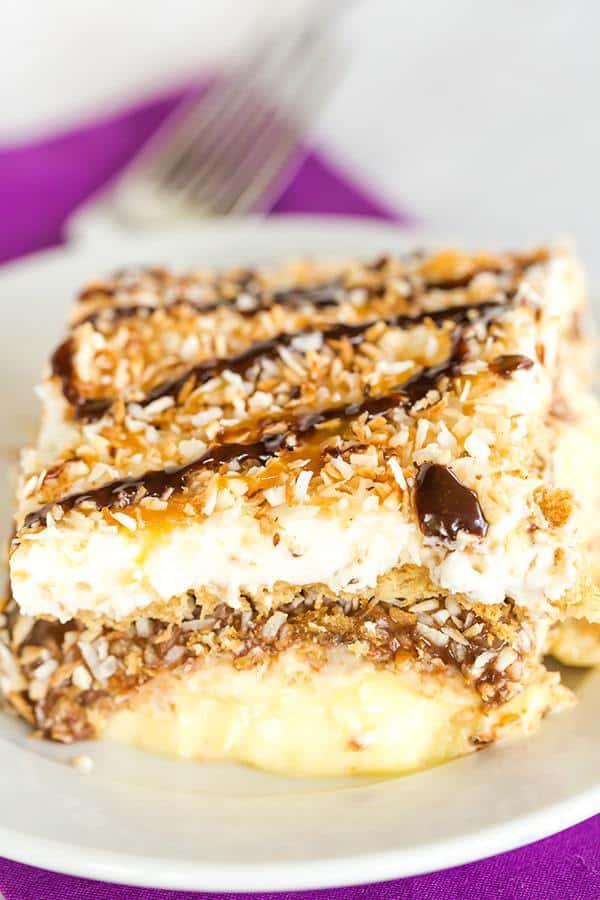 Icebox cakes are one of my very favorite summer desserts. They are completely no-bake, which means no turning on the oven during the ungodly heat and humidity that’s ravaging most areas this time of year. Furthermore, they’re kept chilled in the refrigerator, which makes for a totally refreshing when it’s a bazillion degrees outside.

I recently got a copy of the new cookbook No-Bake Treats, which is 100% up my alley. Complicated, time-consuming kitchen projects really do not jive with my season of life right now (i.e. a toddler running around who is down to one nap, and being 7.5 months pregnant), so I am totally embracing delicious, easy recipes. Enter this Samoa Icebox Cake. All of the awesome flavors of a Samoa cookie – chocolate, caramel, coconut – in an icebox cake!

Let’s talk about these layers…

I served this for dessert a couple of Sundays ago and it was met with rave, and I mean seriously RAVE reviews. Then my mom took the leftovers to work the next day and she said everyone there went bonkers over the cake.

Needless to say, if you are a fan of any/all of these flavors, you NEED to make this Samoa icebox cake! It’s a perfect summer dessert – light, refreshing and DELICIOUS. 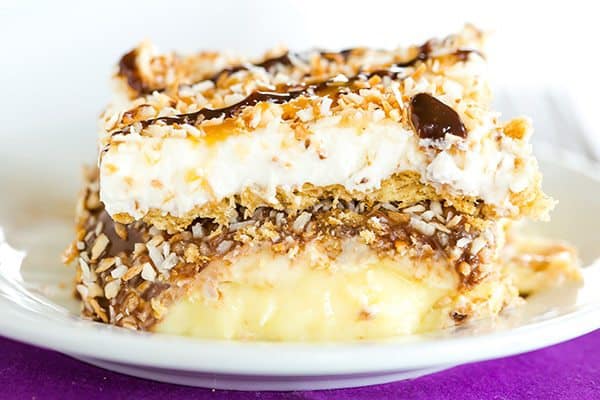 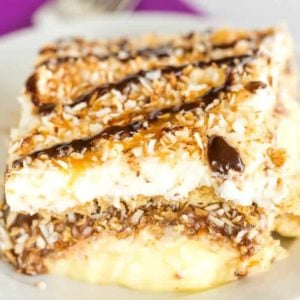 For the Graham Cracker Layer:

For the Coconut Pudding Layer:

For the Caramel Cheesecake Layer:

For the Whipped Cream Topping:

For the Additional Garnishes: