This sausage and apple stuffing is made with Challah bread, flavored with sage, and bakes up wonderfully moist with a crisp top and crisp corners. 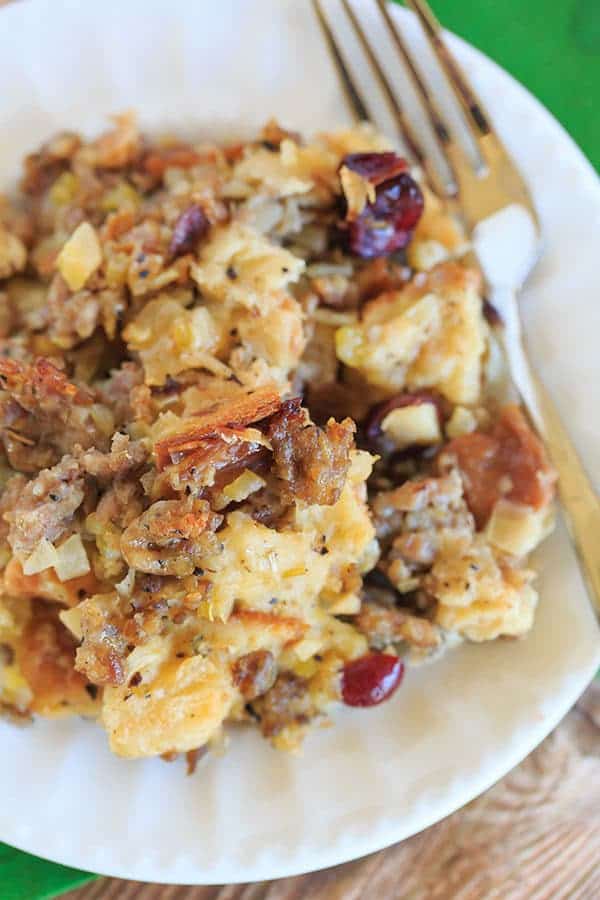 Are you getting prepped for Thanksgiving yet? I finally sat down and made some headway on a menu yesterday, and I’m already craving a pile of mashed potatoes and stuffing. Do you have a traditional stuffing recipe that you use over and over again? I typically serve a sausage stuffing and a traditional bread stuffing so that everyone is happy. I am incredibly partial to sausage stuffings and have made a couple that I love over the years (see: Sausage Cornbread Stuffing and Sausage, Fig & Cranberry Stuffing). I was ready for a new spin this year and paired sausage with apple and sage, used challah bread, and it was every bit as amazing as I’d hoped it would be. 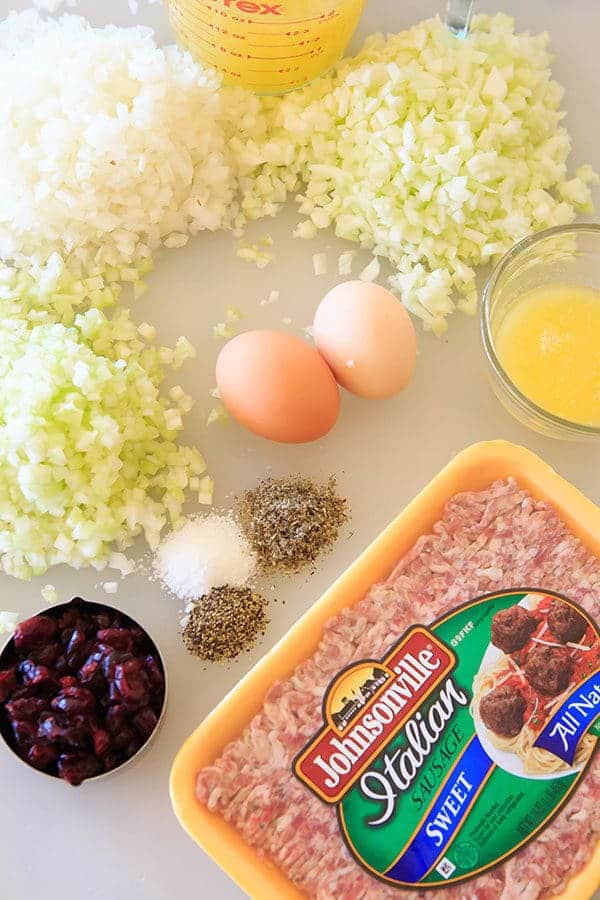 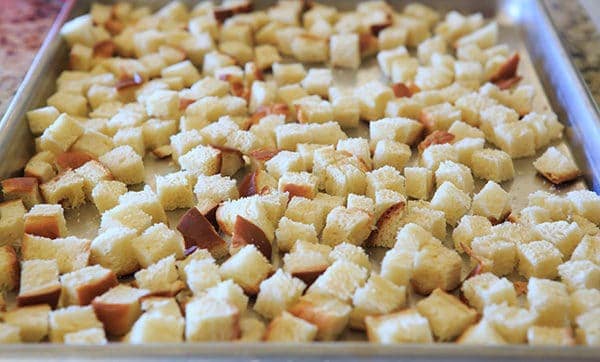 This will be the third year that we host Thanksgiving and I’ve gotten into a pretty good groove over the last couple of years with planning and prep work. Getting the menu hammered out a couple of weeks in advance is a huge help, which means I can move on to my grocery list and making my prep lists.

I usually start on Monday or Tuesday of Thanksgiving week and begin prepping and assembling as many dishes as possible so that Thanksgiving day can be as relaxed as possible. I usually break up the stuffing prep by drying out the bread on Tuesday night, assembling the entire dish on Wednesday, then refrigerating it so I just need to pop it in the oven on Thursday. Working ahead is definitely the key to an efficient, easy and relaxed Thanksgiving day! 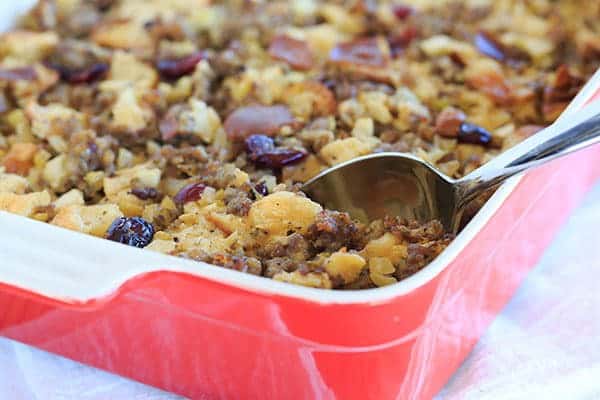 If you’re looking for a new stuffing recipe for Thanksgiving, give this sausage, apple and sage version a try. The flavors are abundant, the rich challah pairs wonderfully, and I guarantee you won’t be able to have just one helping.

Countdown to Thanksgiving is officially on! 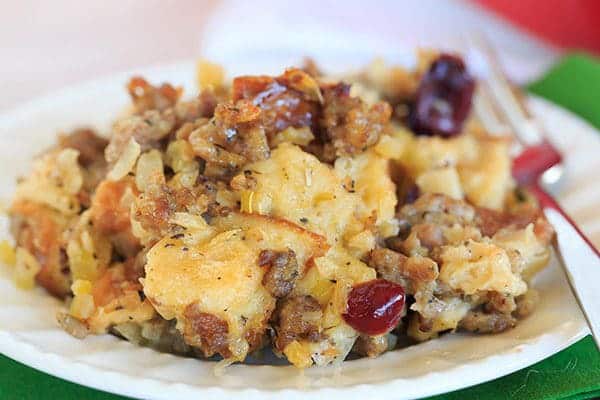 One year ago: Ask Me Anything 2014
Four years ago: Thanksgiving Turkey Cupcakes
Six years ago: Thick & Hearty Chili 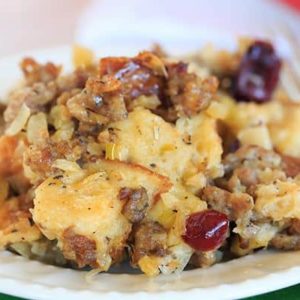