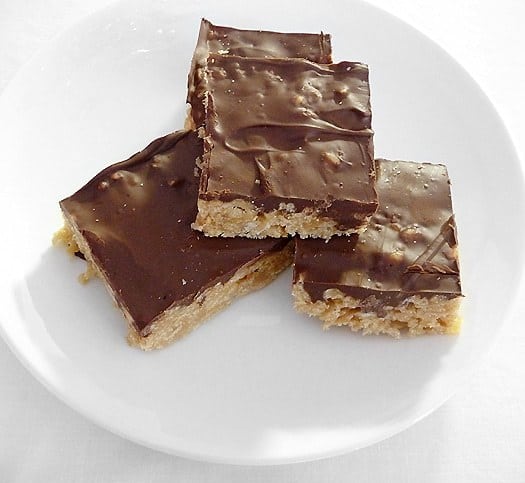 Scotcheroos just came onto my radar within the last year or so, amazingly enough. How I could have somehow missed the memo on butterscotch-peanut butter Rice Krispy treats covered in chocolate-butterscotch is beyond me. The previous sentence is a perfect description for these awesome bars – essentially a Rice Krispy treat minus the marshmallow with homemade butterscotch and peanut butter mixed in, then topped with a chocolate/butterscotch mixture. They are rich, buttery and delicious and encompass everything you loved about Rice Krispy treats as a kid. Plus, they can be made in less than 15 minutes which is perfect for a quick treat or when you need a potluck dessert in a hurry! 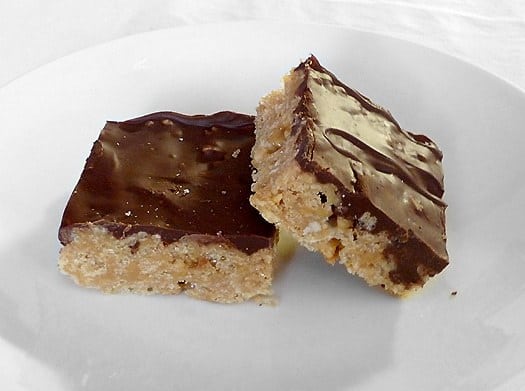 I took Jen’s lead (from How To: Simplify) and used crunchy peanut butter in these instead of creamy, which adds a great dimension to the bars – little bits of salty peanuts in each bite really balances the sweet smoothness of the butterscotch flavor. 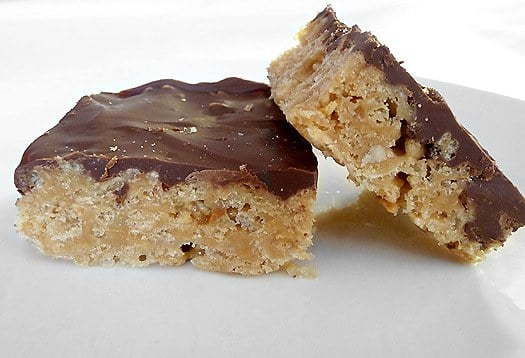 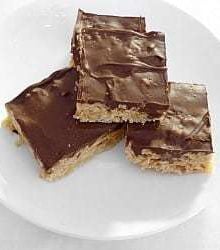