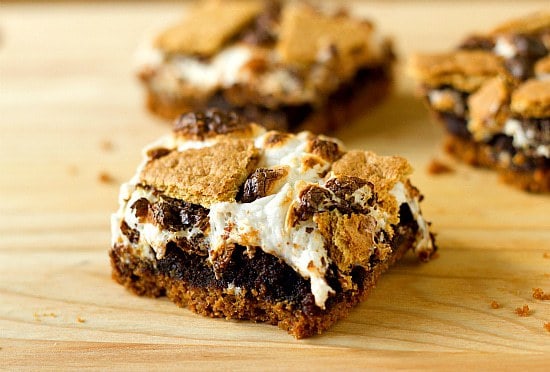 Even though we’re inching closer to September and a bounty of apples, pumpkin, fall baking, jeans and hoodies, and football, there are still quite a few days of summer left to enjoy. And nothing is better on a warm summer evening than a s’more. Spearing a big marshmallow on a chiseled stick, holding it over an open flame until it’s engulfed and blackened, and then smashing it between chocolate bar-lined graham crackers. Then taking that first ooey, gooey, sticky, charred and smokey bite. It’s the essence of summer and makes us all feel like we’re carefree kids again. Running through the cool evening grass barefoot, chasing after lightning bugs and not having a care in the world. 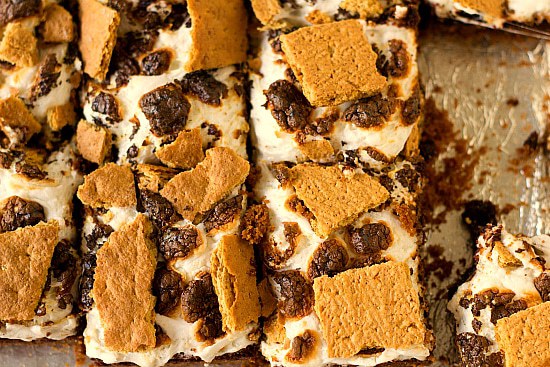 I’ve been wanting to make s’mores brownies for quite some time, and finally got around to it recently. I started (as I usually do) by checking out some recipes that I had saved and seen online. By and large they consisted of brownies that either had graham cracker pieces and marshmallows mixed in, or had marshmallows and graham crackers sprinkled on top. Neither was what I was looking for. I wanted the classic s’mores setup: graham cracker, chocolate, marshmallow, graham cracker.

So I fashioned these after the Marshmallow Crunch Brownie Bars, except that I added a graham cracker crust to the base, then instead of merely melting the marshmallows in the oven, I broiled them so that they got that nice characteristic s’mores char, and finally topped everything off with big pieces of graham crackers nestled into the marshmallows. 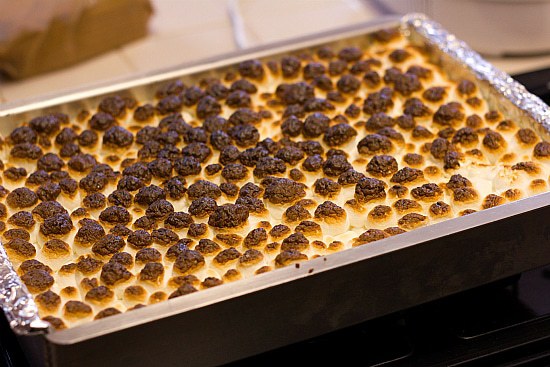 Now, be warned. These are not all neat and fancy. They are messy. Just like s’mores. Ooey, gooy and oh-so-good.

What’s your favorite summer memory this year? I think mine is sitting outside on summer evenings with my boyfriend, cool beverage in hand, and battling each other at Risk (yay board games!). 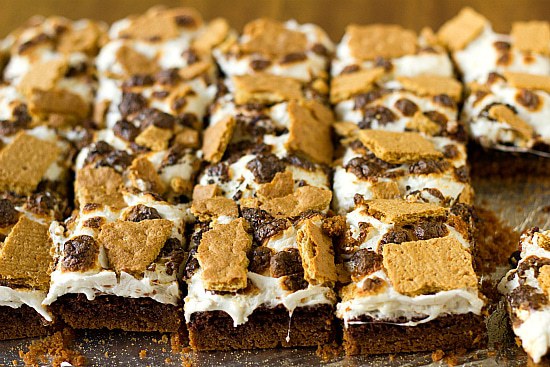 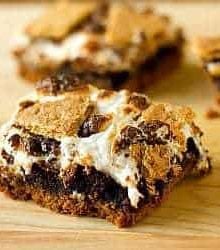 For the Graham Cracker Crust: