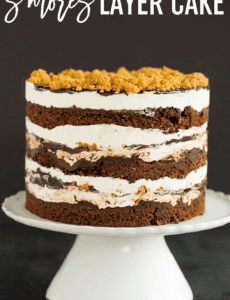 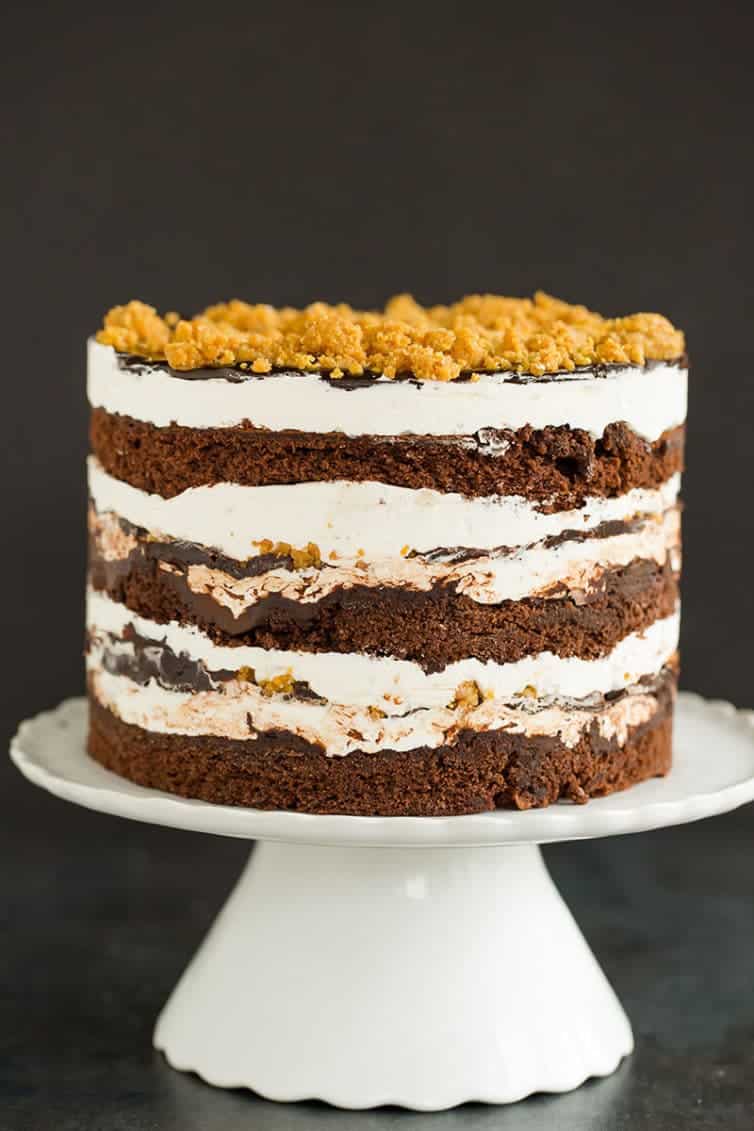 So, I’ve been slightly obsessed with Milk Bar-style cakes since I made the birthday cake a couple of months ago.

For those of you not familiar, these naked-sided cakes are built inside of a cake ring and feature layers upon layers of cake, frosting, crumbs, and other flavors. They have a cult following at Momofuku Milk Bar in New York City, and after having the cookbook for way too long, I finally tackled one in March.

A couple of weeks ago, I made the graham crumb mixture from the book for compost cookies, and after grabbing a handful to snack on (oops), I was thinking that they would be a delicious component for a s’mores cake. A few days later when I asked my aunt what kind of dessert she’d like for her birthday and she said “anything with chocolate”, I decided to execute the idea.

I am crazy in love with this cake! 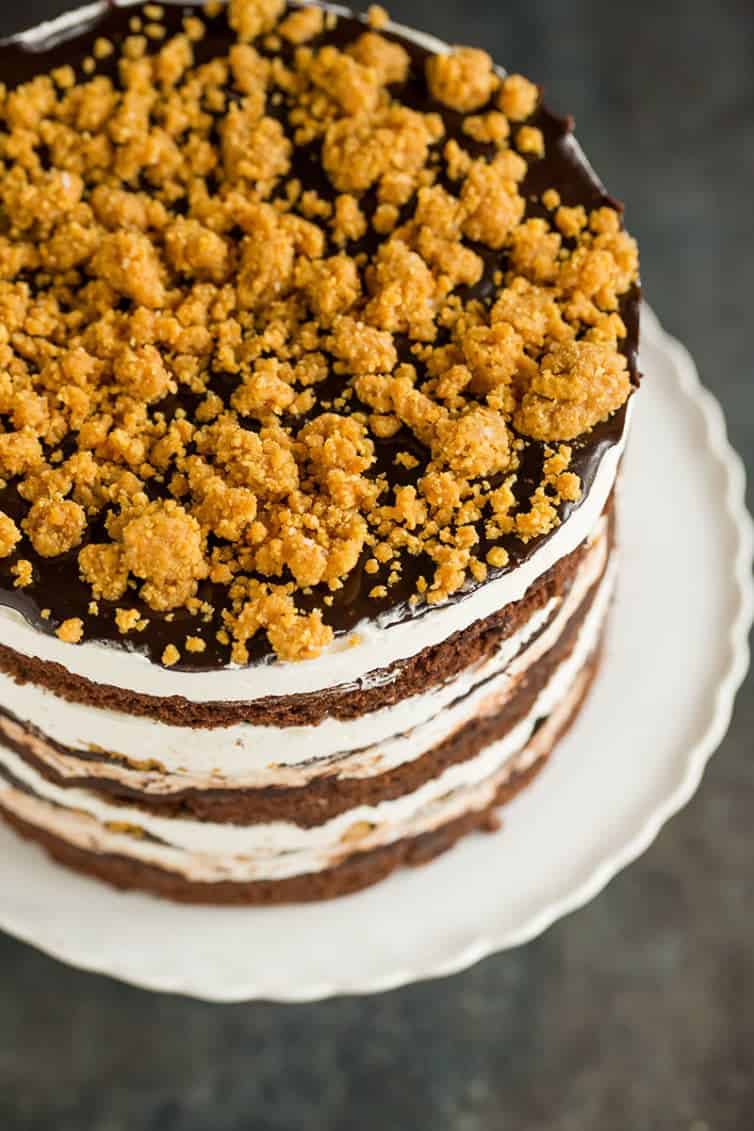 I started by checking the book and while they do have a version with chocolate cake, fudge sauce and charred marshmallows, I decided it definitely needed the toasted marshmallow frosting from my six-layer cake (not just charred marshmallows), as well as some type of graham cracker component. And so, this s’mores cake was born!

The cake is supremely moist, and once chilled almost takes on a bit of brownie consistency, the hot fudge sauce is smooth and decadent, and I could eat the toasted marshmallow frosting with a spoon. Seriously, it’s amazing. The graham crust crumbs are ah-mazing, and I may have eaten more than my fair share while assembling this cake.

My aunt could not stop raving about the cake, and everyone else loved it, as well.

I know the process for these cakes can seem daunting (I thought so, too, before I made one!), but I promise it’s totally doable (and so much easier once you have the first one under your belt!). For step-by-step pictures of what the process looks like, refer to the birthday cake I did a couple of months ago – I took approximately seven billion pictures as I was assembling it, and the process is exactly the same for this cake (with the addition of a fudge sauce layer, yummmm). 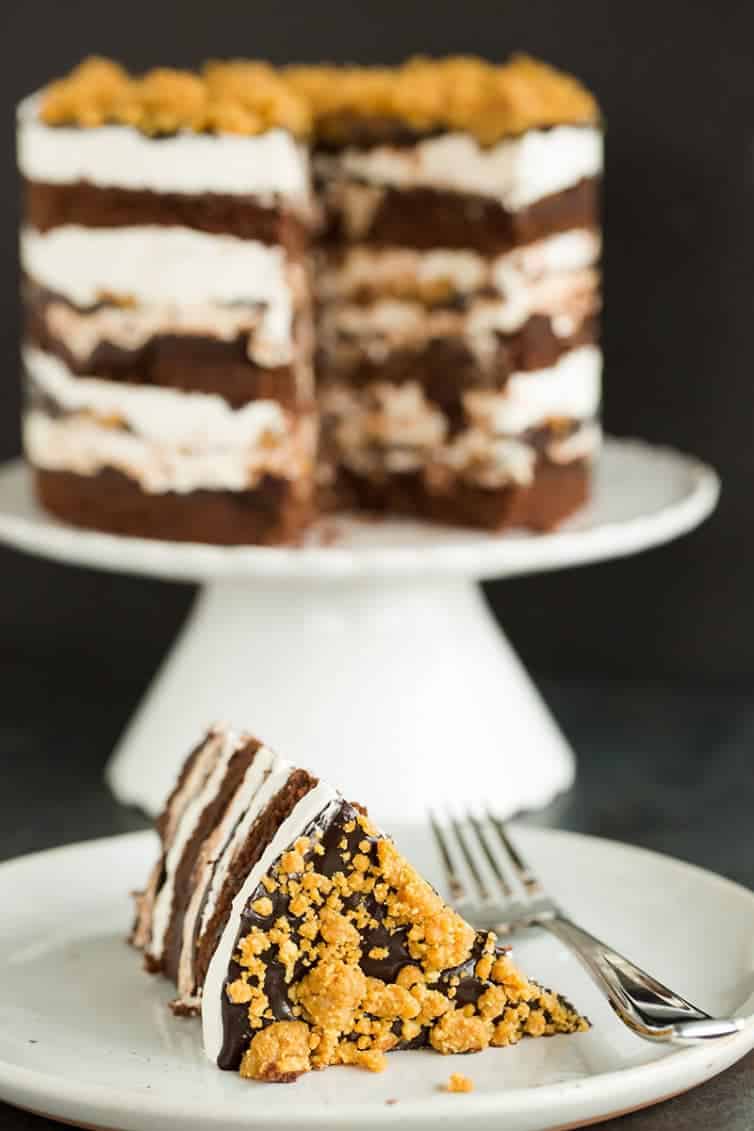 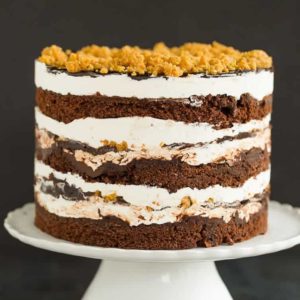 For the Fudge Sauce

For the Chocolate Cake

For the Graham Crust Crumbs

For the Toasted Marshmallow Frosting

For the Cake Soak 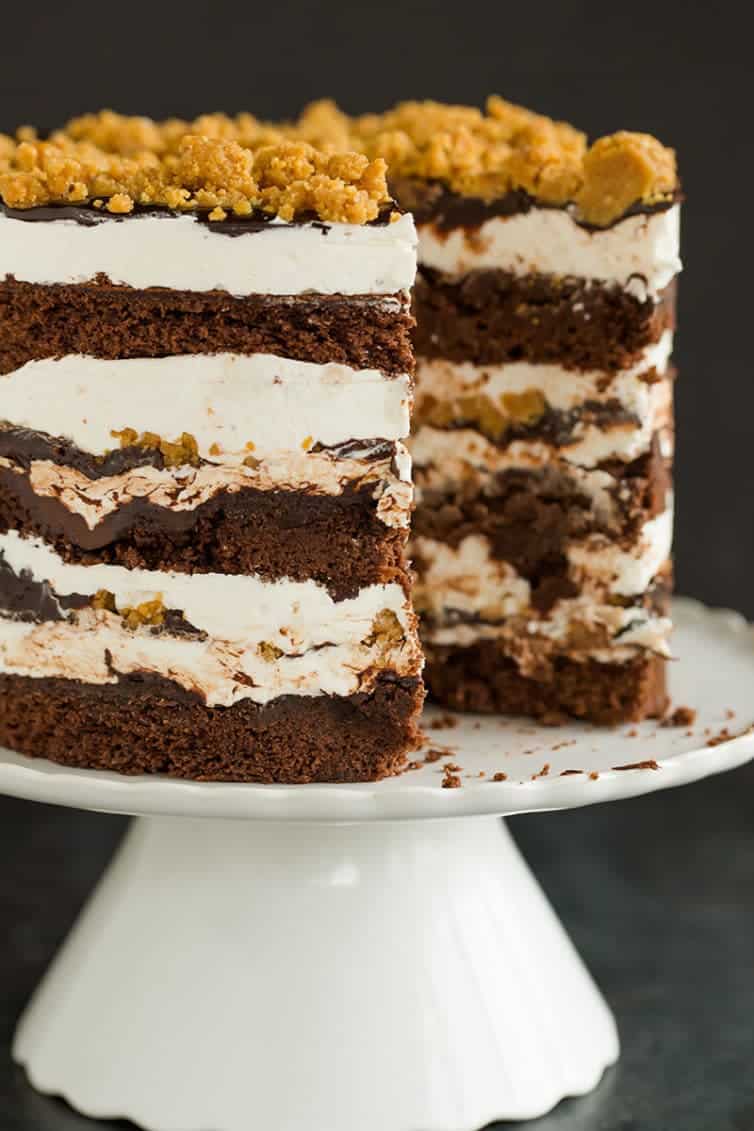