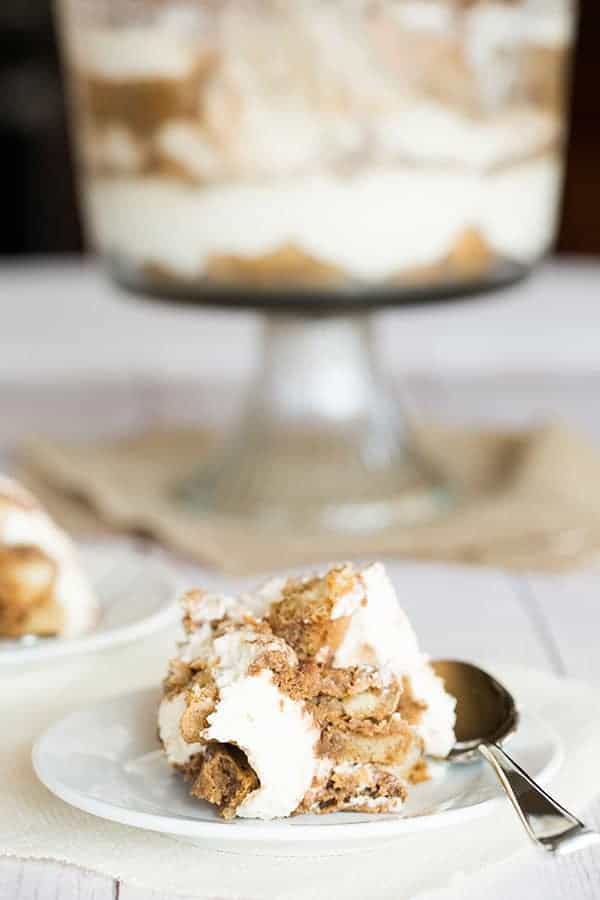 Back in the hey day of the ’90s, my family routinely went to Olive Garden to celebrate birthdays. I mean, what was better than the salad and breadsticks? Back then, I would argue not much of anything! It was pretty much the only time that I would happily devour more than one serving of salad. (Seriously – does anyone have a good copycat recipe for their salad dressing? I haven’t been there in nearly a decade… I could drink that stuff!) It was at this time that I not only became infatuated with the Andes candies delivered with the bill, but fell totally in love with tiramisu. It’s been an ongoing love affair ever since! 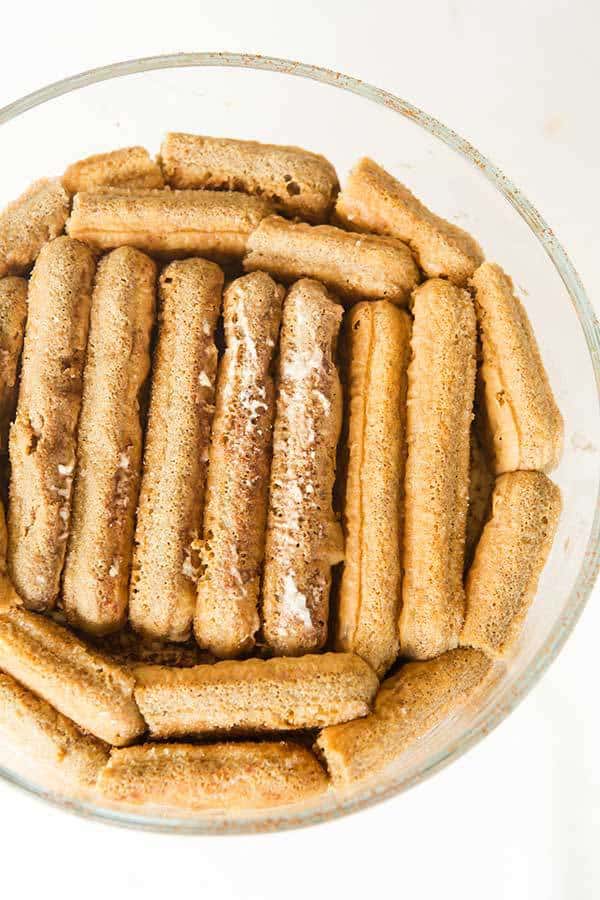 I’ve made a traditional tiramisu recipe for Christmas Eve quite a few years in a row… while it’s not a difficult recipe, making the custard is a little involved and can take some time. During the summer, I’m all in favor of simplifying desserts as much as possible. I wanted to do a tiramisu-themed dessert for Sunday dinner, but wasn’t feeling the whole custard and standard rectangular pan. 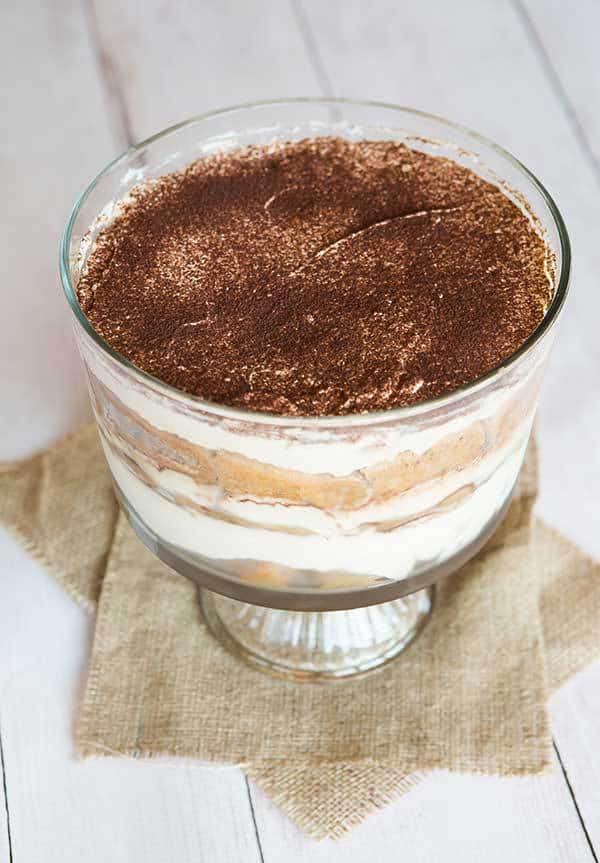 Instead, I did away with the custard and folded whipped cream into the sweetened mascarpone mixture. Then, I layered it together with coffee and Kahlua-soaked lady fingers in a glass trifle bowl. For some reason, trifles just scream summer to me and I think they’re always good for a fabulous presentation.

I was able to assemble this in only 30 minutes (and a day in advance, as well!) and it was a mega hit at dinner yesterday. There was nothing left by the end of the day, and this is a big dessert… that’s absolutely a sign that a recipe is a keeper! 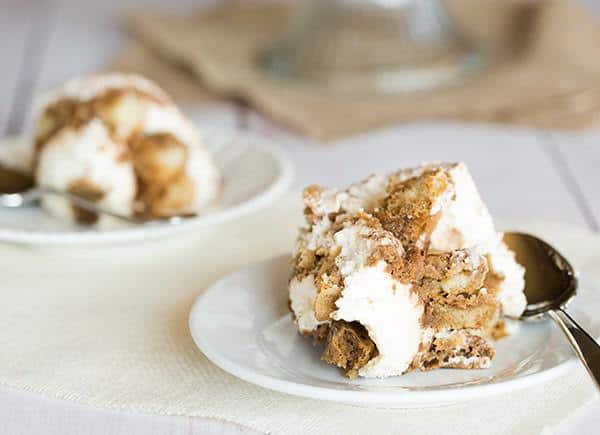 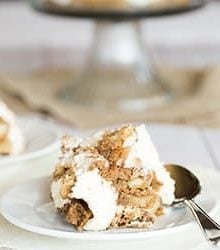