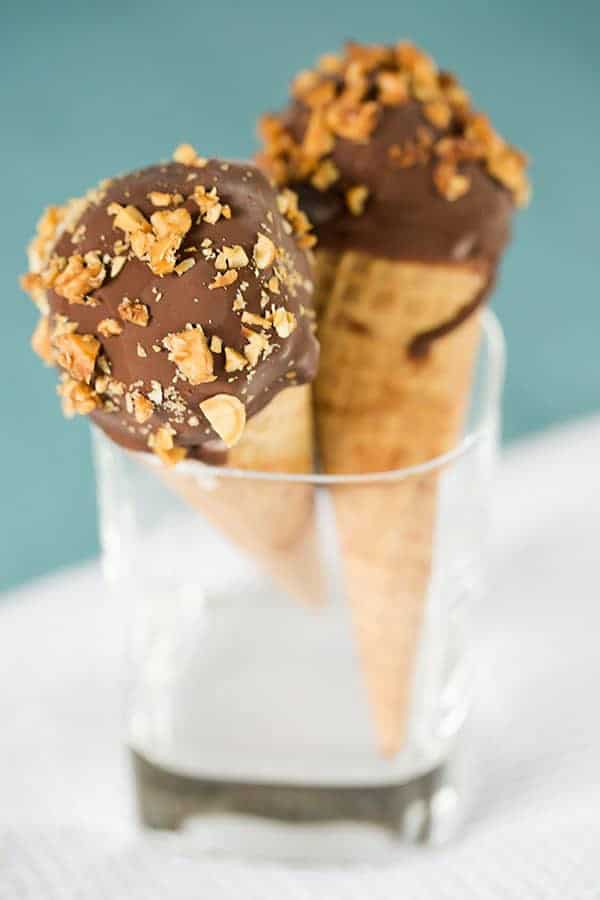 These homemade Drumsticks have been in the works in my brain for quite a long time now… since January, actually. I can’t remember if it was just before or just after having Joseph, but on one random trip to the grocery store, I threw a box of Drumsticks into the cart. A craving struck as I was walking through the ice cream aisle, and I bought them on a whim. I was pretty sure that I had not eaten one since I was a kid chasing the ice cream truck, and they looked oh-so-good.

Well, it took all of one whole Drumstick for both my husband and I to get totally hooked on them and I started buying them regularly. At one point, my husband suggested that I try a homemade version, but at the time I was still in the haze of multiple middle of the night feedings and I shoved the idea to the back of my brain. Well, the fog has finally lifted and I made those homemade drumsticks happen! 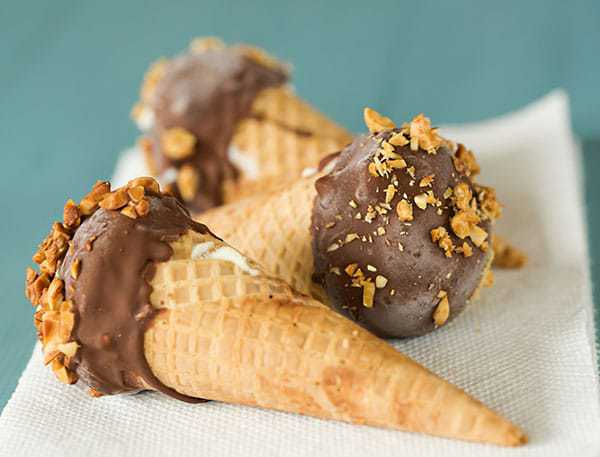 I did use store-bought sugar cones for these because there was a box in our pantry, but you could totally make your own! There is a great recipe from Spoon Fork Bacon that provides direction for both sugar cones and waffle cones, so you could make either.

The biggest hurdle I had in the beginning was figuring out how to situate the cones upright in the freezer so that they could set before I stored them. I ended up buying a disposable aluminum pan at the grocery store and cutting rounds into the bottom of it, then flipped it upside down and popped the cones in each hole (see photo below).

I was trying to figure out how to describe the process I used to coat the inside of the cones with the magic shell chocolate topping, but I decided that taking a quick video would probably be even more helpful!

These homemade Drumsticks are a perfect imitation of my childhood favorite:

A chocolate-lined sugar cone with fudge in the bottom, filled with vanilla ice cream, dipped in chocolate and rolled in chopped peanuts. Perfection!

Start to finish, these take less than 2 hours to make and you can keep them in the freezer for when a craving strikes. I went the traditional route with vanilla ice cream, fudge in the cone and peanuts on top, but you could absolutely change these up as much as you’d like… Play around with ice cream flavors, maybe caramel or butterscotch in the bottom of the cone, other types of nuts or sprinkles on top. Endless possibilities! 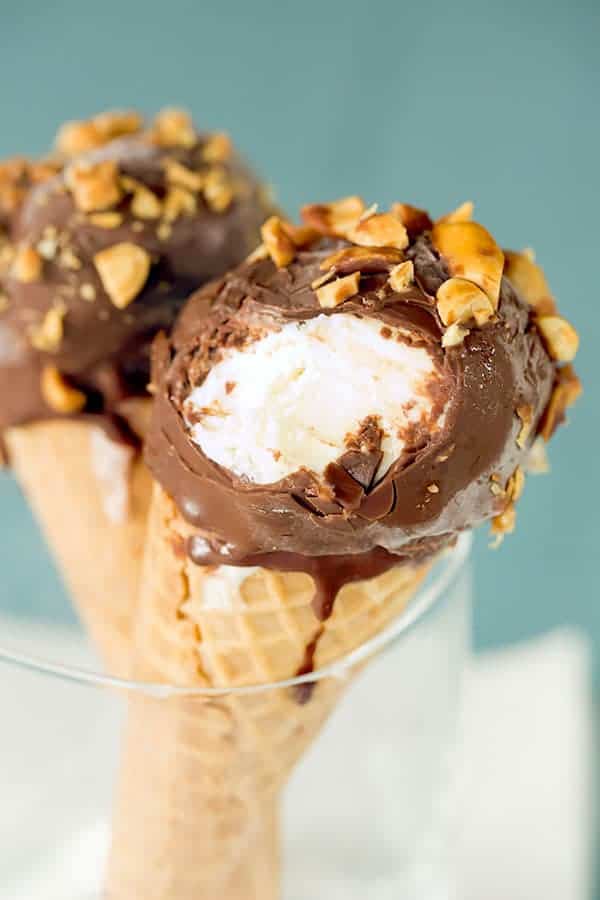 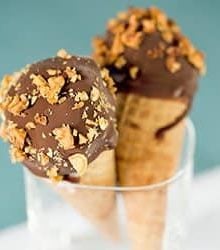