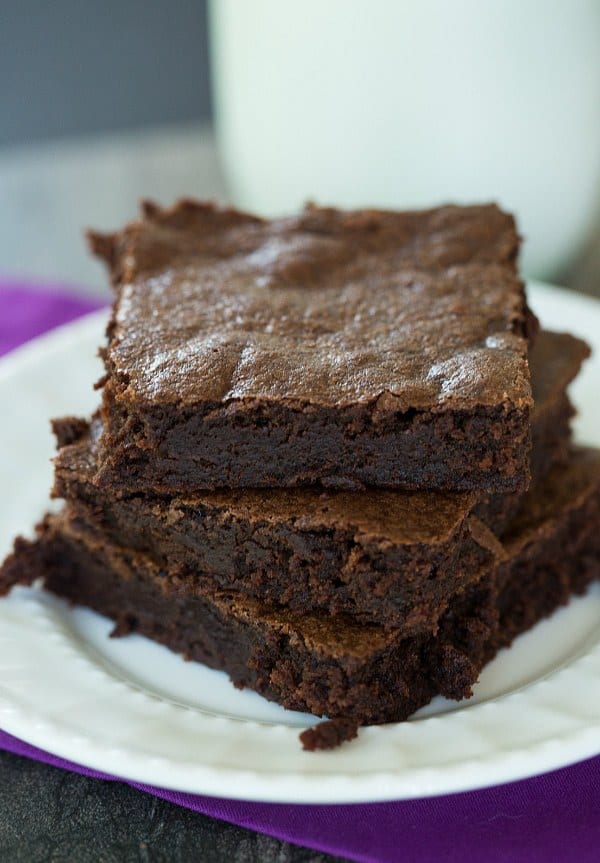 A couple of weeks ago, a reader, Wendy, asked me on Facebook if I had ever made Zingerman’s Black Magic Brownies. I had to admit that I’d never heard of them! They are apparently one of the most raved about recipes to come out of Zingerman’s, a conglomerate of food stores in the Ann Arbor, Michigan area. Midwest Living magazine has declared this recipe one of the top 20 recipes of all time. High praise, indeed. So far as I can tell, there are two versions of this brownie – Magic Brownies, which include toasted walnuts and Black Magic Brownies, which omit the nuts. While I love walnuts in baked goods like banana bread and date nut spice bread, I don’t really appreciate them in things like brownies or fudge. The Black Magic version was it! Wendy was sweet enough to email me the recipe, and gave me the a-okay to share it with all of you. Thank you, Wendy! 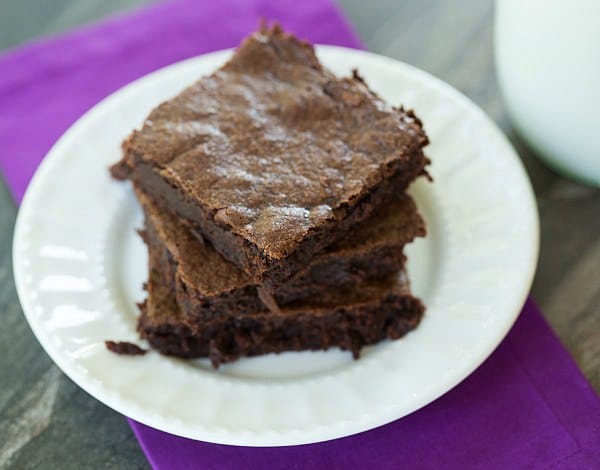 I measure pretty much all brownies against my beloved Baked brownies, and these might be the first to really stack up. They’re very dense, but just a smidge less fudge-like, and just a bit more cake-like (due to the long beating of the eggs and baking powder), although not cakey, if that makes sense. I actually think that these are the perfect compromise between completely fudge-like brownies and cakey brownies. I hate cakey brownies, and while I’ll always eat a fudgy brownie, sometimes it can be too much. The black magic brownies are fantastic middle ground. 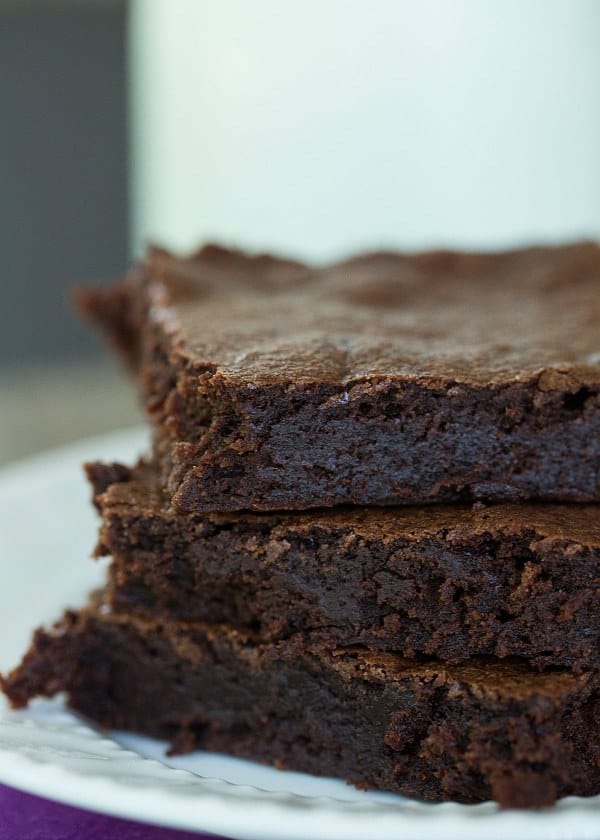 The recipe calls for cutting these into 15 squares (which are described as “wallet-size”), and that’s pretty huge. I did this for the photos so you could see the true size, but next time I would probably cut them into my usual 24, which I think makes for a little more reasonably sized brownie.

So, to recap, love, love, love these brownies! They rank a close second, near tie, with the Baked brownies as far as I’m concerned. I think you’re going to love them! 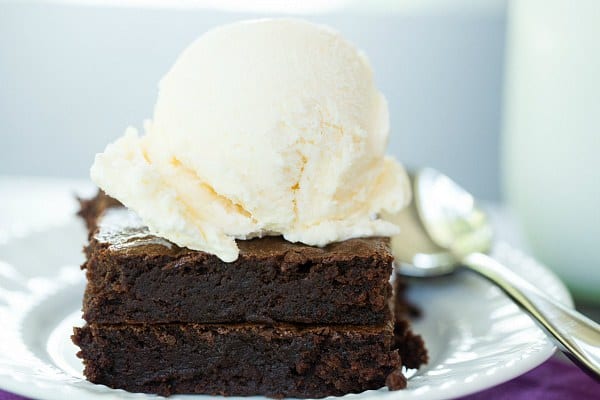 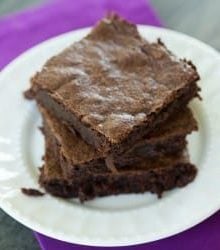 Yield: 15 enormous brownies or 24 regular-size brownies
Prep Time: 30 mins
Cook Time: 25 mins
Total Time: 55 mins
The famous brownies from the Ann Arbor, Michigan food shop. The original recipe calls for 1½ cups of all-purpose or cake flour. I used equal parts of both, but feel free to experiment with what you have on hand.
4.38 (8 ratings)
Print Pin Rate