After making these cast iron skillet cheeseburgers, you’ll never want to make them on the grill again! They’re tender, flavorful and never dry! 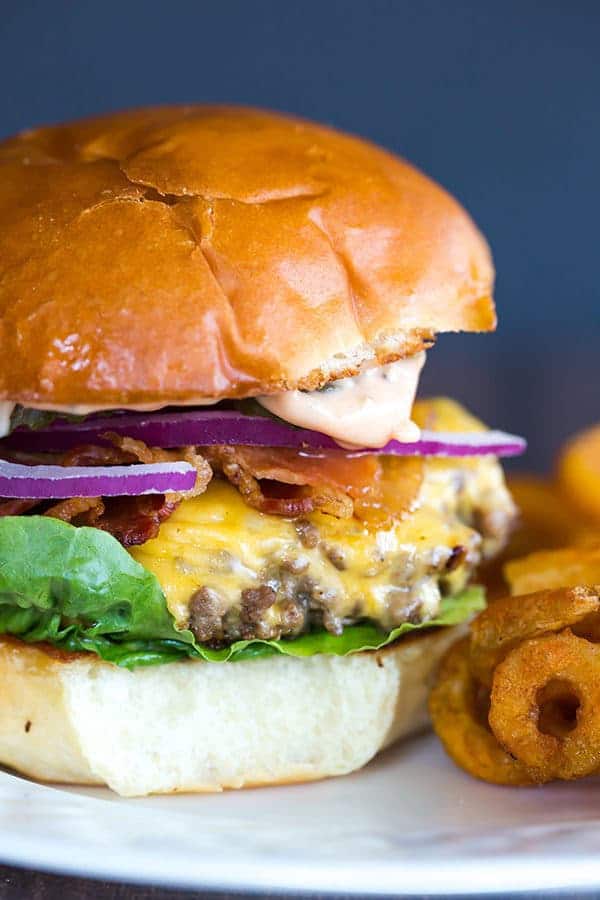 Yesterday, I shared with you my new BFF in the condiment department – classic burger sauce – and now I’m going to share with you the amazing cheeseburgers that were slathered in it! Seriously, these are going to amaze you!

At our house, burgers are typically reserved for warm weather and grilling; it’s pretty much the only time that we make them. A couple of weeks ago, my husband was reading the Wall Street Journal and handed me the lifestyle section, which had a massive feature article about how burgers should be cooked in a cast iron skillet for maximum flavor, NOT the grill. I was intrigued, and since burgers and fries have been one of my only cravings during this pregnancy, no one needed to twist my arm to put it to the test. 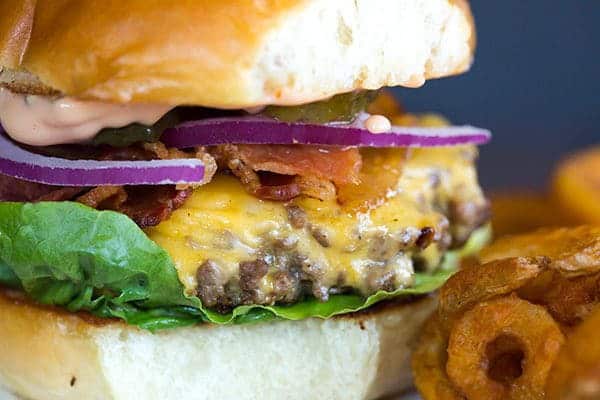 I had only eaten skillet burgers once before – my mother-in-law made bacon cheeseburgers in a skillet and they were amazing. She actually fried the bacon first, then cooked the burgers in the bacon grease, mmmm! At the time, it never occurred to me to try it that way, and it was so long ago, I forgot about it, and we continued to just grill our burgers.

The Wall Street Journal article didn’t include a recipe, so I started poking around my favorite place for go-to recipes like that – Cook’s Illustrated. They had a recipe for old-fashioned burgers that were, in fact, cooked in a skillet. DONE. Off to the store I went for the meat and I cooked up the burgers for our parents and my sister to watch the hockey game last weekend. They were a massive hit, to say the least. 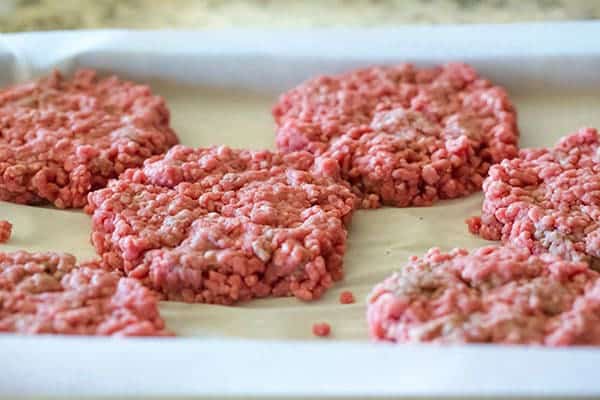 There are a couple keys to making the burgers amazing:

I’m totally sold on making burgers in the cast iron skillet from now on… while you can’t make as many at one time if you’re feeding a crowd, they take such little time to cook that it’s really not a hassle at all. I doubled the recipe below and had them all made in about 10 minutes. I covered the first batch loosely in foil, and no one got a cold burger!

And because burgers weren’t meant to go it alone, here are some ideas on what to serve with them: 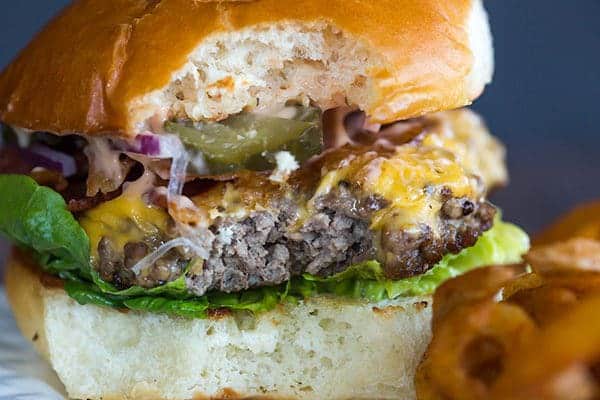 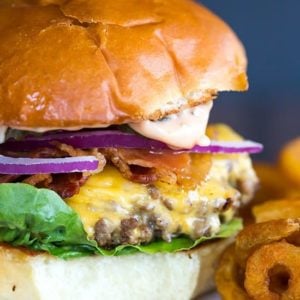 Note #1: If you go to a butcher or even have a great meat department at your local grocery store, you can ask them to coarsely grind the meat for you and skip steps #1 and #2. A great time saver! Note #2: You can shape the patties ahead of time and freeze them, separated by squares of parchment paper and wrapped in plastic wrap, then placed in a freezer ziploc bag, for up to 2 weeks. Separate the burgers and thaw at room temperature for 30 minutes before cooking. Note #3: If you don't have a cast iron skillet, use a heavy-bottomed 12-inch skillet. Note #4: If you plan to make bacon cheeseburgers, fry the bacon in the skillet first, then cook the burgers in the bacon grease instead of the butter. My mother-in-law has done this before and it's DELICIOUS. Nutritional values are based on one burger patty with cheese
Calories: 248kcal, Protein: 27g, Fat: 14g, Saturated Fat: 7g, Cholesterol: 92mg, Sodium: 435mg, Potassium: 453mg, Vitamin A: 230IU, Calcium: 226mg, Iron: 2.7mg