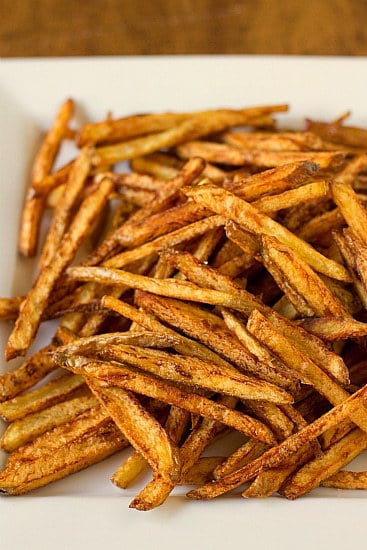 Before making these French fries, I had never deep-fried anything in my life. Sure, I had watched my and grandma fry calamari for Christmas Eve dinners, and the lingering smell of fried fish in my hair and on my clothes was proof that I had witnessed the frying, but I had never taken any frying projects on myself. Then last week, I decided it was high time to jump right in and made not only one, but two, fried recipes. Both will be featured here this week, starting with these French fries. Now, I love French fries. Love them with ketchup, with ranch, alongside burgers and sandwiches, on their own, piled high with cheese and bacon. However and whenever. It never really occurred to me to make them at home, however, because I (mistakenly) thought they would be a hassle – messy and time-consuming – and I wasn’t totally convinced that they would be all that much better than French fries I consume away from home. I couldn’t have been more wrong. These are easy, quick and DELICIOUS.

Prep is super easy – all you need to do is get your Yukon gold potatoes and slice them up into your French fry batons, which should take less than 10 minutes. 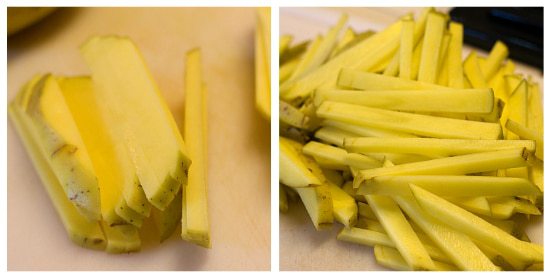 Then you toss the potatoes into the oil, together. Without heating up the oil first. I know, it sounds crazy, but it totally works.

You get the oil up to a boil, cook for about 15 minutes, then start tossing the potatoes while frying an additional 5 to 10 minutes until they are nice golden brown. And that’s it! Seriously couldn’t be easier. 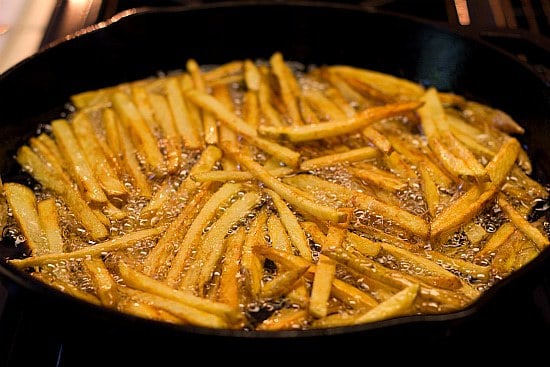 You take them out of the oil, drain them on some layered paper towels, season them how you’d like, and then dig in!

I am so excited about adding these homemade French fries to my cooking repertoire – totally delicious and any time I’m craving French fries I know I don’t have to wait until I’m eating out somewhere, I can make them right here at home! And I have the ability to season them however I’d like. Such a liberating little frying adventure! 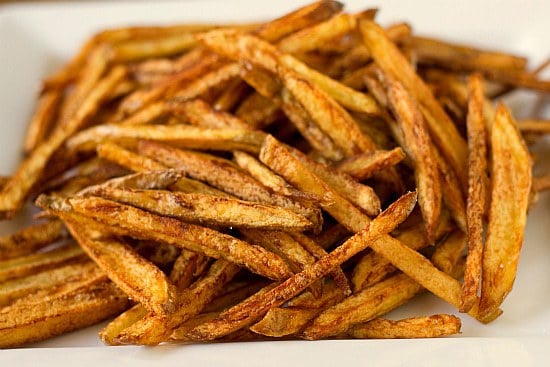 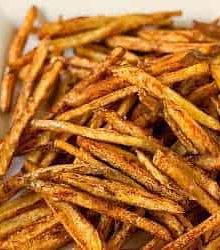