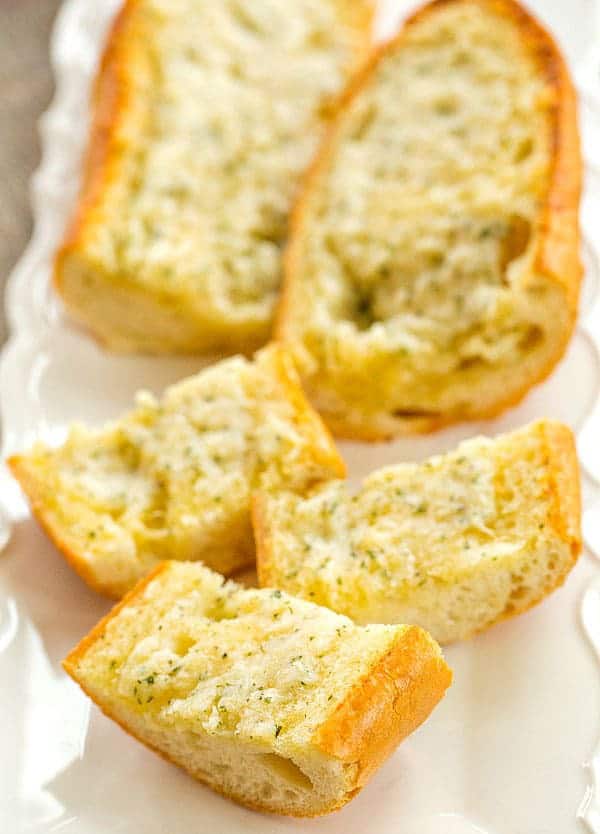 True story: before making this garlic bread, I had only ever eaten store-bought, frozen garlic bread. Judge away. It’s quick, easy and usually tastes pretty good. However, whipping up a homemade version was something I had wanted to do at some point, and when I made the cheesy baked tortellini, I thought it was the perfect opportunity to give it a try. There’s nothing quite like sopping up extra sauce with a big piece of crusty bread, am I right? 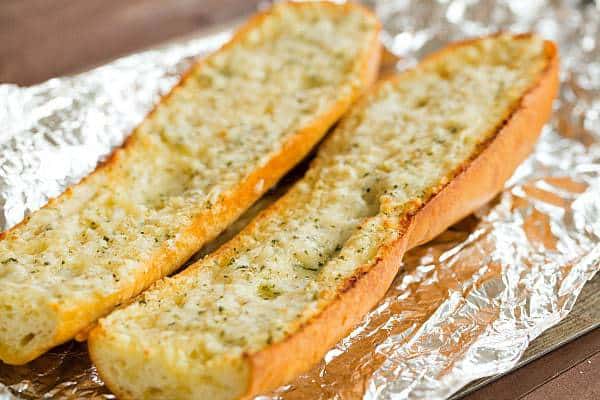 So, the verdict on homemade garlic bread… it takes maybe five minutes longer to prepare than the frozen stuff and it is infinitely better. Words don’t do it justice, really. The outside of the bread is crusty, the interior soft and chewy, and the topping is a perfect combination of buttery, garlic-y, and cheesy.

Confession: I totally stole some pieces of bread, slathered it in the topping and ate it before the loaves even went into the oven. It was heaven.

If you’ve never made garlic bread from scratch, do yourself a favor and pick up a big loaf of French bread the next time you’re at the grocery store and whip this up to go along with dinner. You’ll be fighting over the pieces that are left! 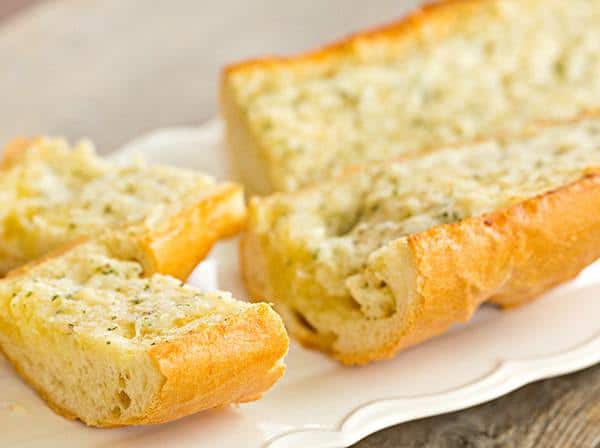 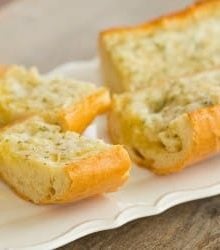