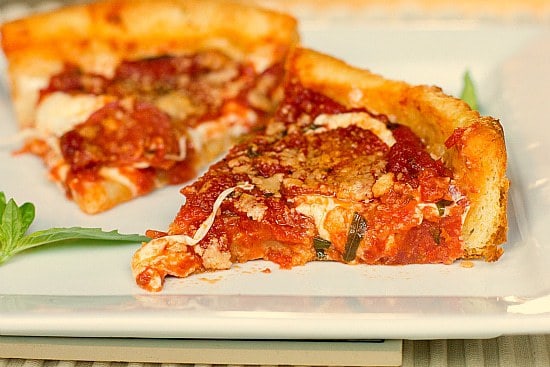 As you all know, I am a huge pizza fan. I could eat it every day of the week and be happy as a clam. Even though I have what seems like an army of relatives out in the Chicago area, I can’t remember ever eating authentic deep-dish pizza in Chicago. Up until now, I’ve gotten my fix of deep-dish pizza primarily from a Chicago-based deep-dish pizza chain, which has locations out here in the Pittsburgh area. A couple of weeks ago my Chief Culinary Consultant and I decided to watch a Pittsburgh Penguins practice that was open to the public on a random Thursday morning (love impromptu field trips!). On the way back we were trying to decide where to go for lunch when we spied one of the pizza chain’s restaurants and we knew immediately that’s what we wanted. It’s pretty much impossible to mention pizza to me and then not go ahead and feed it to me. I will become obsessed with having it. We always enjoy the deep-dish pepperoni, however we were shocked when the pizza came to the table. We hadn’t been there in awhile (probably a couple of years), and stared at our “regular size” pizza in awe. It consisted of six small pieces. SIX. Small pieces! For almost $19. Sheer insanity. There was no question that we needed a homemade alternative to that madness, even though it was delicious. Five days later, we had our homemade recipe. It’s fabulous, and I wanted more the second the leftovers were gone. The sauce is thick and chunky, the cheese is gooey, and, most importantly, the crust is buttery, flaky, and delicious. Goodbye overpriced pizza! 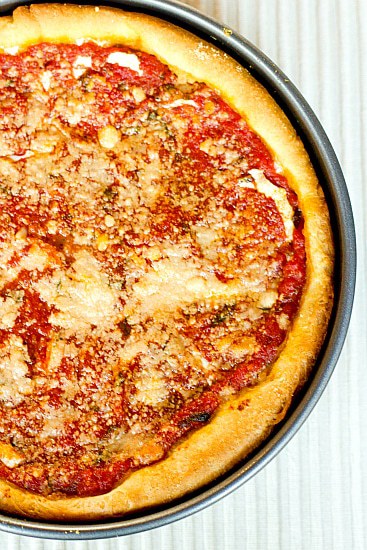 The secret to the dough is a process known as laminating the dough, which is similar to how you make croissants (although not nearly as involved or time-consuming). You basically roll out the dough, slather it with lots of butter, and then roll it and fold it in such a way that the butter ends up in thin layers within the dough, which creates a wonderfully flaky texture – one of the key components to a great deep-dish pizza.

As illustrated below, the dough is rolled out into a rectangle, smeared with butter, and then rolled up into a tight cylinder. You then flatten the cylinder slightly so you end up with a long rectangle. 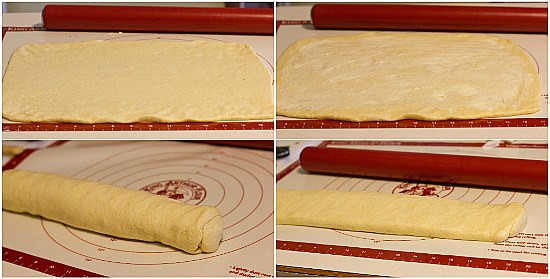 Once you have your long rectangle patted out nicely, you’ll cut it in half (hello knife that still had some basil stuck to it!) and then proceed to fold each half into thirds, like a business letter. Then pinch together all of the seams to seal them up and form two balls. Those go into the refrigerator for a short while, and then you’ll be ready to assemble your pizza. The stint in the refrigerator chills the butter, which is essential for the texture. When cold butter hits a warm oven, it creates pockets of steam, which is how you end up with tons of flaky layers. 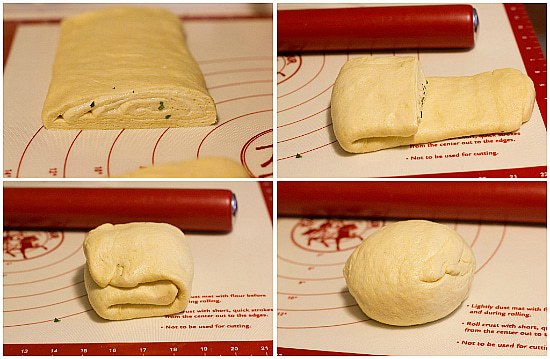 Once you’re done chilling the dough, you’ll roll it out into a 13-inch circle and fit it into your oil-coated pan. Next comes the cheese (mozzarella is a must!), throw on any toppings (we love pepperoni) or none at all, and then finish off with your sauce and a healthy dose of Parmesan cheese. 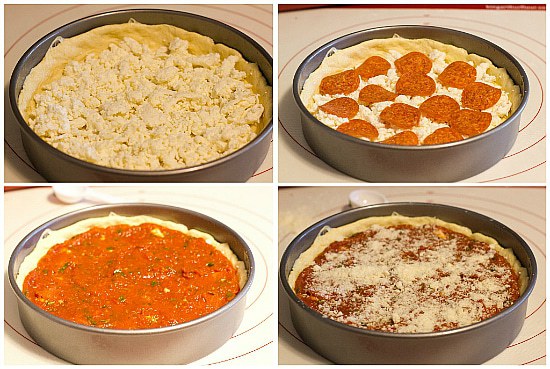 Bake it up, and before you know it, you’ll have crazy delicious pizza waiting for you! 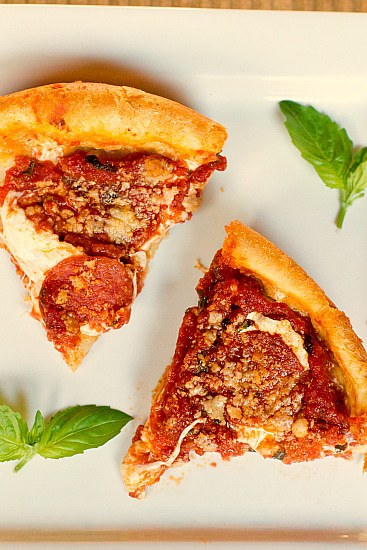 This recipe makes two pizzas, so I decided to make one according to the recipe, and to tweak the second one. The reason? I am not a huge sauce fan and prefer my pizzas with a large cheese to sauce ratio, so I wasn’t sure that I would really like an entire layer of sauce on the very top of my pizza. So, for the second one, I made the pizza exactly the same except that I switched up the order of the toppings on the dough. Instead of cheese, toppings, sauce I did a traditional pizza of sauce, cheese, toppings. In the back of my mind I kind of figured that I would prefer it this way, but boy was I wrong!

Not that it was bad, of course. It’s hard to make a bad pizza, especially homemade. However, the original deep-dish provided a far tastier pizza, and my Chief Culinary Consultant agreed. I was honestly really surprised! However, I shook my head at myself for questioning a Cook’s Illustrated method in the first place – they are usually always spot-on, and this was no exception. I will definitely go all-in with the traditional deep-dish method from now on!

The experimental pizza, however, did provide a really nice gooey, cheesy picture :) Yum! 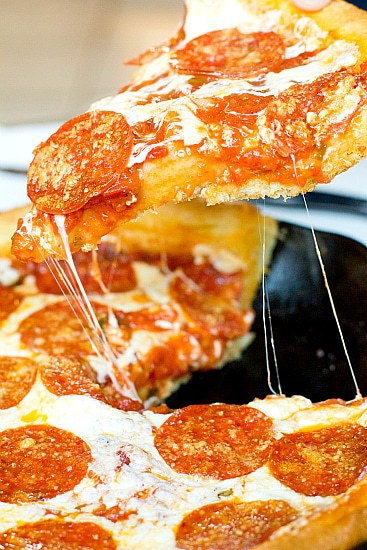 I’m thrilled to have an awesome deep-dish pizza recipe to bake up when the urge hits now. I’d love to try a version with sausage and maybe mushrooms, and a vegetarian one as well. Do you have favorite toppings for deep-dish pizza? 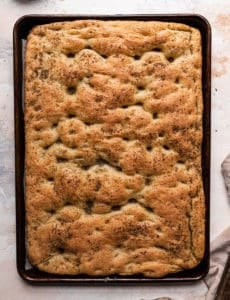 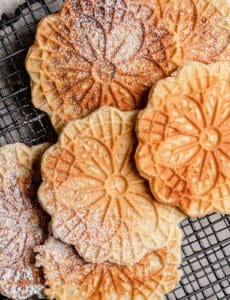 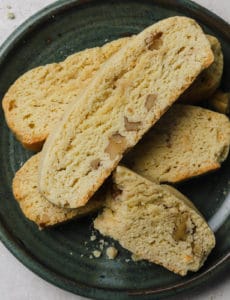 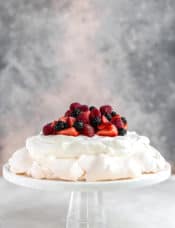