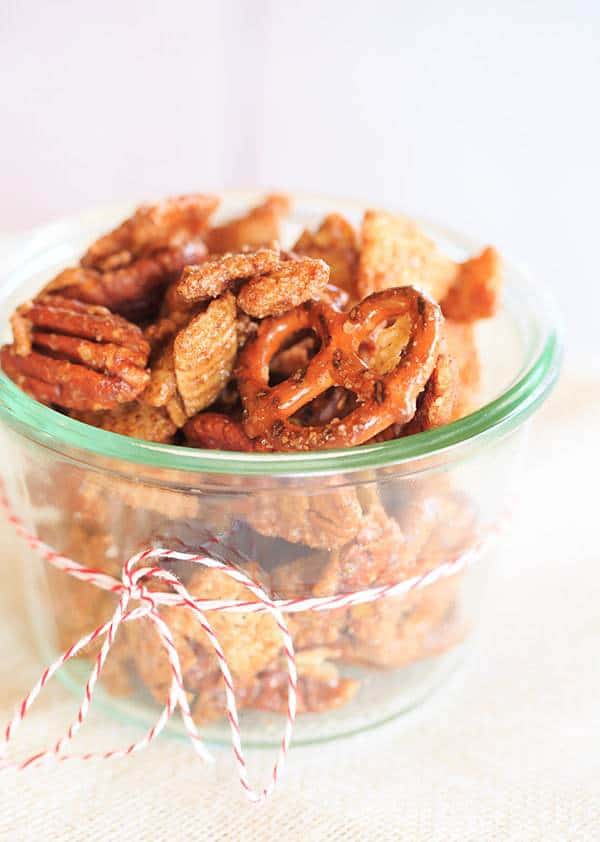 Chex Mix has long been my road trip snack of choice, but it wasn’t until a few years ago when I started making it myself at home. I’ve made a couple of different versions, but they have always been savory. So when I got a big box last week from General Mills with all sorts of holiday goodies, including a box of Rice Chex and a recipe card for candied Chex mix (which was developed by Ali from Gimme Some Oven), it took me all of one day before I whipped up the recipe. I’m already madly in love with candied pecans, so I assumed that I would be completely smitten with this candied Chex mix. I was absolutely, positively correct. 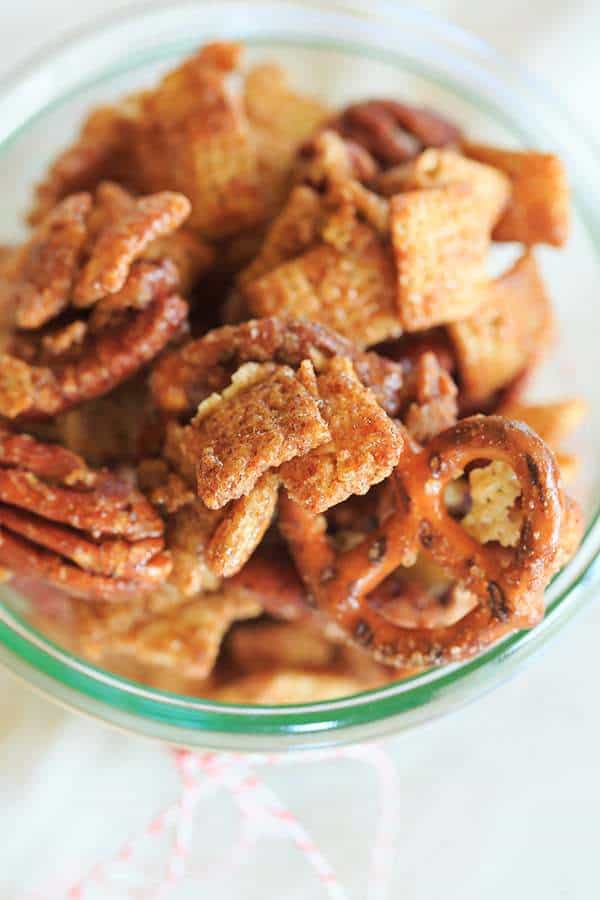 If you’ve ever made candied pecans, you’ll use the exact same method for making this candied Chex mix…

First, toss together all of your dry ingredients, then whisk together your egg whites until frothy and coat all the cereal mixture. Next, mix together the sugars and cinnamon, throw that onto the cereal, pecans and pretzels and toss again to coat everything. Spread on a baking sheet and bake for about 45 minutes… once it’s cooled, you’ll have wonderful cinnamon and sugar-coated clumps of Rice Chex, pecans and pretzels. It’s the perfect sweet and salty mix to keep on hand for company or to give away as hostess gifts or holiday goodie bags.

The original recipe calls for cayenne pepper, which I used as written, but would probably delete it next time. The mix isn’t spicy, it just has a tiny amount of bite, but I think I’d prefer to just go for all sweet. I left the cayenne in the recipe, but noted it as optional.

My husband said that this tastes very similar to Cinnamon Toast Crunch, and I do not disagree. I haven’t been able to stop sneaking handfuls of this every time I wander into the kitchen. Grab a bowl, load it up, and watch Elf over and over again! 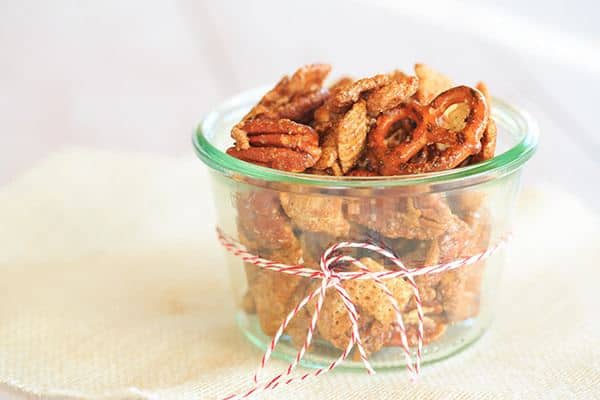 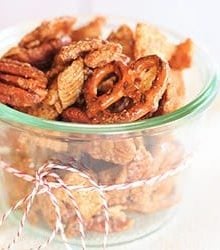