An easy coconut-honey doggy cake made with only a handful of ingredients and perfect for celebrating your pup’s birthday! 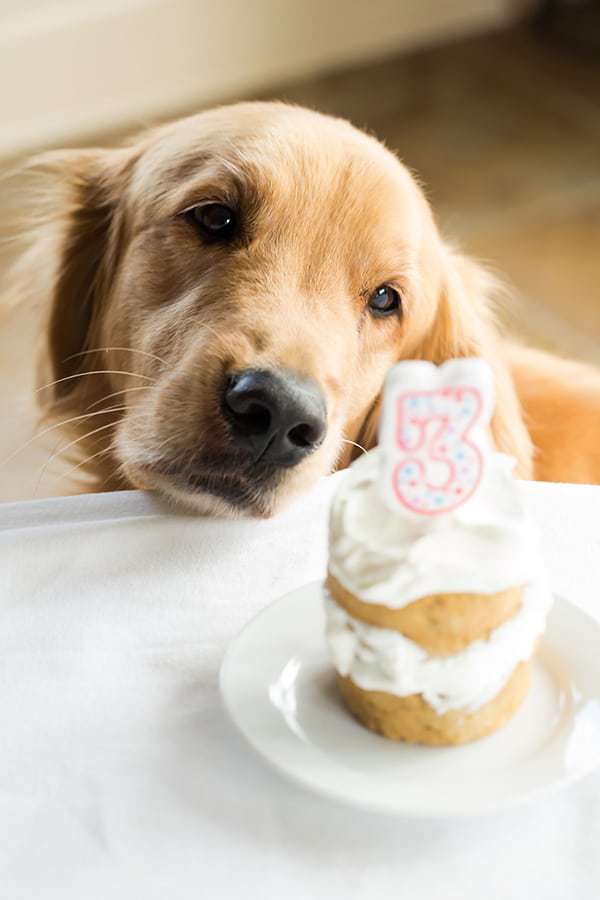 I can’t believe this little furry nut has been with us for nearly three years already! Time flies when you’re having fun, right?! A week after we got back from our beach wedding, we picked him up. Our house wouldn’t be nearly the same without him, and Einstein would get a lot more uninterrupted nap time in, for sure ;-)

We’re so excited to celebrate his special day today – a lot of tug of war with Einstein, chasing tennis balls in the back yard, and a ton of extra affection (which he can’t get enough of). He and Einstein got to devour his birthday cake a day early! :) 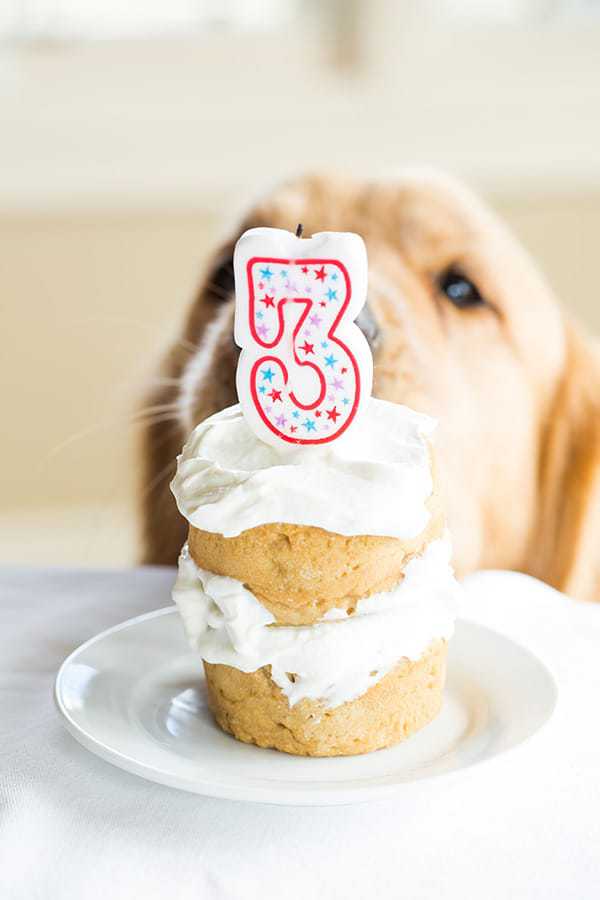 If you’ve been following along here for any length of time, you know that I like to whip up a new homemade dog treat (or cake!) for Einstein and Duke’s birthday. Since Einstein has now blown out nine candles(!) there’s a pretty good archive of doggy treats if you’re interested!

This time I churned out a really easy and simple four-ingredient coconut-honey cake for Duke. The “frosting” is simply plain yogurt; both he and Einstein gobbled it up in no time, so I’m pretty sure it was a big hit :)

I’m off to snuggle that big fur ball for the rest of the day! :) 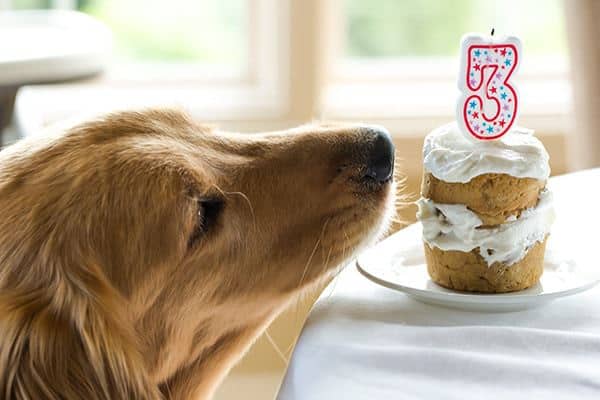 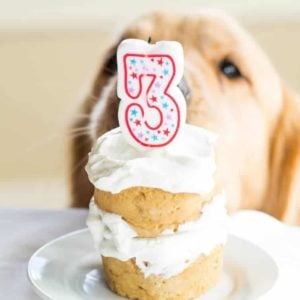