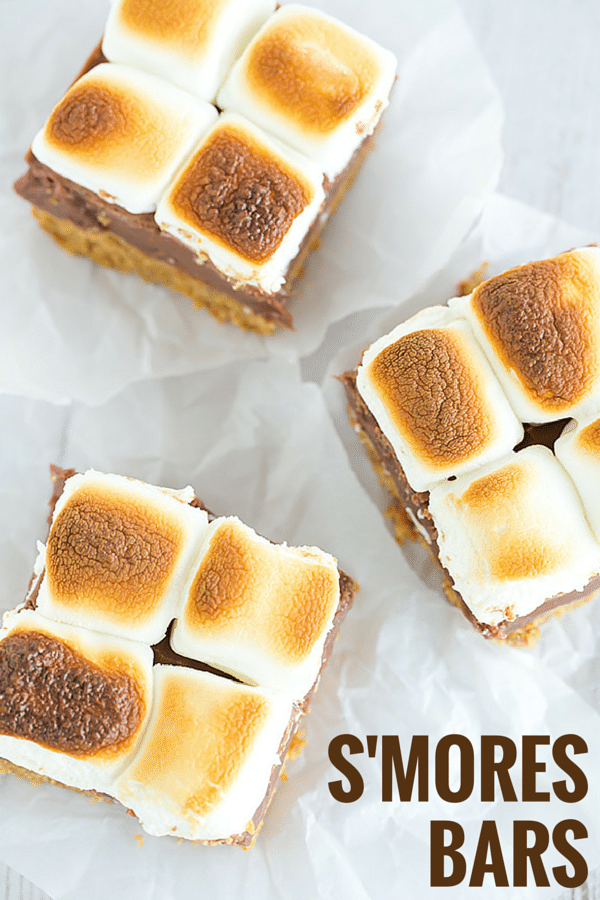 These s’mores bars boast a thick graham crust, a fudgy milk chocolate layer, and are topped with toasted marshmallows, of course! 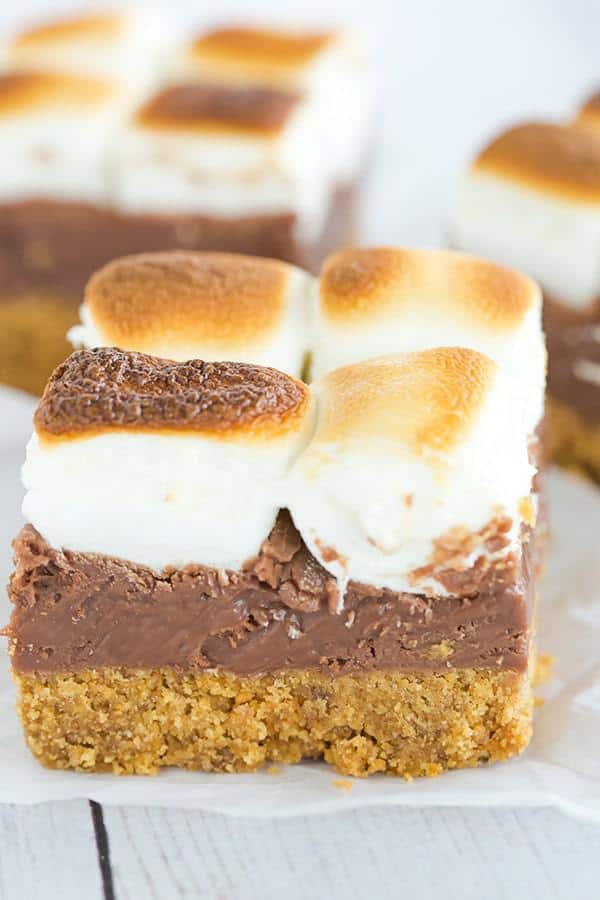 Is there anything better than smashing a piece of chocolate and a hot, gooey, toasted marshmallow between two graham crackers?

If you don’t want to have to linger over a fire to toast that marshmallow and you want to eat them for days on end, then these bars are your answers. A local bakery sells a s’mores bar that I die over every single time I eat it. There’s a super thick graham cracker crust, a layer of rich ganache, and then massive, puffy, toasted marshmallows. I’ve wanted to recreate it forever, and the upcoming 4th of July holiday seemed like the perfect excuse! 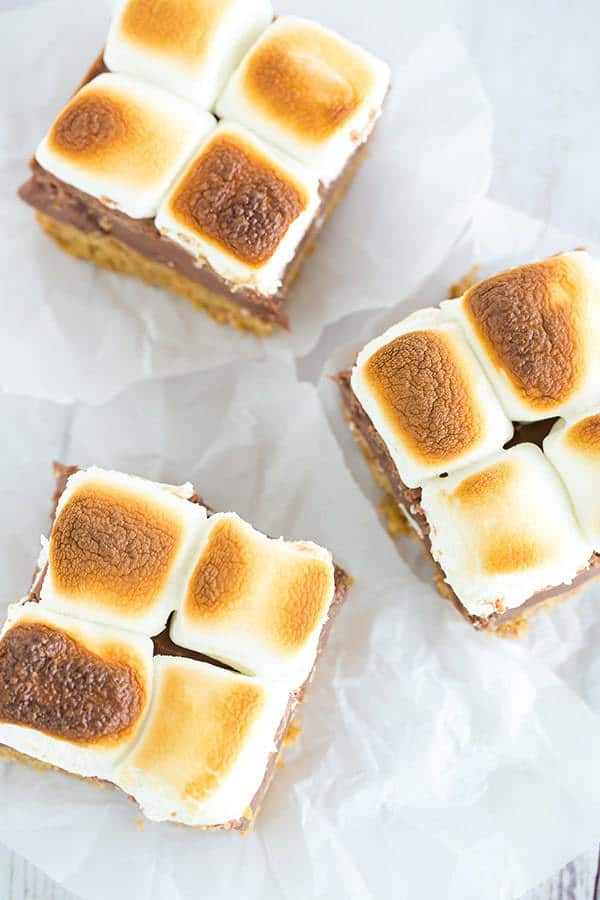 I made two different iterations of this s’mores bar over the last couple of weeks – the first one was totally no-bake (didn’t bake the crust and used my kitchen torch on the marshmallows), and this second version features a slightly baked crust and broiled marshmallows.

The verdict? We all liked the taste of the unbaked crust better, but it was extremely crumbly and just kind of fell apart when you tried to eat it. So, I settled for a crust that was baked for a short time – just enough to help it solidify so that it could be sliced and stayed together when eating it.

Torching the marshmallows gives them a bit more of a toasted/burnt flavor, but the broiler did a better job at evenly puffing and toasting all of the marshmallows. For both, everyone agreed that these are definitely best shortly after toasting the marshmallows since they’re nice and gooey and haven’t settled into that gummy consistency yet. (Although I’m happily still eating leftovers because I’ve never met a marshmallow or a s’more that I didn’t like!)

SO… take that information and run with it! You can make them as written, mash them up, whatever you’d prefer! There is always the option of using homemade marshmallow creme for the top layer, but that went beyond the easy, simple summer recipe I was after. 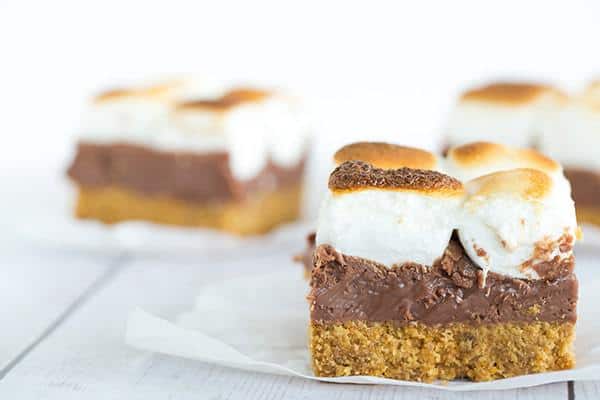 These s’mores bars come crazy close to the ones I fell in love with at the bakery and are the perfect way to quench my cravings for s’mores, which I tend to have nearly every night throughout the summer.

If you dig s’mores, MAKE THESE! 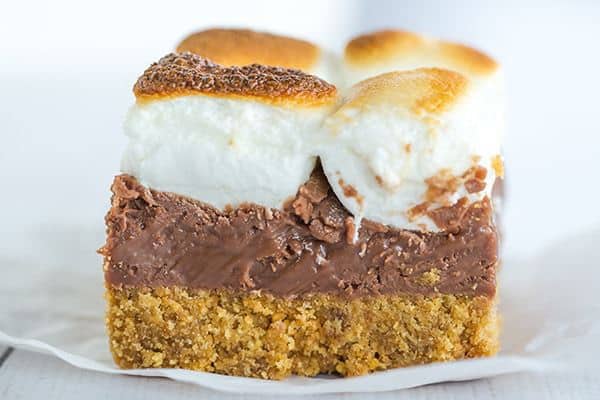 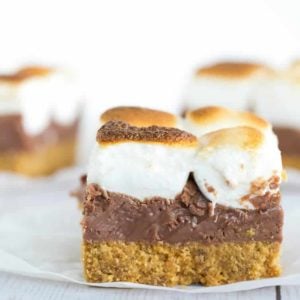 For the Graham Base:

For the Chocolate Layer:

For the Marshmallow Layer: