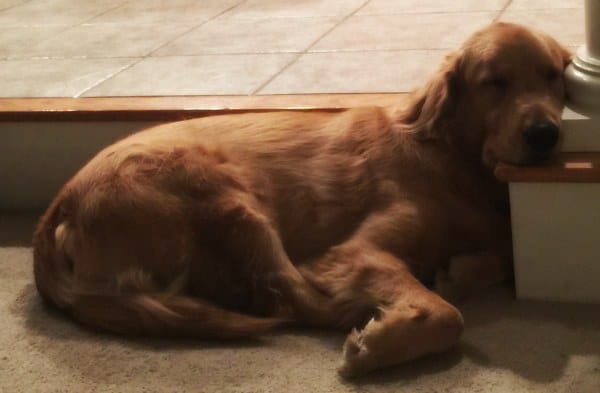 1. This little guy loves to cuddle up when he sleeps. He prefers to be as close to Einstein as possible, but when Einstein has himself wedged into a corner, Duke snuggles up to anything he can find :)

2. Tomorrow is baby shower day! I have a feeling that once we are bursting at the seams with baby paraphernalia, things are going to feel a lot more real and imminent!

3. We finally got our first taste of snow yesterday afternoon. I know I’m in the minority, but I just loooooove the snow! It didn’t stick to much of anything other than our mulch beds and grill cover, but it made me feel all cozy just seeing it swirl around :)

4. On a semi-related note… I bought my first Christmas present this week… and it’s two weeks before Thanksgiving! This might be a new record for me. I was trying to have everything finished by Thanksgiving, but it doesn’t look like that’s going to happen.

5. I’ve been doing quite a bit of purging lately (is this a nesting thing?) – I got rid of old toiletries and makeup that I haven’t used in ages, as well as some seasonal clothes that I know I didn’t wear last year. I found out about this monthly exercise called The Subtraction Project from Jen and it sounds awesome. It’s a daily assignment for month – each one has to do with cleaning out, organizing, etc. I haven’t started it yet, but I can’t wait to dig in!

6. Last week, I told you I was craving Pop-Tarts. So, I bought them. Not surprisingly, they totally underwhelmed me. Maybe I’ll make and freeze a batch of homemade Pop-Tarts if I’m feeling super productive one day :)

7. I got my hair trimmed yesterday and I feel like I’m stuck in a cycle of my hair not really growing even though I’m desperately trying to grow it longer. I would really love to grow it another three inches or so, and it DOES grow, but I go about every 8 to 10 weeks to get the dead ends trimmed off, and my hair lady swears she just cleans up the split and dead ends, but then it’s really significantly shorter. It’s an endless circle! Any tips on growing hair out without letting the ends get crazy?

8. I haven’t made a homemade pizza in ages, and I suddenly started craving one a couple of days ago. I need to whip one up next week! What’s your favorite homemade pizza flavors?

9. Are you watching Homeland this year? I was slightly concerned about what they were going to do with the story line after how last season ended, and I honestly wondered if it would be any good. I am most definitely pleasantly surprised at how good it’s been. The last few episodes with Carried have been, um, awkward? However, other than that, I think it’s been fantastic, and I become a bigger and bigger Quinn fan every week. I’m also LOVING Scandal! I wish they released the entire season at once; after binge-watching the first three seasons I got seriously spoiled! Important question: Fitz or Jake? I am 100% rooting for Olivia and Fitz. 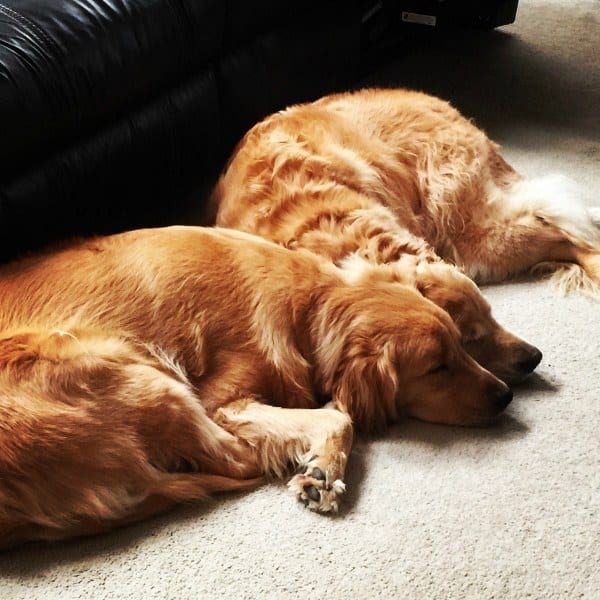