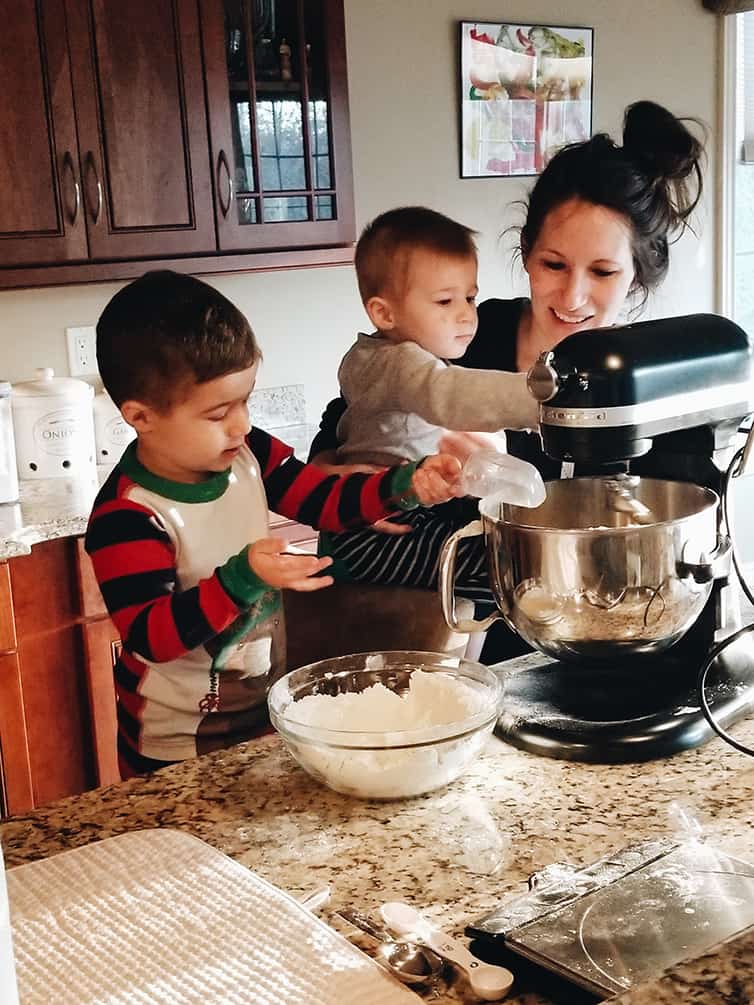 1. I feel like it’s been so long since we’ve chatted since I took last Friday off for the holiday! How was your Thanksgiving? We had a wonderful day and spent last weekend decorating for Christmas (and baking bread together!). Joseph is SO into helping and “projects” right now and he’s getting old enough to understand and follow directions, so he was my little tree decorating elf while Dominic napped. He picked out the next ornament and handed it to me, then I gave him the empty box or bubble wrap to put away. He LOVED it and has been so excited to tell anyone that comes over he helped decorate the tree 💗

And I swear Dominic has grown by leaps and bounds over the last few weeks. He doesn’t crawl at all, sometimes gets into a full-on run if he’s excited, and has been babbling SO much and saying some words, which makes communicating with him so much fun. Mama, dada, yes, no, done… and lately he and Joseph have been chasing each other around the house and Dominic SHRIEKS like a banshee he’s so happy. It’s loud and crazy here, but boy is it fun to see the two of them together!

2. While we had a joyous holiday weekend at our house, prep on Wednesday occurred under somewhat sad circumstances as a local police offer who was killed in the line of duty was laid to rest. The incident happened less than 10 minutes from where my husband grew up, where my in-laws and my aunt and uncle live; it’s an area where many people my husband and I have been friends with over the years are from. It hit very close to home and when the local networks were airing the funeral live, we just couldn’t NOT watch, even though it was so devastating. My thoughts and prayers are with his family; he was only 25 years old and since becoming a mom when someone young dies, all I can think of is their parents. I just cannot imagine, especially right now with the holidays.

3. On a much lighter note, I’ve surpassed the halfway point of this pregnancy and am almost 22 weeks along! I continue to feel really good for the most part; this baby is sitting wayyyyy lower than either of the boys did (I had tons of rib pain with Joseph he was so high), which has given me some bouts of sciatica pain, but nothing constant. That’s really my only “complaint”!

4. Something totally crazy happened on Thanksgiving night… my sister texted me and our cousins a screen shot of this meme that appeared on a Facebook page, 80s Kids Rule: 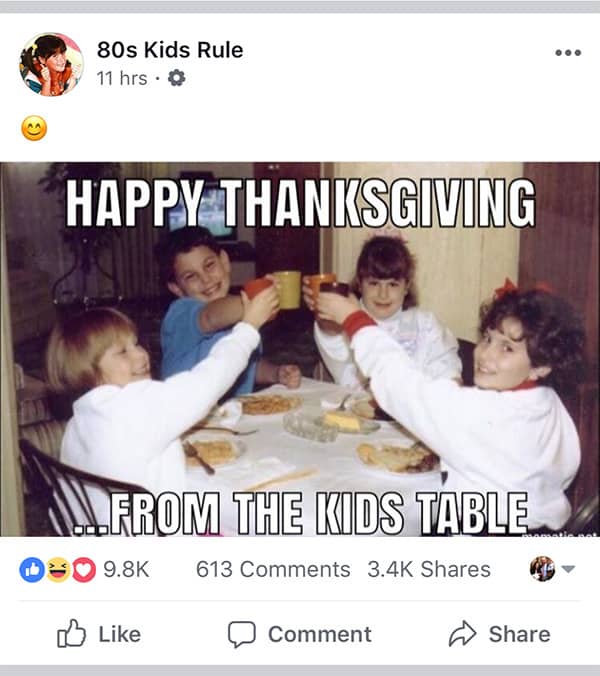 A friend of hers tagged her in the comments, saying, “isn’t that you and your sister??” Um yes, yes it is, lol.

If you’ve been reading here for a long enough time (a REALLY long time!) you might recognize the picture from a Thanksgiving post I did seven years ago. It’s a picture of me, my sister, and our two cousins eating Thanksgiving dinner at my grandma’s house. Apparently someone found that picture and made it a meme? HYSTERICAL… my only regret is that no one found it earlier in the day or the four of us could have recreated the picture while we were together. Next year!

5. Did you do any Black Friday or Cyber Monday shopping? I did exactly ZERO. Oh wait, that’s a lie, I bought myself socks, ha! I bought a few different pairs of these; have you ever tried them? I’ll report back

6. This is a fantastic comparison of butter versus shortening in pie crusts… and I want to eat all of those little pie crust pieces!

7. Apparently Instagram is spying on me because lately my entire Explore page has been 95% filled with Golden Retriever pictures. I just want to hug and love them all ❤️

8. In case you missed it earlier this week, don’t forget to entire the Wolf Gourmet Countertop Oven giveaway! It is such an amazing and beautiful countertop appliance!

9. I would love to hear any recommendations you have for movies that are out in theaters right now or coming out soon! My husband and I are feeling a movie date night, but I rarely see trailers because we watch so much from the DVR, on demand or Netflix!

10. TGIF! Lots of love from Duke on his comfy downstairs bed! 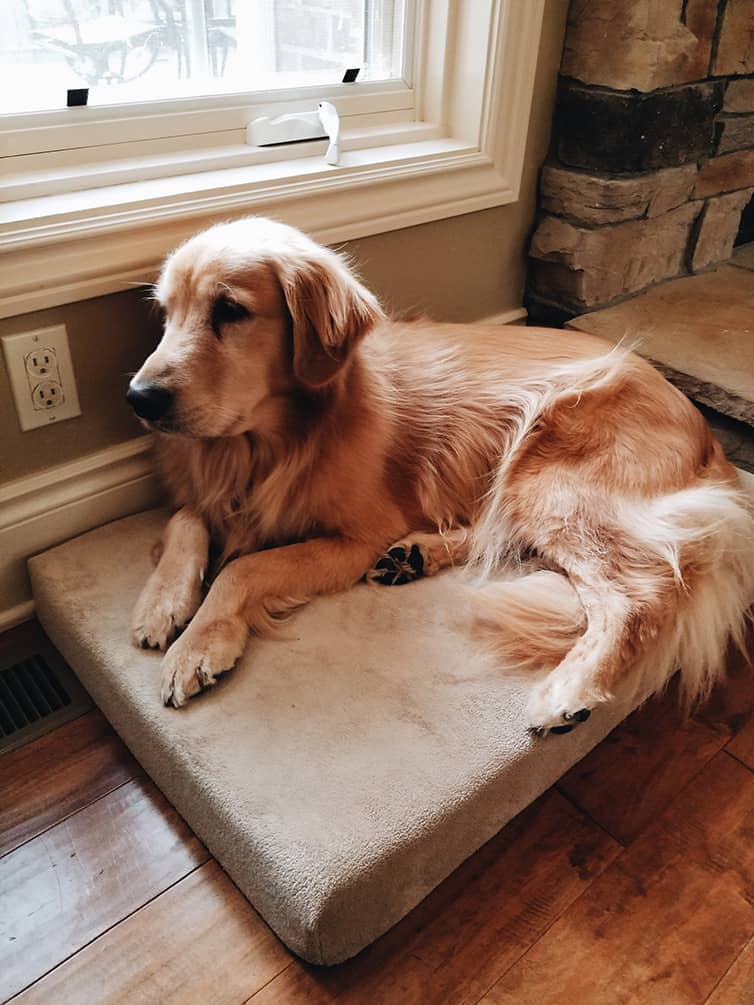 « Previous PostCoffee and Doughnuts Trifle
Next Post » The Weekend Dish: 12/2/2017