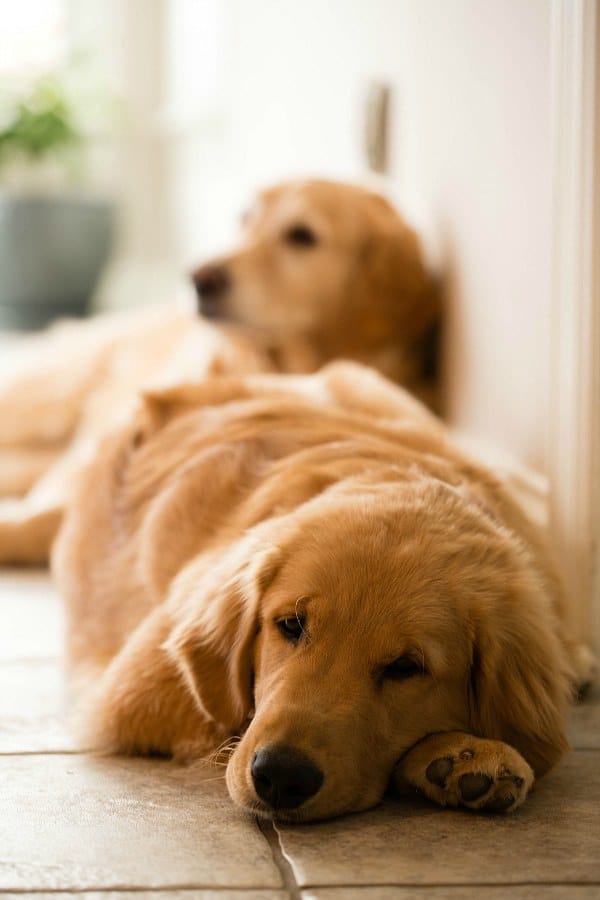 1. Christmas Eve morning… Einstein and Duke were on their best behavior; I told them that Santa was watching :)

2. A few snapshots from our Christmas Eve this week; we had such a wonderful time celebrating our first married Christmas! 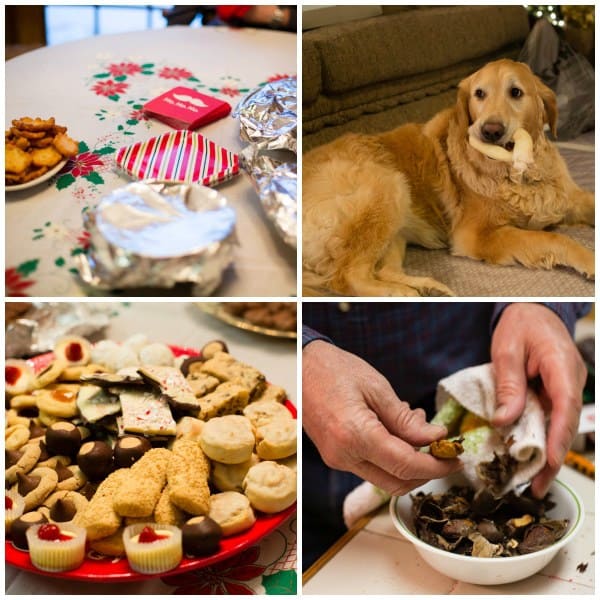 3. I never take nearly enough photos at holidays; I always have my camera ready, but totally forget about it once we start the festivities! It happened on Thanksgiving, and again at Christmas. Any tips for getting some good candid photos without having a camera up to your face all night?

4. It’s become tradition on Christmas Eve to eat dinner, clear the table, then make white chocolate steamers to sip while we sit around the living room and exchange gifts. It gives us a chance to digest before diving into dessert, and oh my gosh, these drinks are so good! 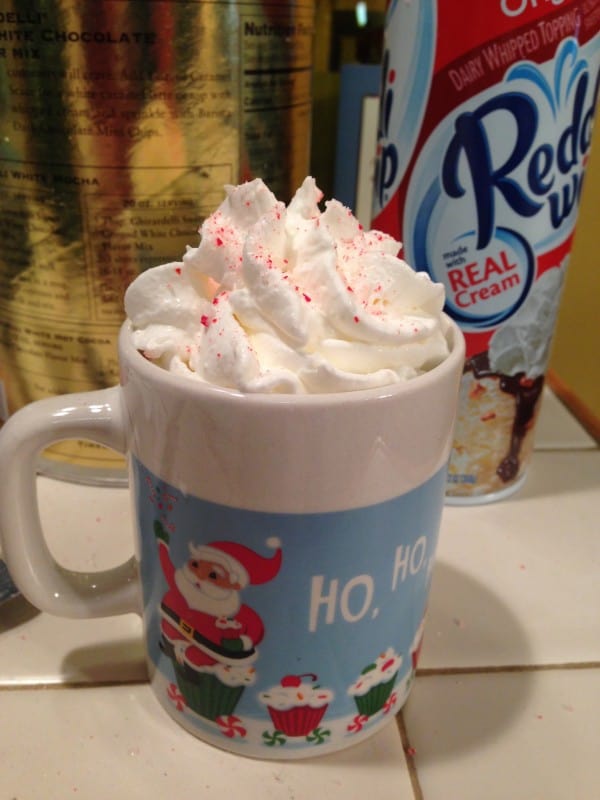 If you haven’t tried this yet, you need to come up with whatever excuse is necessary to make it immediately. SO.GOOD.

5. Last week, I tried chocolate-covered bacon for the very first time. I was completely unimpressed. I love bacon and I love chocolate, but the two together didn’t really add much to either flavor. Have you tried it? What did you think?

6. My Chief Culinary Consultant saw this on Facebook awhile ago… so, so incredibly true! 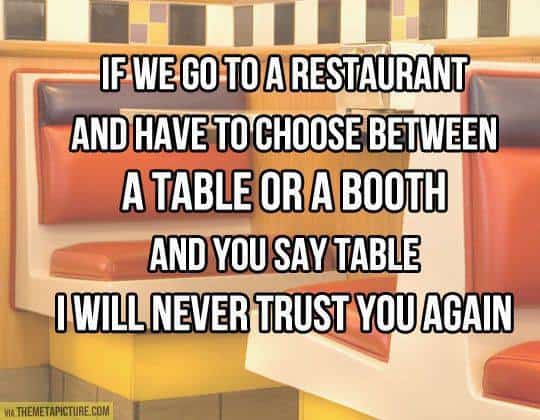 7. I don’t know how I forgot to talk about the Homeland finale last week. I won’t spoil it for those of you who haven’t caught up yet, but OH.MY.GOD. I’m still stunned. I’m also infuriated that I have to wait 9 months for it to start again!

8. About six weeks ago, my 80-year-old grandma began texting. I was stunned when I left message for my grandparents one afternoon and that evening, my phone lit up and it said I had a text from my grandmother. She has had a cell phone for awhile, but only ever used it when away from home and absolutely necessary. I thought for sure when I opened the text that it would be a bunch of jumbled letters due to her hitting some wrong buttons. Nope! It was a real message, responding to the voicemail I had left on their answering machine! She has since texted me a handful of times, and has even sent me pictures. I’m so proud! 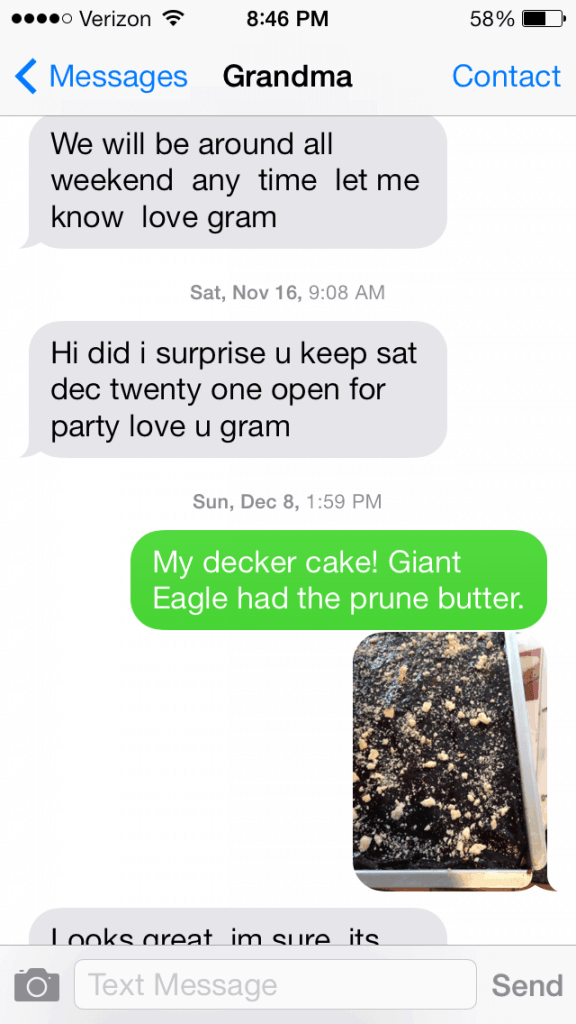 9. With New Year’s just around the corner, have you made any resolutions for 2014? I haven’t sat down and made a list, but one of my biggest priorities for next year is making homemade versions of store-bought “staples” – ketchup, mustard, body cream, lip balm, etc. I’m excited to try some new things! 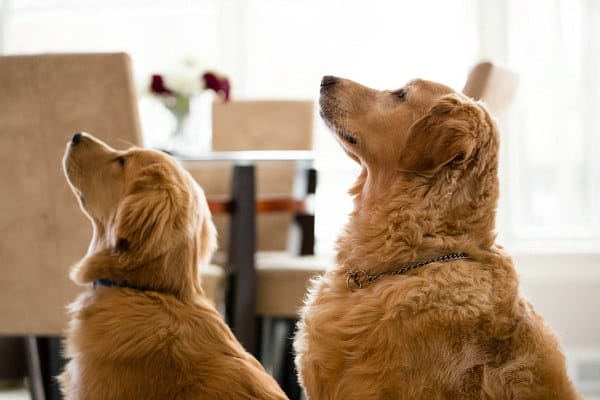