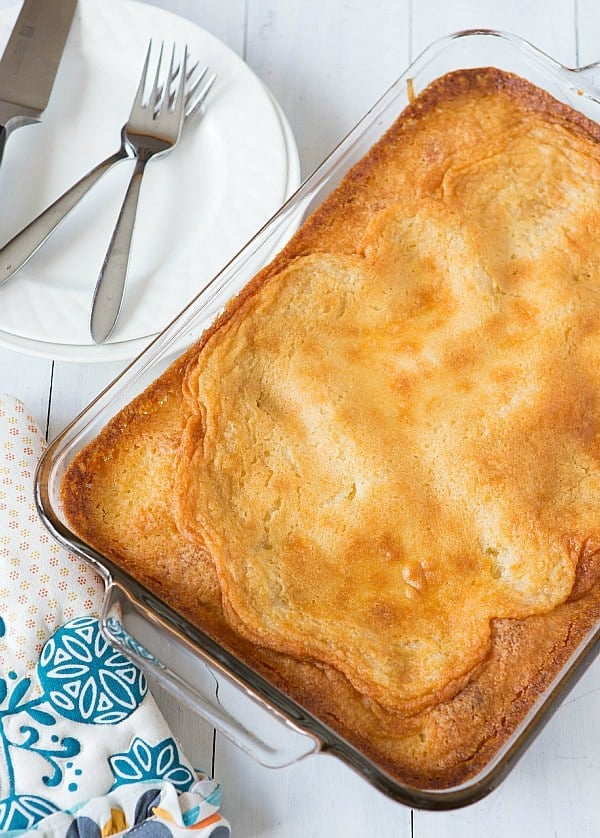 It’s the week after Valentine’s Day, so I’m guessing that there might be more than a few of us who are slowly crawling out of a chocolate coma. There are very, very few occasions where chocolate isn’t at the forefront of my brain, but the week after an indulgent, chocolate-laden holiday is definitely one of them. That being said, I can’t very well forget about dessert. Blasphemy. Instead, I thought we could use a little chocolate break, so I tackled a recipe that has been gnawing at my brain for quite some time.

The name screams, “Make me immediately!” I have seen tons of recipes that use either a box cake mix or the homemade version of a box cake mix, and a cream cheese topping. I did some research and found that Gooey Butter Cake originated in St. Louis, Missouri and that there are actually two different versions: a “baker’s” version that has a yeast base and a topping using corn syrup and sugar; and a version for “home preparation,” which uses cake mix and a cream cheese topping. I love to make things as close as possible to an original, so I went with the “baker’s” version here. Also known as the “long version,” but totally worth every minute. 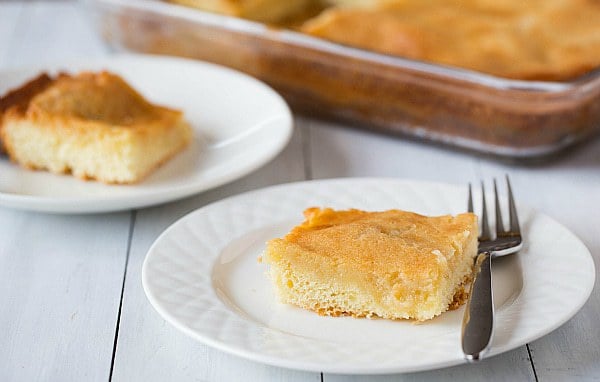 This gooey butter cake is a little bit deceiving. It’s sweet, without actually coming across as very sweet. The base of the cake is a yeasted dough, which is topped by a butter and sugar batter and baked until golden brown. It’s less like a traditional cake and more like a coffee cake or breakfast pastry. While I’ve never had this particular cake before, tasting it reminded me of sitting around my grandma’s dining room table. She always had a carafe of coffee and some sort of Entenmann’s pastry out on the table, just in case a neighbor would stop by to chat. 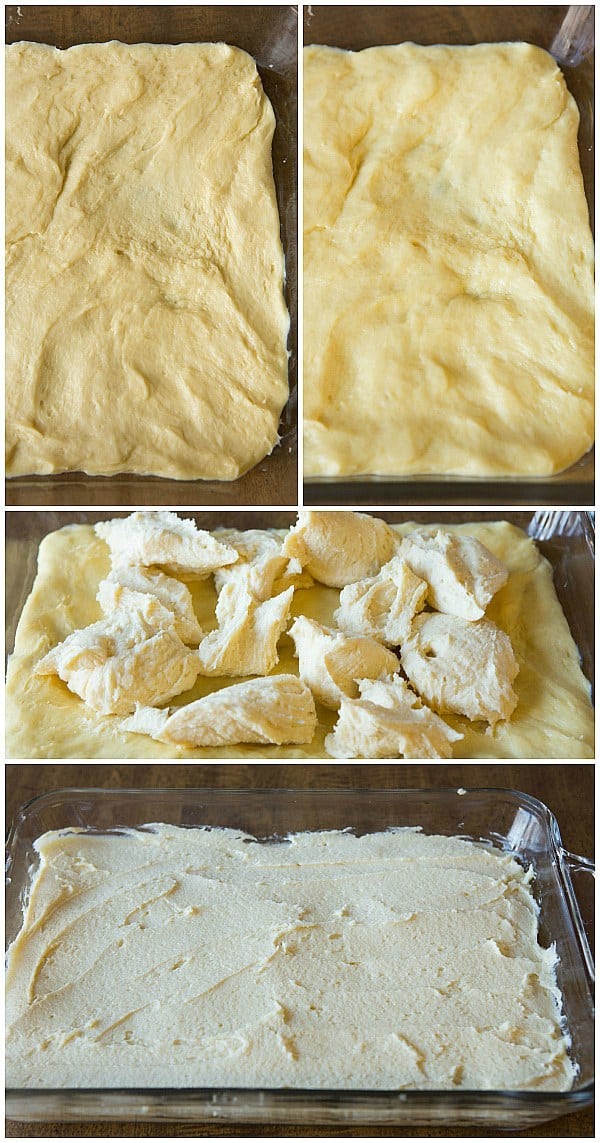 This recipe is all about taking some extra time and making something from scratch… forgetting about the clock and appreciating the process. It’s about enjoying life’s simple pleasures, whether that’s a special piece of cake for breakfast, a cup of coffee or spending some time with a friend on a random weekday morning. 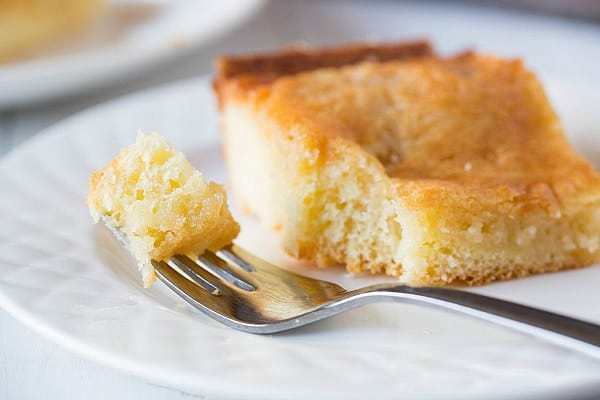 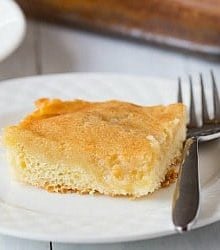