These brownies are the brainchild of Ina Garten – huge, wonderfully rich and complete with tons of chopped walnuts! 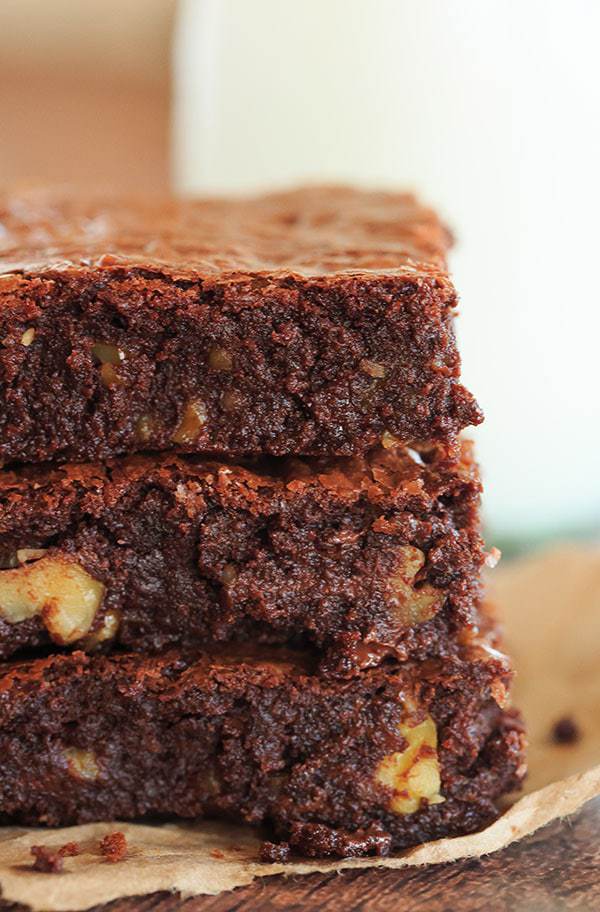 I first made Ina Garten’s outrageous brownies recipe only a few short months after I launched this website; I had originally halved the recipe and I’ve been wanting to make the full recipe for some time now. Something about an entire half sheet pan of brownies sounded way too good to pass up. Mission accomplished!

At the time, I had read so many crazy wonderful things about this recipe on cooking and baking forums that I frequented and these outrageous brownies in no way disappointed. They are super rich, packed with chocolate and include a substantial amount of chopped walnuts for good measure. 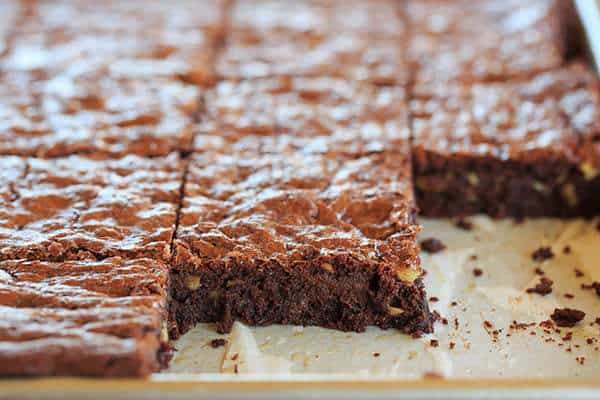 You may have a slight heart attack when you read the ingredients below, so let me prepare you…

These brownies are rich, and the half sheet pan makes an enormous amount of brownies. While Ina’s recipe calls for cutting this recipe into 20 large brownies, I think that’s a bit overkill (even for me). You can easily get anywhere from two dozen to 40 brownies depending on how you decide to cut them.

Last but not least, definitely refrigerate these! They transform from really soft brownies to firmer, fudge-like brownies and you can really appreciate the addition of the chocolate chips when they are chilled. The refrigeration is definitely not optional as far as I’m concerned!

Grab a glass of milk and dig in! 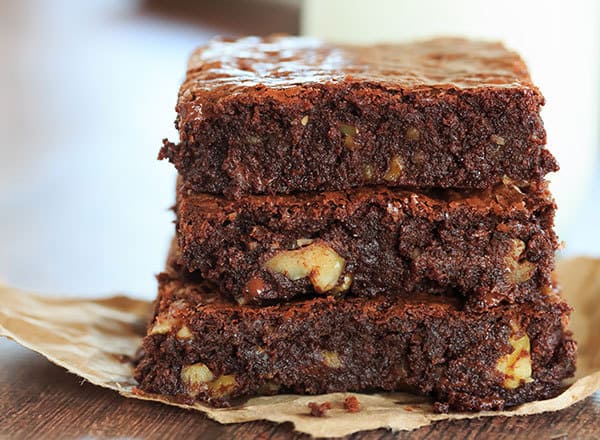 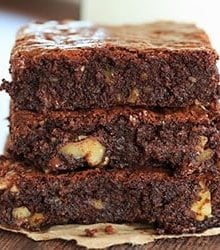 This recipe was originally published on October 9, 2007.